An unseasonal deluge continues to batter Queensland as the deadly rainband moves southeast after floodwaters claimed the life of a woman on the central coast.

Floodwaters claimed the life of a woman north of Mackay when a car was swept from a floodwater causeway on Wednesday morning. 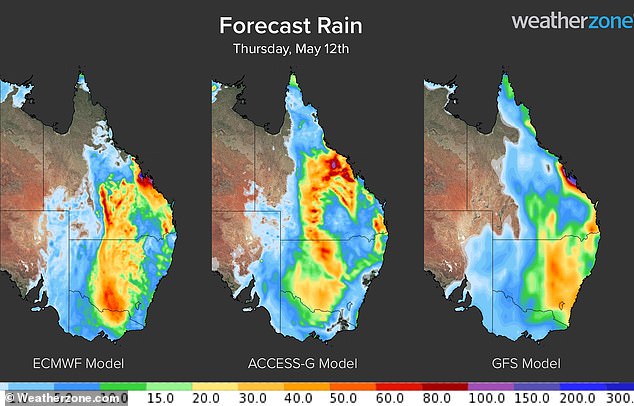 Two other passengers, a man and woman, escaped with minor injuries.

While the far west starts to dry out, the Bureau of Meteorology warns the rain will continue to fall.

Heavy downpours and possible thunderstorms are forecast for the central, southern and southeast regions of Queensland on Thursday.

‘Moving into Friday, we see the focus move to the southeast and, after that, the system moves away to the east and conditions improve on the weekend.’

Rainfall totals across the east of the state were generally between 50-70 mm, with areas between the Daintree and Mackay, the Sunshine Coast and Central Queensland recording more than 100mm on Wednesday. 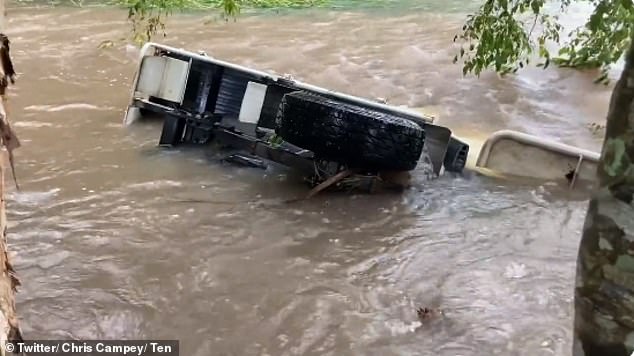 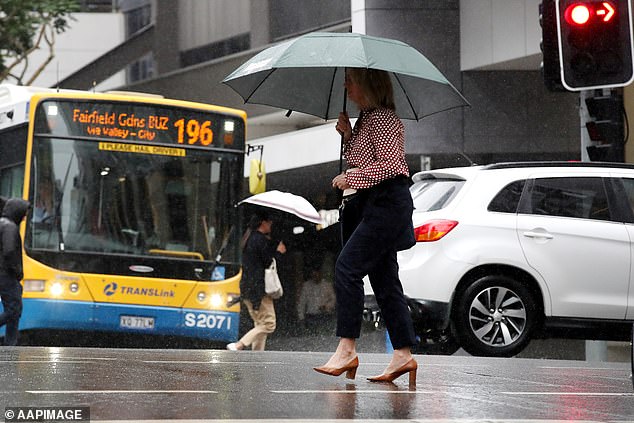 Beaches on the Gold and Sunshine coast are expected to remain closed with dangerous surf and huge swell along the coastline.

Sydneysiders can also expect to see rain as they finish their working week before the system eases off heading into the weekend.

‘We are expecting rainfall today,’ a Bureau of Meteorology meteorologist said. 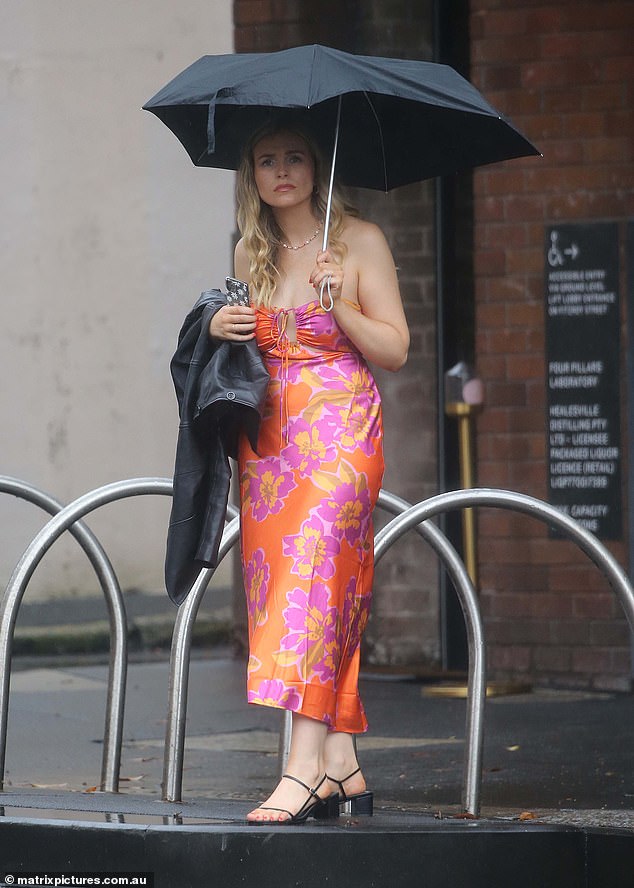 ‘The system that’s bringing that rainfall will continue moving over Sydney tomorrow.

‘There will be a shower or to but move away later in the day with conditions improving into the afternoon and evening.

‘Then the weekend’s looking pretty good with a slight chance of showers on Saturday and Sunday.’

The NSW coast is predicted to be battered by heavy winds on Friday and Saturday. 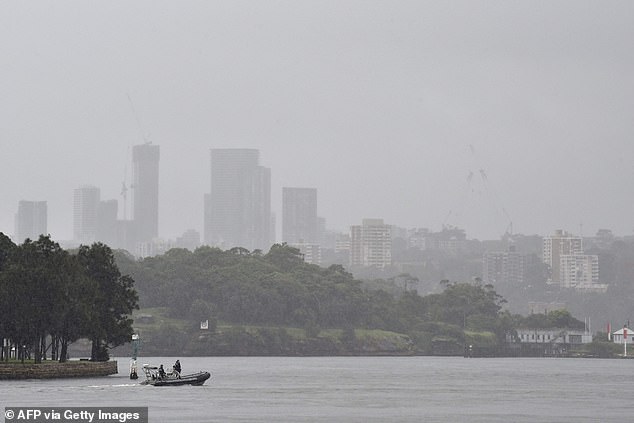 The BoM has issued a Marine Wind Warning for several regions off the NSW coast including the Sydney Coast, Illawarra Coast, and Batemans Coast

Melbourne is forecast for a grey weekend with high chances of low rainfall heading into next week.

‘Melbourne could get a shower today,’ the BoM meteorologist said. ‘We’re right on the bottom of the weather system that’s affecting Queensland and New South Wales.’

‘A cold front will move through Melbourne on the weekend, so we’ll see showers on Saturday and hang around on Sunday.

‘The coolest of that air will start to come in on Monday and Tuesday, with showers expected each day.’

Perth residents some drizzle in coming days as heavy rainfall eases on Thursday into light showers over the weekend. 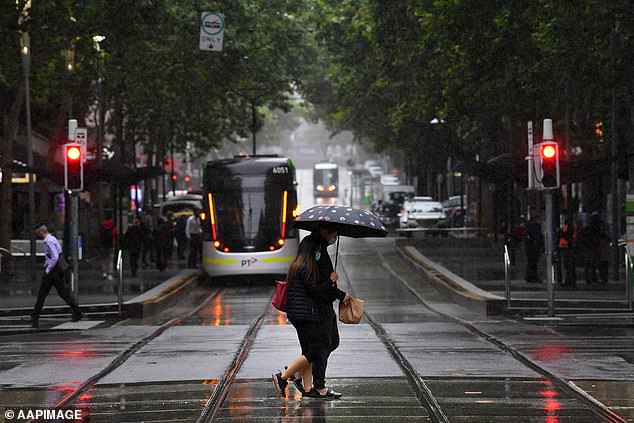 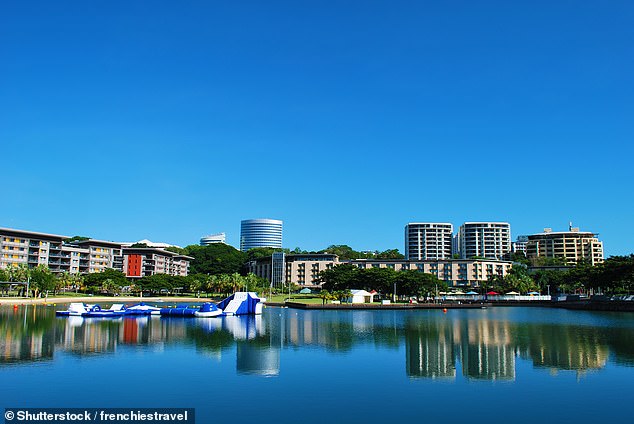 Cloudy weather is settling in over Adelaide but no rain is expected until Saturday, with a maximum rainfall of 3mm forecast.

Thursday’s clouds will partially leave Hobart on Friday before light showers set in Saturday through to next week.

The grey skies are predicted to be paired with cold temperatures with a low of 9C expected on Friday.

Canberra’s rain on Thursday will ease into showers over the weekend before moving away Sunday night.

Darwin will see a cloudy start to the weekend before the sunshine moves in on Sunday and sticks around through to next Tuesday.

The sunny weather will see maximum temperatures reach the low thirties and lows sit comfortably in the low twenties.

Razor wire steel fences around the US Capitol complex removed

Three-bedroom Devon home goes on the market for £110,000 – but is covered in rubbish