The wife of legendary Australian Olympic swim coach Dick Caine says he has ‘six months’ to live after being charged with allegedly sexually abusing teenage girls he trained more than 40 years ago.

Caine, 76, was arrested at his home home in Condell Park, in Sydney’s south-west, just after 7am on Wednesday morning.

He was taken to Bankstown Police Station, where he was charged with six counts of carnal knowledge teacher of girl aged 10-17 years and three counts of assault female and commit act of indecency – between 14 and 16.

Police allege Caine indecently and sexually assaulted two girls aged 15 and 16 on numerous occasions in the 1970s while he was their swim coach.

Caine’s wife Jennifer told Bankstown Local Court on Wednesday her husband was dying of cancer and has ‘maybe six months’ left to live. 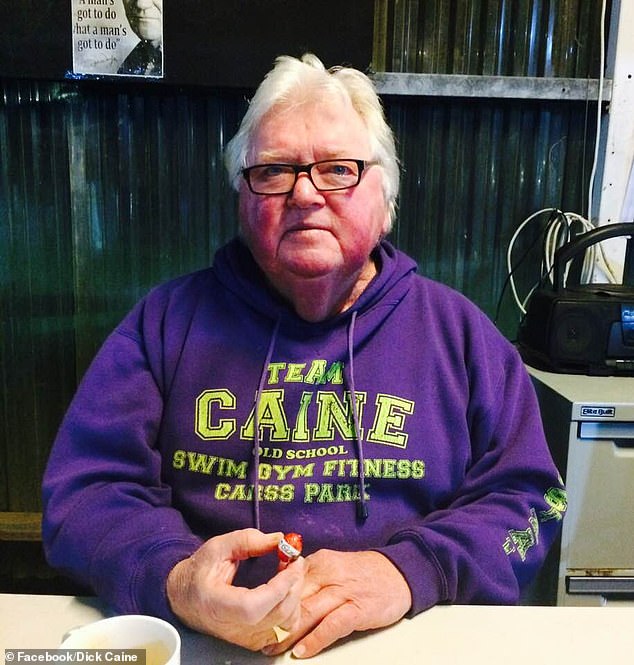 Caine was the head coach at Carss Park Swimming Pool in Sydney’s south for more than 40 years, before retiring in 2018.

In his 51-year association with the pool he trained 17 Olympic and World Champion swimmers and numerous state and national champions including Michelle Ford, Janelle Elford, Karen Phillips, Stacey Gartrell and Michellie Jones.

In January last year, NSW Police received information about allegations of sexual and indecent assaults in the 1970s of teenage girls at a swim school at Carss Park, in the city’s south.

As a result of the allegations, investigators uncovered further information about other alleged sexual abuse incidents involving another teenage girl at the same swim school, also in the 1970s.

Caine’s lawyer Bryan Wrench applied for his release on bail on Wednesday, saying he would ‘fight to his dying last breath’ to ensure his name was cleared.

‘Today NSW Police charged an innocent man, a terminally ill man, for an offence that occured 46 years ago,’ Mr Wrench said according to reporting by the Telegraph.

‘He is going to fight to his dying last breath to clear his name, it’s a terrible situation.’

Caine appeared in court via video link in a grey hoodie, with his family saying they had been inundated with support by his former students. 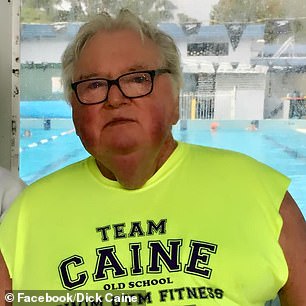 The magistrate agreed to release him on $10,000 bail and must report to police, noting a backlogged NSW District Court schedule meant his case likely wouldn’t be heard until after Caine had died.

Police noted the ‘courageous’ alleged victims who have come forward against Caine and said their claims were ‘concerning’.

‘I would like to acknowledge the courage and bravery of the victims who have come forward in relation to this matter,’ Superintendant Chris Nicholson told media.

‘It is never easy for a victim of sexual violence to come forward and tell their story to police.’

‘Standing here today I would like to say, to all victims of sexual abuse living in our community, that the NSW Police Force wants to listen to your story.’

Prosecutors will allege the abuse occured over roughly two years in the 1970s at ‘various locations’ around Sydney’s south. They say the alleged victims were aged between 15 and 16-years-old at the time of the abuse.

‘We will investigate all matters that come to our attention with our full potential and we will wrap our full support around victim survivors as they tell their story,’ Supt. Nicholson said, appealing for any other alleged victims to come forward.

The pool and gym facilities at Carrs Park, at the time Caine was coach, were used by sporting champions such as Kostya Tszyu, Jeff Fenech and Sonny Bill Williams.

In March, Caine was inducted into the Australian Marathon Swimming Hall of Fame.

The place in Australia with the biggest average new houses