Photo sparks outrage as driver is slapped with $275 fine for street parking – can you see why?

A Sydney woman was shocked to find she had been slapped with a $275 fine for parking marginally over the edge of her neighbour’s driveway.

Elly Belfort, a resident of Summer Hill in the city’s inner west, had arrived home last week to find her suburban street packed with cars.

She managed to squeeze her Mini into a tiny spot behind another vehicle, believing she had enough space between the back of her car and the driveway behind.

The next morning she found the exorbitant fine waiting on her windscreen.

‘I assumed [the neighbours] probably called the council because I find it really hard to believe that a ranger would fine a car parked like that,’ she told Yahoo.

‘I’ve parked my car like that many other times in many other places and never had an issue.’ 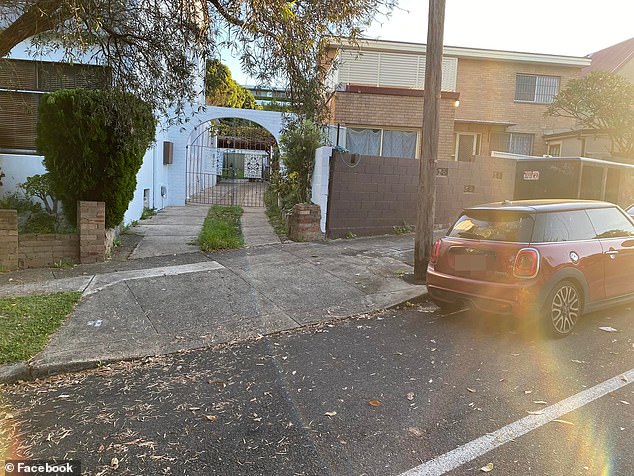 Ms Belfort said she has an ongoing knee issue which makes it difficult to walk long distances, and was desperate to find a spot close to home.

She also revealed she had a run in with her neighbours as recently as two weeks ago, who complained about her parking near their driveway.

‘A few weeks ago I parked there. I heard [the neighbours] start yelling at me saying ‘how do you expect me to drive away you’re blocking my driveway’,’ she said.

‘They had no manners. They said they’re going to call the council.’

The Summer Hill resident posted the image to Facebook, saying she was ‘perplexed’ by the fine.

The post saw dozens of comments with people overwhelmingly in support of Ms Belfort, many encouraging her to contest it. 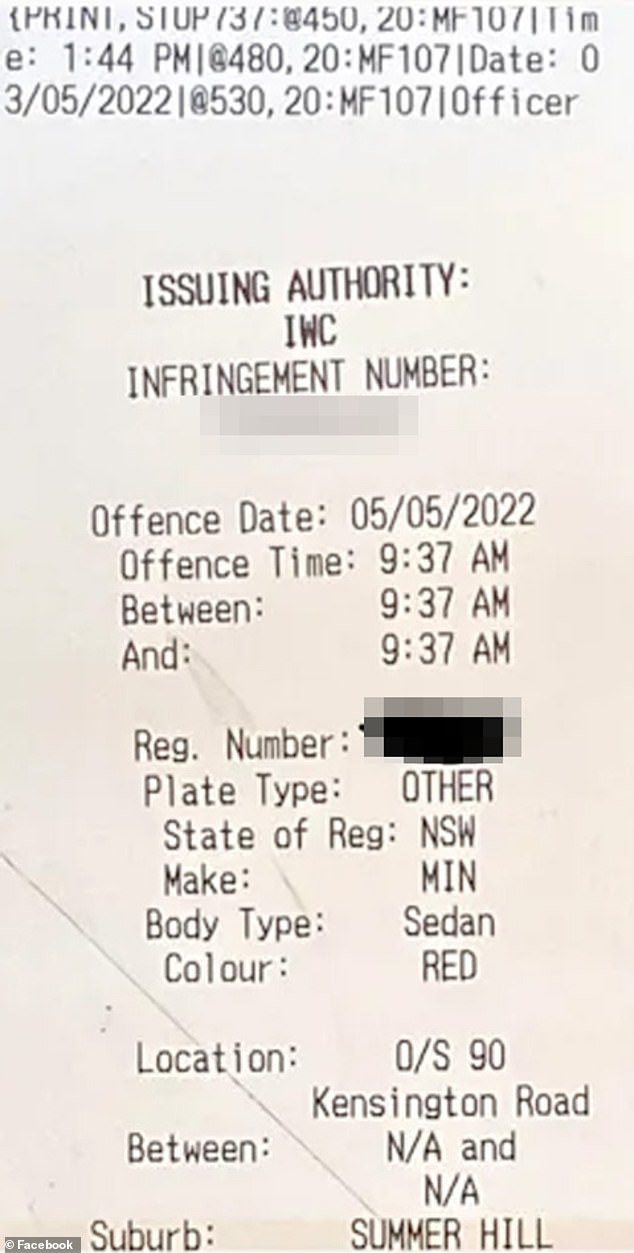 ‘It’s close, but I can’t see that you’re obstructing the driveway at all. There is plenty of room to drive in and out,’ a Facebook user commented.

‘Oh that’s just nasty. I would contest that,’ another said.

‘My general rule is to ensure my car doesn’t pass where the curb begins to dip for the driveway,’ another added.

Ms Belfort said she was going to appeal the decision but had ‘little hope’ it would be overtuned.

A spokesperson for Inner West Council confirmed they had received her appeal but insisted Ms Belfort was in the wrong.

‘Road rules note that no part of the vehicle should be on or across the driveway (including the layback),’ the council said.

‘However, in this case, Council has reviewed the situation and will change the original fine to a caution.’

Care worker, 26, who left little girl with her paedophile lover is struck off