Commuters are stunned as TikToker reveals little-known detail about Sydney trains: ‘How have I never known this’

A savvy Sydney commuter has shared what a confusing colour chart on train signs mean.

The chart shows rectangles corresponding with the incoming trains carriages with green showing the cars with the most seats available to red which indicate the car is full.

Scroll down for the video 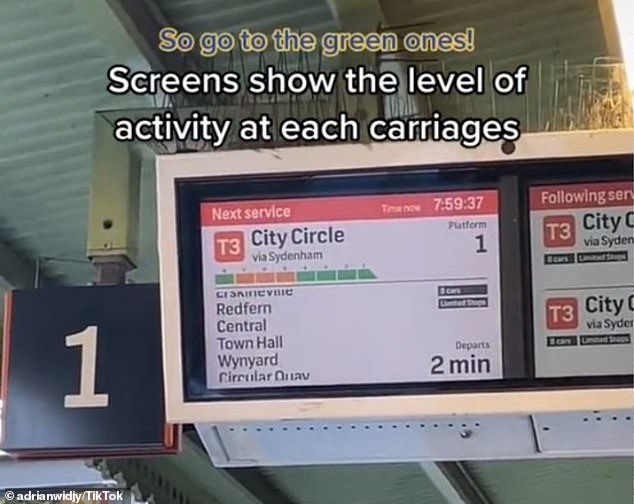 The screens also show when the next train will arrive, how many cars it has and its stops.

The capacity chart is designed to let commuters choose less crowded carriages for their journey.

‘I didn’t know this, screens show the level of activity in each carriage,’ Mr Widjonarko said. 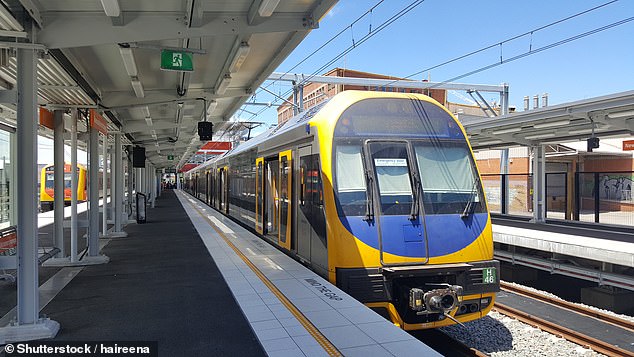 Rail Express told Yahoo News the capacity information is only available at Waratah train stops, including the T1 North Shore and Western Lines, and is measured using weight sensors.

Commenters were amazed by the new information.

‘How have I never known this,’ one commenter wrote.

‘Really? I always thought it was showing you which carriage was closest to the exit,’ another said.

David Miliband brushes aside outrage from MPs over his seven-figure salary to claim £20,000 pay rise

Urgent search for 15-year-old girl who went missing while walking her dog in Penrith, NSW