Public schools in NSW will welcome back students from next week as lockdown further lifts, but some elite Sydney private schools are making their own rules.

A few prestigious colleges are so concerned about Covid clusters during Year 12 exams they are offering remote learning to some students until next year.

Trinity Grammar at Summer Hill has barred senior students from returning to class until January, despite the government’s roadmap specifically opening schools before the HSC period begins on November 9. 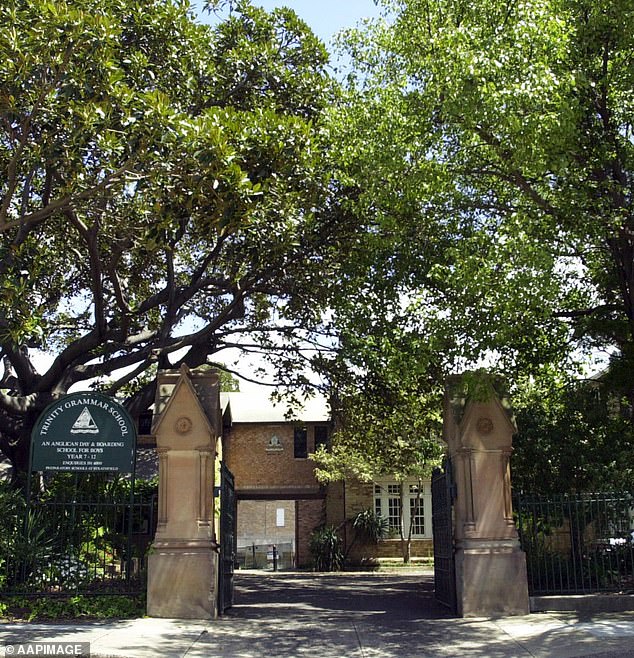 The school said the importance of students completing International Baccalaureate exams – a globally recognised alternative to the HSC – unhindered was more important than resuming in-person classes.

‘If one of the boys was infected because of that return, it would prevent many members of the cohort from attempting their examinations … we deemed this risk was not worth taking,’ headmaster Tim Bowden told The Daily Telegraph.

The college prides itself on the performance of students in IB exams with five students last year attaining a perfect score of 45 – equivalent to an ATAR rank of 99.95, according to a press release from the school.

‘There were 35 perfect scores in Australia – and Trinity students had five of them,’ the $37,030-a-year school wrote. 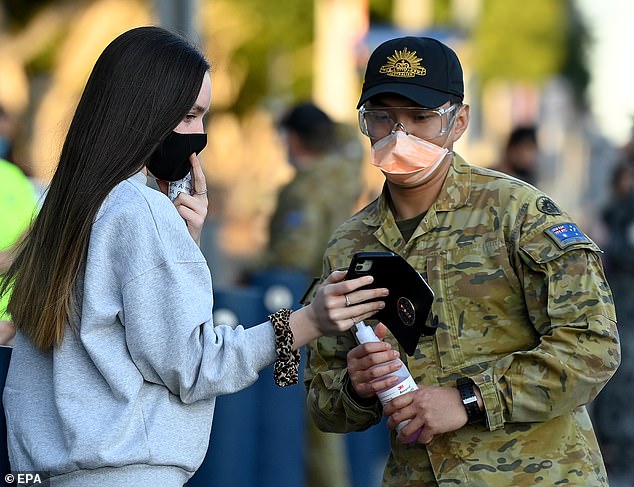 High school students have dealt with more than 18 months of intermittent lockdowns and at-home learning (pictured: Year 12 students at Qudos Bank Arena in Sydney line up for the Pfizer vaccine as defence force troops assist) 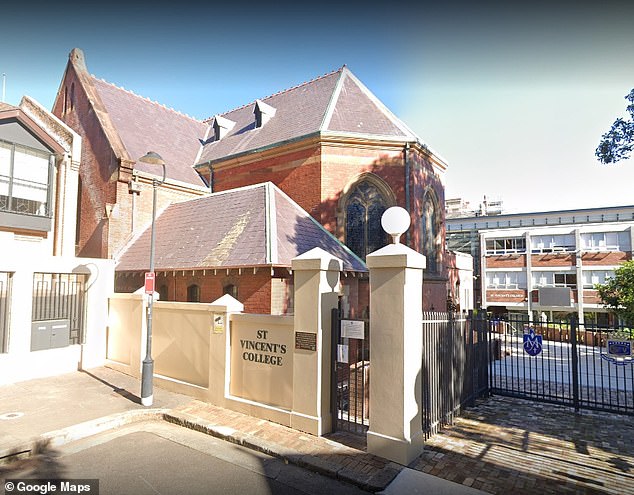 Public schools do not have such a luxury and are required to open on October 18 under the government’s roadmap out of Covid restrictions.

On this day Kindergarten, Year 1 and Year 12 students return to campus, with the remaining year groups returning on October 25.

In exclusive Potts Point in Sydney’s east, St Vincent’s College said they would push back the return of students in Years 7 to 10 by a week.

This would allow vaccination rates among 12 to 15-year-olds to climb higher before resuming in-person classes.

While those aged over 16 have been able to get the Pfizer vaccine since August 30, teenagers in the 12 to 15-year-old age bracket had to wait another two weeks until September 13 for the jab to be available.

On the lower north shore, Knox Grammar at Wahroonga said they would require students in years 7 to 10 to do three days a week of at-home learning throughout November.

This would have the allow more physical distancing in the less vaccinated age group and also more space on campus for Years 11 and 12. 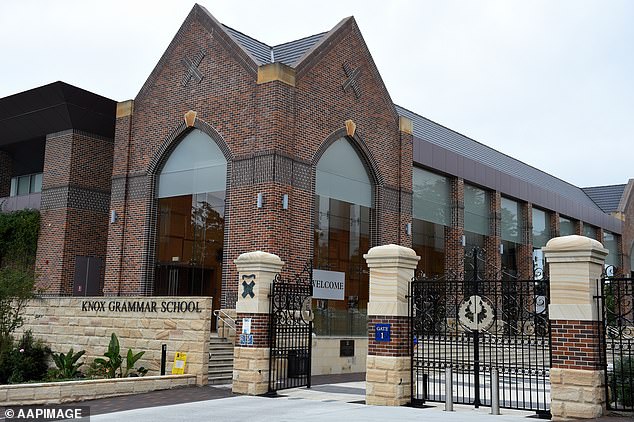 At Waverley College near Bondi, principal Graham Leddie said they would follow the NSW government’s plan for when to re-open.

‘Our staff are 100 per cent double vaccinated and we have been encouraging parents and students for the past few months to get vaccinated to ensure our school community can be as safe as possible,’ he said.

While Scots College in Bellevue Hill was letting families decide – saying they would by open in line with the government guidelines but there might also be reasons some students couldn’t return to campus.

Principal Dr Ian Lambert said some may be in regional areas or interstate or may have concerns about group learning in the short term and they would support them with remote learning. 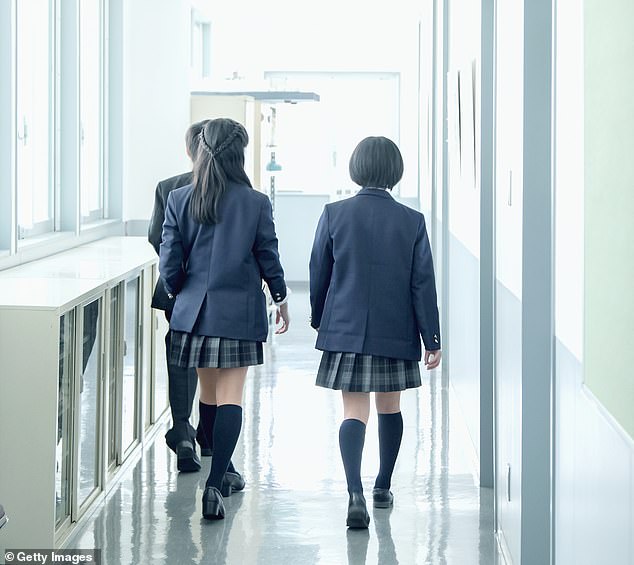