Mama Mia! Teenager appears to float in mid-air as he does a Mario-style ‘double jump’ on boat

This is the moment a teenager seemingly performs a physics defying double jump, a move commonly seen in video games.

Captain Scott Nguyen, 27, was ferrying passengers through the waters of Panama City, Florida, when his chartered boat came across some choppy conditions.

A young man at the bow of his boat was timing his jumps with the waves and Mr Nguyen began to film him.

A young man at the bow of Captain Scott Nguyen’s boat, as he ferried passengers through the waters of Panama

Mr Nguyen caught a perfectly-timed jump that saw the boy ‘float’ in mid-air.

This makes him appear to perform a physically impossible ‘double jump’.

The double jump is a popular part of the video game move, popularized by gaming icons like Mario, Sonic and Crash Bandicoot. 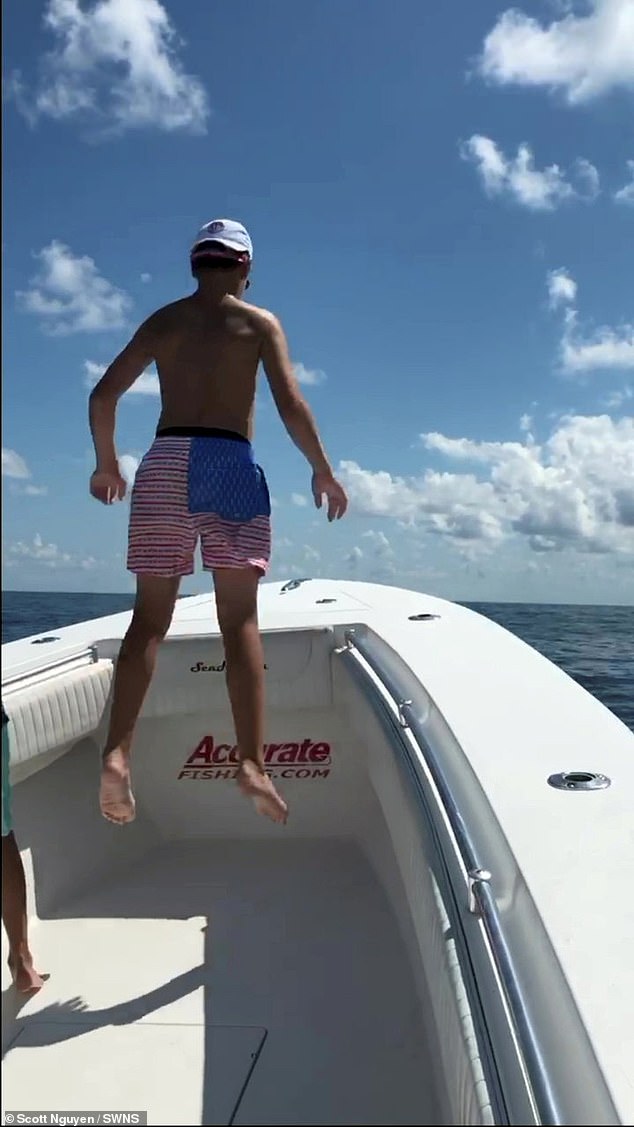 The boy uses the movement from the boat bouncing over the waves to his advantage, by jumping just at the right moment when the bow tilts upwards slightly

As if his other leaps up weren’t high enough, the wind catches him just at the right time on the final jump of the video and he shoots right up.

Known as the double jump or midair jump in the Super Mario Bros video game, it is a move that allows characters to jump for a second time while already in the air.

‘My client double jumps a wave on the bow of the boat and goes higher than expected. 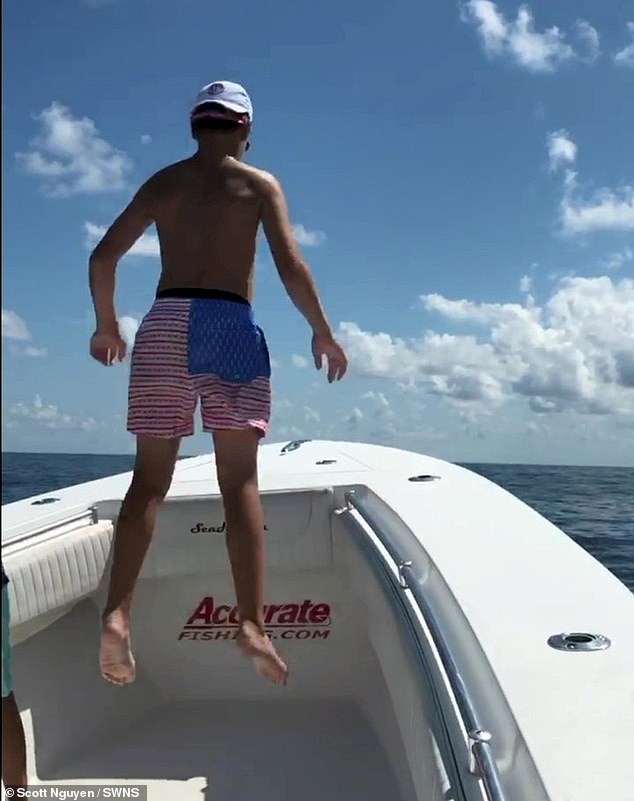 The video catches the boy going up noticeably higher than his previous jumps, giving it the title ‘double jump’, a popular part of the video game move set popularized by gaming icons like Mario, Sonic and Crash Bandicoot

‘He wasn’t hurt in anyway.

‘We all got a good laugh from the video.

‘I’m really glad we got the footage because it’s hilarious.’

Get an Echo Dot for just $19.99! Amazon's smart speaker is reduced by HALF in the Black Friday sale

Man, 26, ‘tried to smuggle 29 live finches into the US by hiding them in hair rollers’

Property prices are rising at their fastest rate for 14 years