Team USA moguls skier George McQuinn has regained consciousness following a terrifying crash in Park City, Utah on Thursday when he hit the back of his head on a ramp during competition and was rushed to the hospital.

‘Gnarly crash today but I’m OK,’ he wrote on Instagram following the crash.

The Colorado native was attempting his second and final jump during an FIS World Cup event, but as he was rotating into a back flip, the his head smacked into the ramp, immediately knocking him unconscious.

From there, McQuinn’s limp body slid down the remainder of the hill face first as onlookers gasped and called for help.

‘OK, we’re going to need ski patrol please,’ one official can be heard saying after the crash. 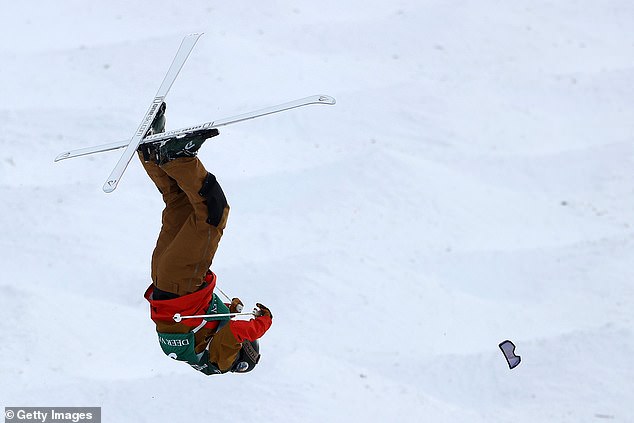 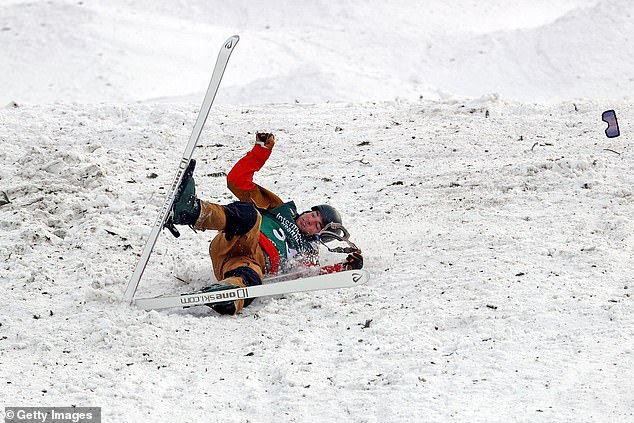 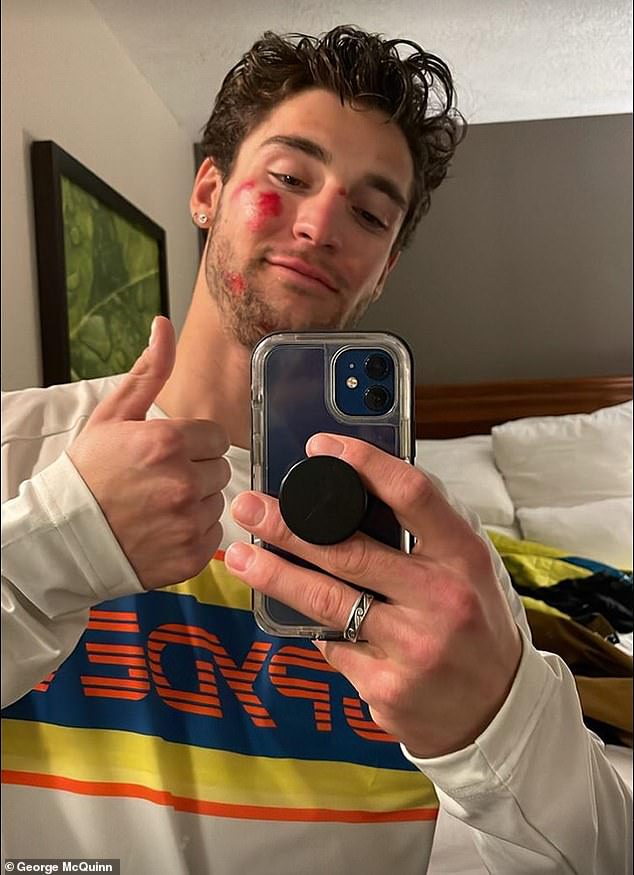 As reported by The Salt Lake Tribune, McQuinn was quickly stabilized by Team USA medics and placed on a backboard before being towed down the remainder of the hill by a snowmobile.

McQuinn was the only member of the US team to reach the final in Thursday’s moguls races in Park City. The event serves as Team USA’s Olympic qualifier, and McQuinn has already made the team with the third-highest score in the six-man super final.

Canada’s Mikael Kingsbury ultimately won the event after a 15-minute delay and dedicated the run to McQuinn.

‘This one is for him,’ Kingsbury said after his 100th career podium finish. ‘I know this was his first super final. He’s an exciting skier with a bright future. I just hope he’s OK and we get to ski in a super final in the future together.’

Kingsbury pointed to some difficult weather conditions in Park City, where it was unseasonably warm on Thursday.

‘It was not easy,’ he said. ‘With the weather, obviously it was getting darker. And since it was warm this afternoon, the snow started to crisp. So it gets harder and it’s faster for your feet. And with that happening, yeah, you’ve got to breathe and kind of de-connect the fact that, you know, a guy that you know hurt himself bad. You’ve got to focus on staying in the present moment.