Tesco has apologised to shoppers after ‘racist’ security tags were placed on cosmetics for black skin but not lighter skin tones in one of its stores.

The supermarket in Osterley, West London, had placed the tags on Garnier’s Skin Active BB Cream.

But only the ‘deep’ skin tone product had been placed in a security box, with the ‘light’ shade untagged.

Both products were being sold for £6.75. 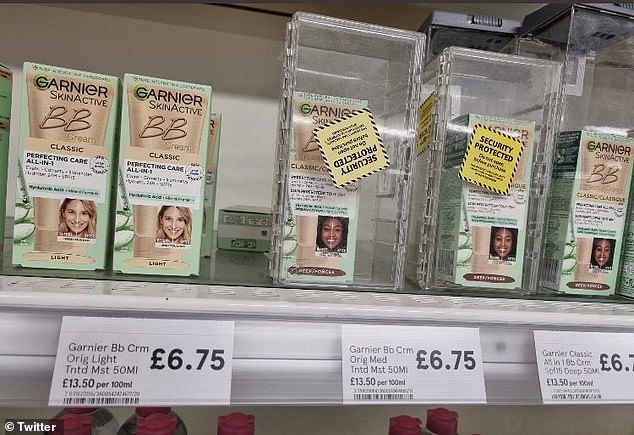 Only the ‘deep’ skin tone product had been placed in a security box, with the ‘light’ shade untagged

Mother-of-three Natalie Westgate complained to the chain after she spotted the security measures on the makeup, calling it ‘racist’ and ‘absolutely disgusting’.

‘I understand you have to security box items but do you think it is ok to only have the dark range security boxed and not the entire range,’ she said to Tesco.

‘Please ask your race and ethnicity network and Black Voices Advisory Group what they think to security only boxing the dark range then get back to me.’

The supermarket responded first on Twitter and said ‘stores may sometimes use security tags on items which have recently been subject to theft and the decision to do so changes from store to store’. 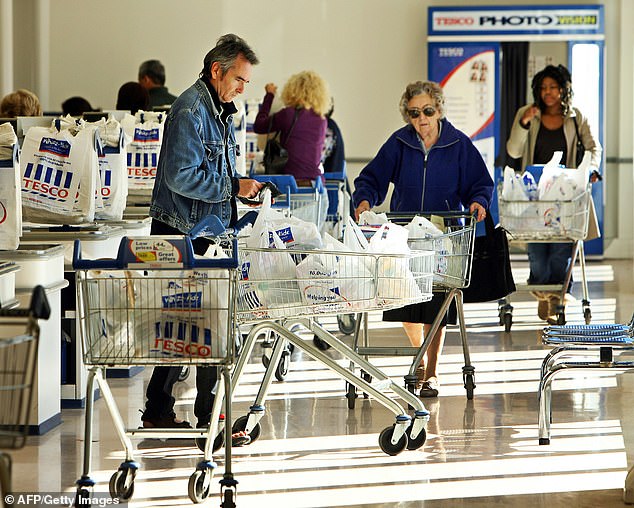 A spokesperson for Tesco apologised and said that it was an example of human error, and they should not have been tagged. File image of shoppers in the Osterley store, West London

It added that tags are ‘for loss prevention reasons only’ and the it was ‘never our intention to offend anyone’.

A spokesperson for Tesco apologised and said that it was an example of human error, and they should not have been tagged.

‘It’s really important to us that Tesco is a place where everyone feels welcome, and the tags have now been removed,’ they told The Sun.

Staff have also been reminded about best practice for security tagging items.

Last year, US-based Walmart came under fire for a similar incident. One of its stores in Kentucky had placed security tags on darker shades of concealer.

Girl, 5, her father's girlfriend and three dogs are killed in East Harlem fire

Greg Sheridan slams Jacinda Ardern for talking ‘so much nonsense’

Coronavirus Australia: Suburbs where most people are fully vaccinated and there are zero Covid cases