A Texas man was killed by a bullet from his own gun on Saturday when he shot a woman in the neck, only for the round to exit and hit him in the leg.

Byron Redmon, 26, is believed to have shot the unidentified woman in an apartment close to the 2200 block of Medical District in Dallas, Texas.

Cops responded to a report about the shooting to find the apartment empty, but found a distinct trail of blood leading into the street.

Minutes later, they received a call from the nearby Parkland Memorial hospital saying both Redmon and the woman had been found in a car with severe gunshot wounds.

Redmon was pronounced dead at the hospital. Officers have not yet released the identity or condition of the female gunshot victim. 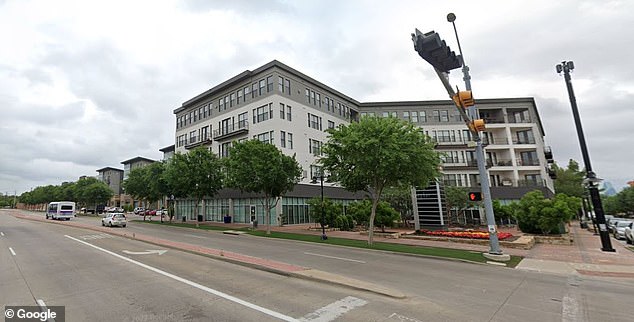 A Texas man accidentally killed himself after a bullet he fired from a gun exited a woman’s neck and struck him in the leg, police said

It is unclear whether the pair knew each other or the circumstances surrounding the shooting, but Dallas police confirmed that an analysis of the apartment suggested the same bullet was responsible for the woman’s neck wound and Redmon’s fatal leg injury.

‘The preliminary investigation determined at the apartment, the male, Byron Redmon, 26, shot the adult female victim in the neck,’ a police statement read.

‘The bullet then exited and hit Redmon in the leg. Redmon died at the hospital.’

Facebook user Keyonnah Monae yesterday posted a tribute seemingly dedicated to Redmon, though this has not yet been verified.

The tribute read: ‘You really hurt me with this one Byron! I still can’t believe this real! I’m just waiting to get a notification saying you going live so we can crack up one more time… I know you ain’t mean this way cousin!’

Bullets often change trajectory slightly when they hit a human body, as impact with organs and bones absorbs some of the bullet’s energy and can cause it to take a slightly different course upon exit.

But low calibre rounds, such as the widely used .22 cal ammunition compatible with a range of handguns, rifles and other firearms, are known to ricochet off of bone and ‘bounce’ around the body – or have their trajectory considerably altered upon exit.

Police said the investigation into the incident is still ongoing, and have not specified the firearm Redmon used in the shooting.

The strange incident transpired just one day after a 29-year-old sheriff’s deputy and father-of-three was struck and killed by a drunk driver during his final traffic stop on the last day of his field training in Texas. 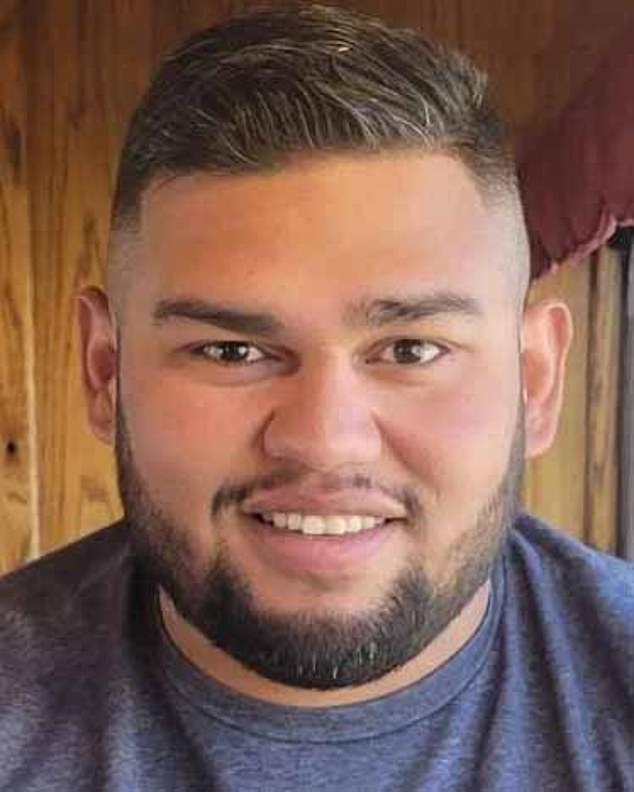 Lorenzo Bustos (pictured), a 29-year-old sheriff’s deputy and father-of-three, was struck and killed by a drunk driver during his final traffic stop on the last day of his field training 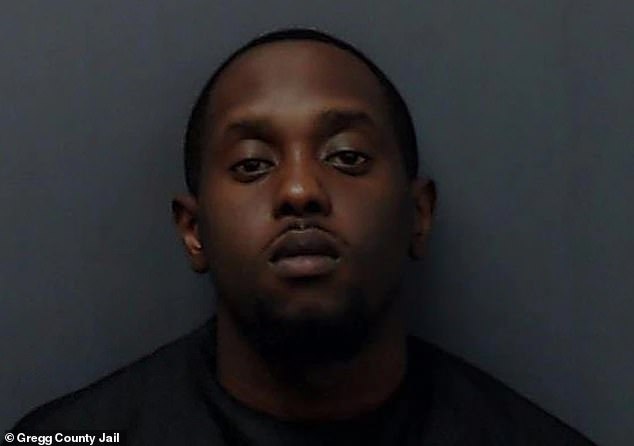 The person driving the car was 21-year-old Daniel Nyabuto (pictured) from Grand Prairie, who was arrested and charged with intoxication assault. Smith County Sheriff’s Office have said it will be upgraded to intoxication manslaughter

Lorenzo Bustos was struck by the vehicle at around 12.50am on Friday morning after being struck by a vehicle as he stood behind his patrol car on Highway 155 South in Noonday, Texas.

The Smith County Sheriff’s Office reported that the force of the car which hit Bustos knocked him under the patrol vehicle.

Bustos’ colleague got out of the car to try and help the sheriff’s deputy, but the deputy succumbed to his injuries hours after arriving at Tyler hospital.

Two people who were in the vehicle have been taken into custody.

The person driving the car was 21-year-old Daniel Nyabuto, from Grand Prairie, was arrested and charged with intoxication assault.

Smith County Sheriff’s Office have said it will be upgraded to intoxication manslaughter.

The Prince Andrew legal team with an (even more) impossible job