A serial killer in Texas who has been on death row for more than 20 years in the murders of five young women has had his appeal to review his sentence denied by the U.S. Supreme Court after he claimed his public defender was ineffective and negligent in presenting his case.

Faryion Wardrip, 62, was convicted in 1999 in the deaths of the four women in a 16-month span, starting in Wichita Falls, in 1984. He had been free on parole after confessing to the murder of another woman.

The top court’s decision to deny Wardrip’s appeal was shared on Monday. It was the latest in a string of attempts by Wardrip to have his death penalty tossed. 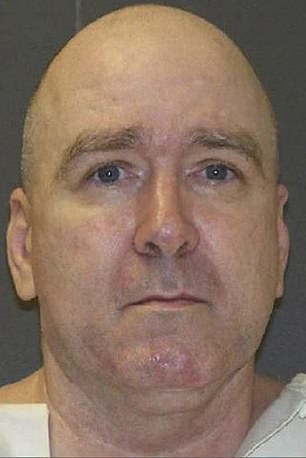 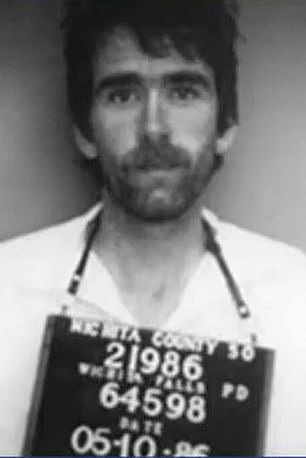 Faryion Wardrip, 62 committed five murders in Texas between December 1984 and May 1986. Four of the murders happened in Wichita County and one happened in the Dallas-Fort Worth area 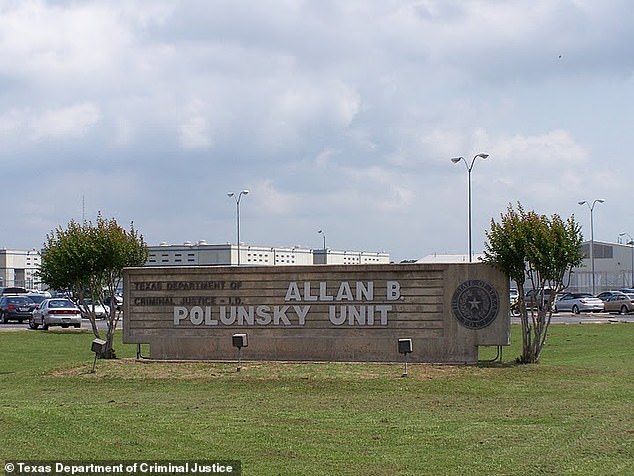 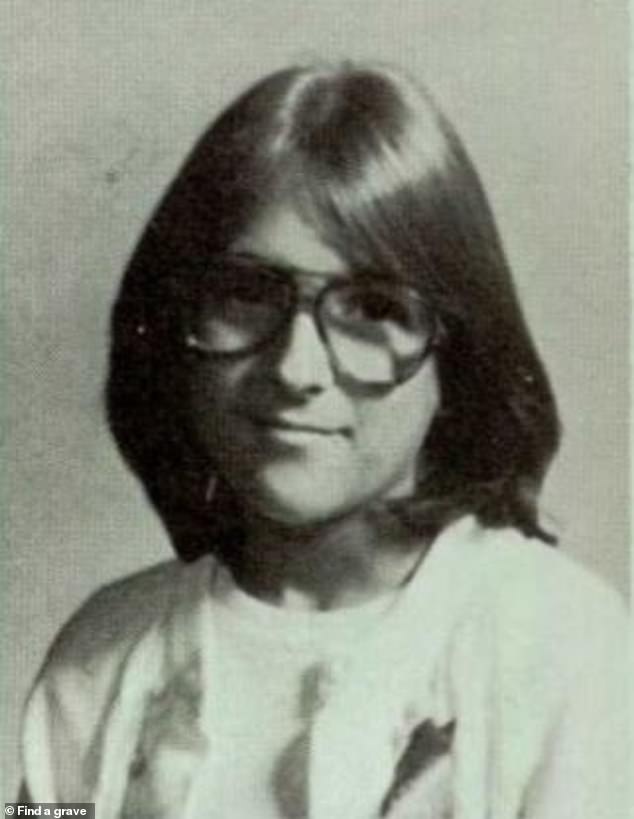 Terry Sims, 23, a Midwestern State University student and part-time EKG specialist at what was then Bethania Hospital, was Wardrip’s first victim before a series of other murders occurred in less than two years

In September 2020, the U.S. Fifth Circuit Court of Appeals overturned a lower court’s ruling granting him a new trial on the capital punishment sentence. He petitioned for a rehearing from that court on the basis that his good conduct while in prison was not given enough consideration in the punishment phase.

The Fifth Circuit rejected his claim but granted him a rehearing by the lower court for one issue of his argument. However, instead of proceeding to federal district court, Wardrip’s defense pleaded for the Supreme Court to review the Fifth Circuit’s ruling on the first issue.

Now that the Supreme Court has rejected that appeal, Wardrip has the option to take his case to federal district court to consider the second issue.

In December 21, 1984, Wardrip’s first victim, Terry Sims, 23, a Midwestern State University student and part-time EKG specialist at what was then Bethania Hospital, was at a Christmas party and then was supposed to go to a a co-worker’s home to study and spend the night.

Unexpectedly, Liza Boone, the co-worker, received a call to return to the hospital to work the midnight shift. She drove Sims to her residence and gave Sims the key to her apartment, dropping her off at approximately 12:30 am.

The following morning, the co-worker found Sims lying in a pool of blood after she was sexually assaulted and stabbed several times.

It was later determined that while Boone was away at work, Sims had heard Wardrip causing a disturbance and went outside to investigate. Wardrip lunged at Sims and she ran back into the apartment and locked the door. Wardip targeted Sims for ‘no apparent reason’ and broke the door down after she locked him out.

At the time of the incident, though, authorities were not able to track a suspect. Little did they know that the young woman’s death would be the first in a series of killings that went undiscovered for years. 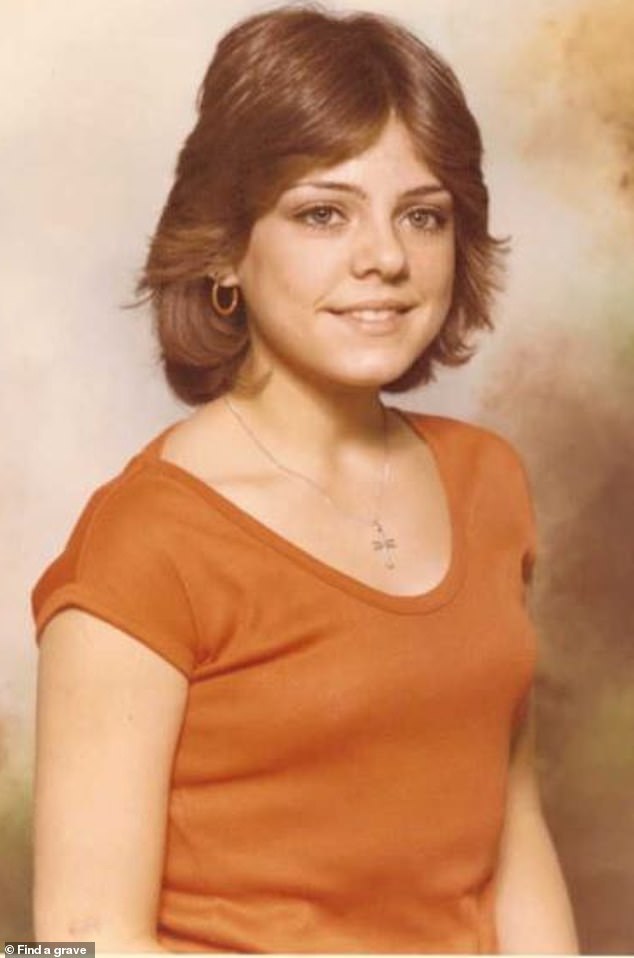 Toni Gibbs, 23, and Wardrip knew each other from working at the same hospital where the serial killer was working as an orderly and she as a registered nurse. Wardrip offered Gibbs a ride before driving her in a secluded area and killing her

Gibbs disappeared on January 19, 1985, while employed at Wichita General Hospital. Wardrip came across Gibbs at about six a.m., after he had been out walking all night.

He knew Gibbs because she was a registered nurse at the same hospital where he worked as an orderly. Gibbs offered Wardrip a ride and after he got in her car, he began hurling her around and screaming at her. He then forced Gibbs to drive down an isolated dirt road to a field.

Two days after her abduction, her car was found within a few miles of the hospital. On February 15, utility workers found her naked body in a field at the southwest corner of West Jentsch Road and Highway 281 in Archer County, one mile south of the Wichita county line, a day after she would have turned 24.

Gibbs had been sexually assaulted and stabbed. Gibbs had a total of eight stab wounds: three to her back, three to her chest, and two defensive wounds on her left forearm and thumb. 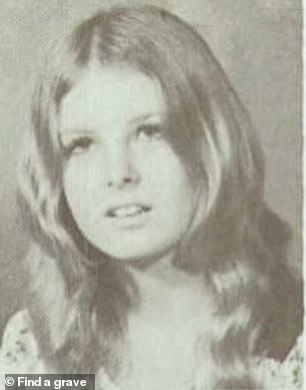 Debra Taylor, 25, met Wardrip at a bar in Forth Worth. She was killed after refusing the serial killer’s sexual advances on March 24, 1985

Two months after he murdered Toni Gibbs, Wardrip traveled to Fort Worth with the intention of looking for a job. In Fort Worth he met Taylor in the early morning hours of March 24, 1985, while at a bar.

Taylor had been at the bar with her husband but he left early because he was tired.

Debra remained at the bar where Wardrip approached her and asked her to dance. She accepted his request and the two spent time together in the club.

He then asked to drive her home, which she agreed to. While outside, Wardrip attempted to make sexual advances, which were rejected by Taylor. This infuriated Wardrip and he killed Taylor, leaving her body at a construction site in east Fort Worth.

When Debra failed to return home by the next morning, she was reported missing by her husband. Her body was found by two construction workers on March 29, 1985.

On September 20, 1985, Wardrip abducted Blau in Wichita Falls. The kidnapping occurred as Blau was walking alone to her vehicle after leaving her evening job as a waitress. She was also a student at Midwestern State University in Wichita Falls. Wardrip forced Blau to drive to a secluded area, where he eventually killed her by strangulation before breaking her neck.

Leaving her body in the secluded area, he drove her car back into Wichita Falls and abandoned it along with her purse. Her blood was also discovered on the inside of the vehicle. A county road crew employee found Blau’s body in a field in Wichita County on October 10, 1985. 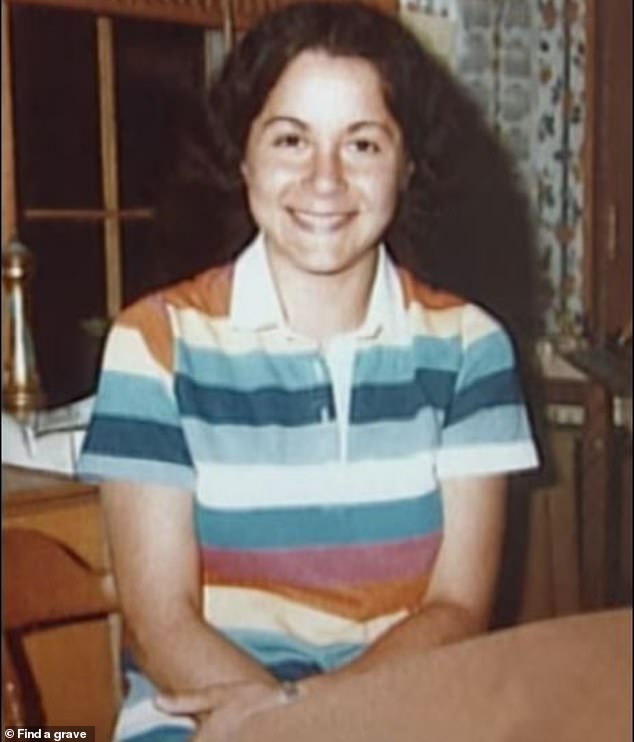 Ellen Bau, 21, was a waitress and part time student of Midwestern University in Wichita Falls, Texas, who disappeared on September 19, 1985. Wardrip abducted the young woman when she was walking to her vehicle after her shift ended before murdering her

On May 6, 1986, Wardrip killed Kimbrew, a waitress he had recently befriended. He went to her apartment and suffocated her with a pillow because she ‘reminded him of his ex-wife’.

He was sentenced to 35 years in prison but given parole in 1997.

After his release, Wardrip moved to Olney – 142 miles northwest of Dallas – and married and was even an active member in the community’s church.

He was required to wear an ankle bracelet, allowing authorities to constantly track his location; he was restricted to movements for work, home and church.

Meanwhile, investigators had still not tied all the cases together. Barry Macha, who was was elected district attorney shortly before Sims was killed, inherited the case as well as the four others.

‘I still think about Terry and her family. It was a horrific case,’ Macha told Time Record News, adding that he still is in contact with the families of the victims.

In 1999, Macha officially reopened all the cold case murders and assigned investigator John Little to do the groundwork. 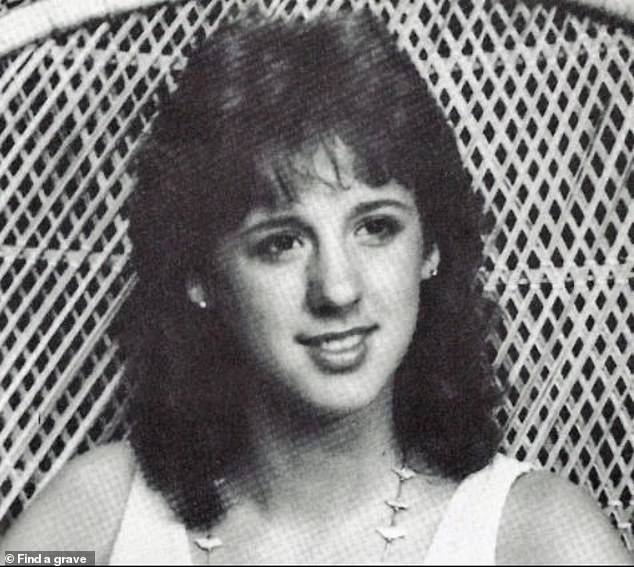 Tina Kimbrew, 21, was suffocated to death with a pillow inside her apartment by Wardrip. She was also a waitress he had befriended and killed because she ‘reminded him of his ex-wife’

Both law enforcement officials established that the killings weren’t random and that there we some connections between the victims and Wardrip. At the time, Wardrip had known Blau, who was living near Sims. Wardrip worked at Bethania Hospital, where Gibbs was also working.

And thanks to the forensic preservations of the victim’s DNAs, Macha’s team were able to knock out some potential suspects.

Wardrip’s DNA, however, had not been collected when he became a person of interest to them.

So, Little was charged with the task to get it and he did it the most subtle way possible.

The detective went to the factory where Wardrip was recently hired, approached him during his coffee break and asked him for the paper cup he had drank out of so he could spit tobacco into it. Little kept the cup as evidence.

The DNA from the cup was later identified as a match with evidence found on Sims and Gibbs. Wardrip was arrested on Valentine’s Day in 1999.

He later confessed to killing Sims, Gibbs, Blau, before surprisingly admitting to investigators that he murdered Taylor.

Later in 1999, Wardrip was sentenced to death by lethal injection in Kimbrew’s murder and was given three life sentences for the other murders. Despite appeals, Wardrip is still on death row after 22 years.

As of Monday, no execution date for Wardrip had been set.

Macron will address France tonight amid third wave of coronavirus