A £250million emergency drought plant constructed by Thames Water may have been shut down because ‘of the cost of electricity on it’, a local MP has claimed.

The Beckton desalination plant in east London was promised as a major reserve of potable water to cope with drier UK summers – but in a summer that has already seen the hottest temperatures ever recorded, it is out of use.

Stephen Timms, MP for East Ham, questioned whether the closure was because ‘they aren’t willing to pay and run it’.

He told The Telegraph: ‘It does seem puzzling to me when clearly we are in a situation which is exactly the kind of situation where this plant was intended to help us, it seems very strange that it’s out of action.

‘If it’s planned maintenance, then surely you plan for a time other than when it’s most likely to be used?

‘Is it because of the cost of electricity on it and they just aren’t willing to pay and run it? In which case obviously, they should tell us.’ 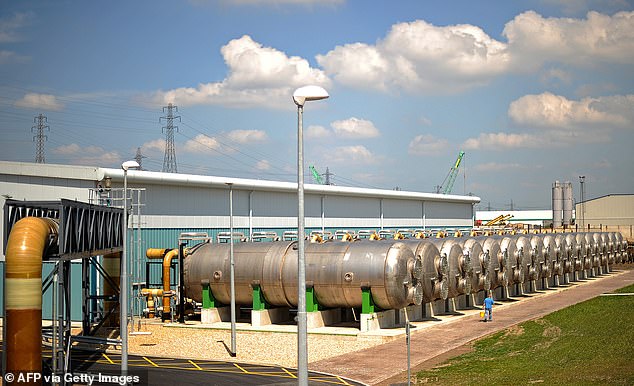 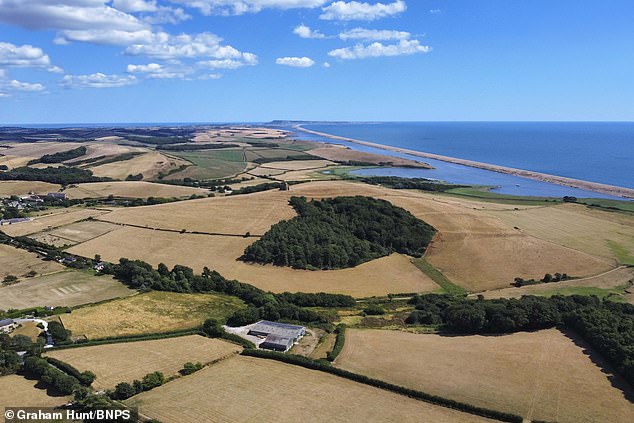 Thames Water say their Gateway Water Treatment Works, also known as the Beckton plant, is ‘out of service’ because of ‘necessary planned work’.

The plant, which was opened by the Duke of Edinburgh in 2010, is the only one in the UK designed to turn salty seawater into fresh water.

It said that regardless of the plant’s current operational status, short-term hosepipe bans would still be required to curb water usage.

The plant was first planned in 2004, but did not receive approval until 2008. Once completed in 2010 it has been used to fill up London’s reservoirs during dry spells, but questions remain as to whether it has ever been fully operational.

It was originally marketed as being able to offer an additional 150million litres of water a day – but this has now been revised down by a third to 100million.

A Thames Water insider told The Telegraph the water company hoped to reduce operating costs by placing the plant on an estuary, meaning fresh Thames water would dilute the salt in seawater. 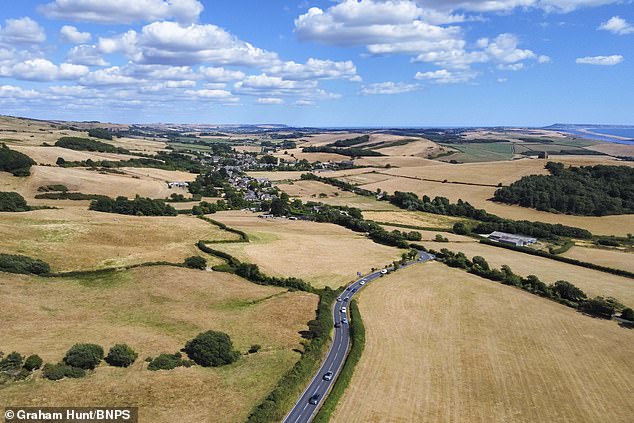 Thames Water say their Gateway Water Treatment Works, also known as the Beckton plant, is ‘out of service’ because of ‘necessary planned work’. Pictured: Parched fields in Dorset 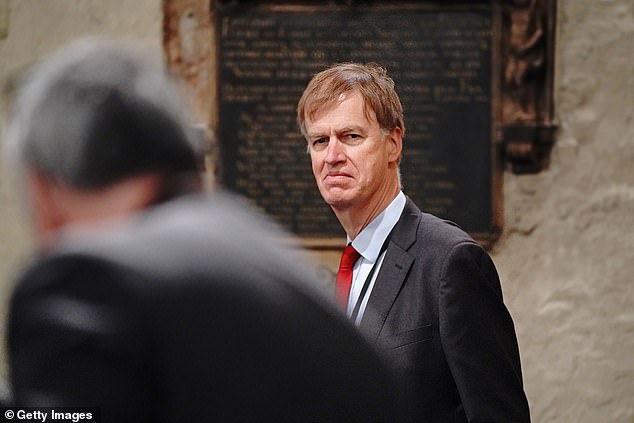 Stephen Timms (above), MP for East Ham, questioned whether the closure was because ‘they aren’t willing to pay and run it’

But it failed to account for different levels of salinity at various times of the day, meaning it cannot produce a constant supply of drinkable water.

There is no date set for when the plant is expected to become operational again, and four subsequent desalination plants initially planned by Thames Water have seen no significant progress made.

In the absence of the plant’s capabilities, Thames Water will have to rely on customers cutting down on their water usage.

It has already asked bill-payers to let their grass turn brown and their cars get dirty – and a hosepipe ban is widely expected to be needed in the capital.

A Thames Water spokesperson said: ‘Our Gateway Water Treatment Works, more commonly known as our desalination plant in Beckton, east London was completed in 2010 to be predominantly used during dry weather events and not to meet the day to day running of the business.

‘Since then we have used Gateway during dry spells to help keep our London reservoirs as full as we can as we continue to meet the increasing demands for customer supplies. 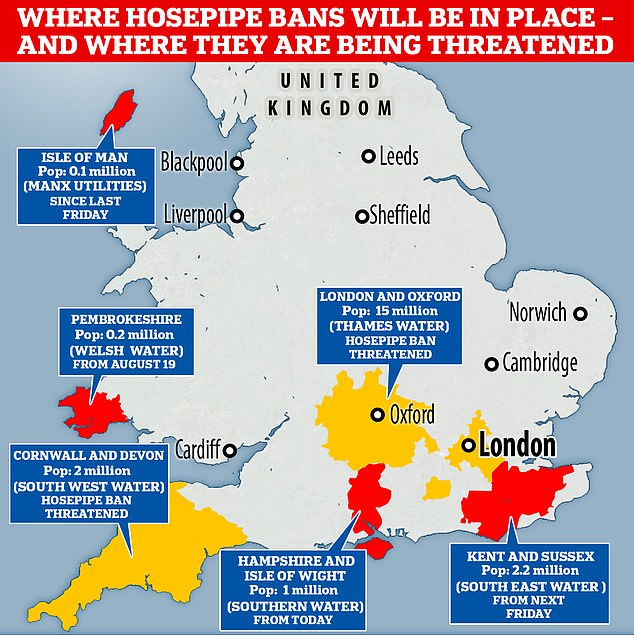 ‘It has the capability to deliver up to 100 million litres of water a day and we have recently carried out maintenance on various areas of the plant and tested it to this maximum output.

‘Due to further necessary planned work the plant is currently out of service. Our teams are working as fast as possible to get it ready for use early next year, to achieve protection to our supplies if we were to have another dry winter.

‘However even if the Gateway water treatment works was operational this summer then we would still not rule out using temporary use bans as part of the next stage of our regional drought plan, due to the weather patterns we have seen this year and levels of customer usage.

‘We know that further future pressures for water will require more capability to deal with predicted larger population, climate change, greater drought protection and the need to increase our protection of the environment where we abstract.

‘We plan out over 50 years to ensure we build the right options and also continue to reduce leakage and install customer metering.

‘Within this long term planning we currently do not have further desalination plants being built, but are reviewing national transfers and reservoirs to support the south east region.’

It comes as gardeners are being encouraged to confront or report their neighbours if they spot them repeatedly breaching hosepipe bans – with rule-breakers facing fines of up to £1,000 if they are taken to court. 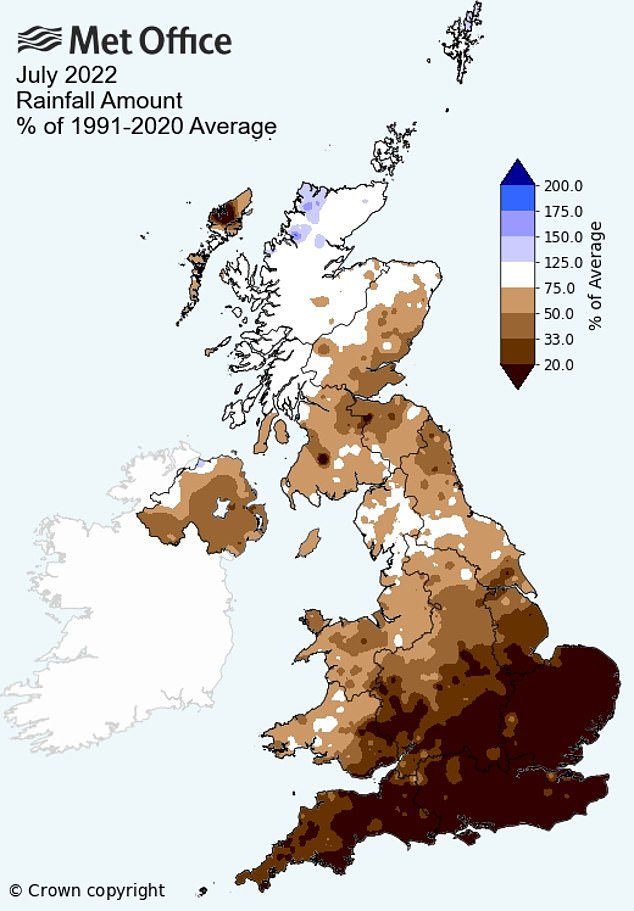 A hosepipe ban affecting one million people across Hampshire and the Isle of Wight came into force at 5pm yesterday – as the Met Office warned of ‘very little meaningful rain’ on the horizon for parched areas of England.

Southern Water began the ‘temporary usage ban’ yesterday – a week before South East Water restrictions for Kent and Sussex start, covering 2.2million people. The 85,000 people on the Isle of Man have had a ban since last Friday.

Now, Welsh Water has also announced restrictions for 200,000 customers in Pembrokeshire and a small part of Carmarthenshire from August 19 – with the firm blaming the driest conditions since the drought of 1976.

In Southern Water’s guidance for what to do if you spot a neighbour breaking the ban, the company advises: ‘If you notice a neighbour, family or friend, in the affected areas, using water for the restricted activities please gently remind them of the restrictions in place and direct them to our website for more information.’

But a Southern Water spokesman added: ‘If you see anyone repeatedly breaching the restrictions, please let us know via our customer service team. A fine of up to £1,000 can be imposed for any breaches. Our approach is one of education rather than enforcement. We would like to thank all our customers for supporting these restrictions.’

Any fine would have to be imposed via the courts. The current restrictions cover using a hosepipe to water a garden, clean a vehicle, or wash windows. They also include filling a paddling pool, domestic pond or ornamental fountain. The ban does not impose restrictions on essential and commercial uses of water, such as commercial window cleaners and car washes, or businesses that need water as part of their operations, such as zoos.

South East Water told customers that if they see a neighbour using a hosepipe or sprinkler during the ban from next Friday, they should ‘contact us via www.southeastwater.co.uk/tubs so that we can check to see if any exemptions are in place and take the appropriate action should your neighbour be ignoring, knowingly or unknowingly, the restrictions in place’. It also has a ‘dedicated temporary use ban line’ on 0333 000 0017.

Some 17million more people in other parts of England could soon be hit by further bans after Thames Water and South West Water both warned they might soon have to bring in restrictions – which would affect 15million customers in London and the Thames Valley, and around two million in Cornwall, Devon, Dorset and Somerset.

This would mean a total of 20.5million people could be affected by water-use restrictions in England. As it stands, the number of people under a ban is at 1.1million, which will rise to 3.3million next Friday.