Police have seized 700kg of cocaine with an estimated street value of $280million but are appealing for the public’s help to smash the criminal syndicate behind it.

Australian Border Force officers found the drugs on July 22 while inspecting containers on the vessel Maersk Inverness at Port Botany in Sydney.

Federal police seized 28 denim bags, each holding about 25 kilograms of cocaine in brick form, the AFP and ABF said in a statement on Saturday. 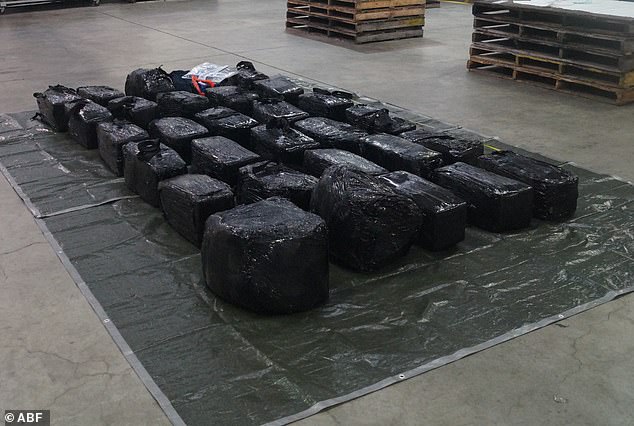 Australian Border Force officers seized 700kg of cocaine with an estimated street value of $280million from a cargo ship in Port Botany, Sydney 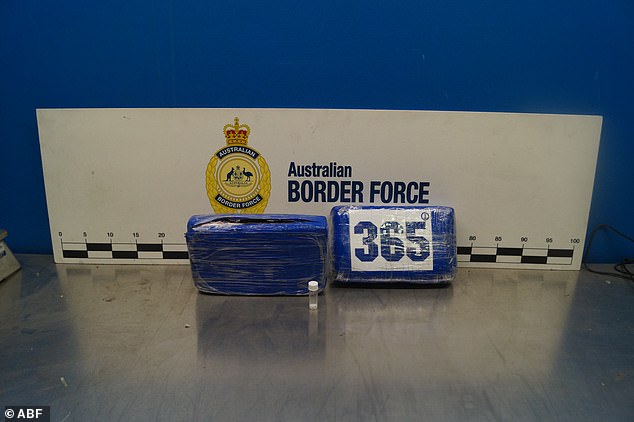 Forensic officers found different labels on the bricks of cocaine, including the numbers ‘365’, ‘5’ and the word ‘Netflix’ (pictured, one of the bags of cocaine labelled ‘365’)

Forensic examination identified different emblems on the bricks, including the numerals 5 and 365 and the word Netflix, the agencies said.

AFP Detective Inspector Luke Wilson said the ship, which has been allowed to continue its journey, had stopped at ports in Central America and South America before making its way to Australia.

Insp Wilson said the interception of the drugs would be a significant blow to what was likely a well-resourced criminal syndicate.

‘We are still investigating where the drugs were loaded and who was planning to collect them in Australia,’ he said. 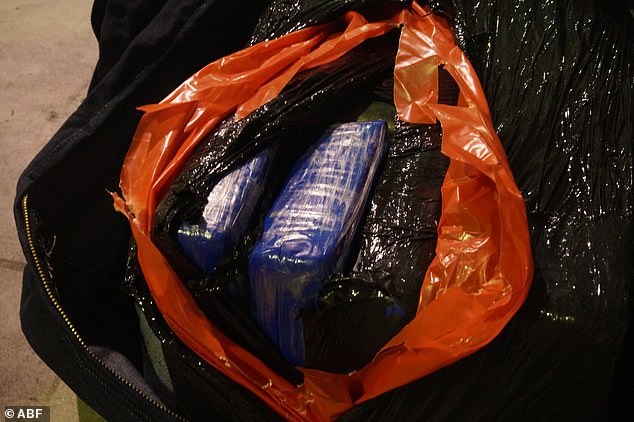 ‘The AFP estimates this seizure has saved the community more than $451 million in drug-related harm.’

She said the agency had disrupted the criminal network’s supply and ‘stopped this large shipment of cocaine from entering our community’.

Anyone with relevant information is urged to call Crime Stoppers on 1800 333 000.