A mother, daughter and son have gone missing along one of Australia’s most isolated roads after saying they would spend the night on a stranger’s property.

Bonnie Edwards, 70, Eldride Edwards, 41, and Virginia O’Neil, 49, visited Alice Springs for an event on Saturday but have not been seen or heard from since.

It is understood the trio were likely travelling towards Western Australia, possibly back to their home in Halls Creek where Ms Edwards is a local Councillor. 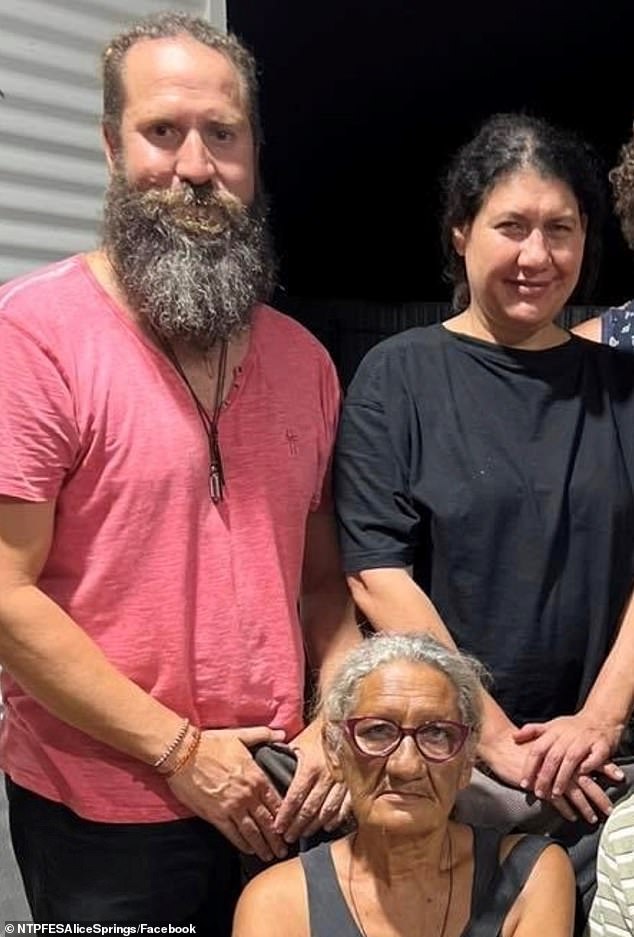 Bonnie Edwards 70, Eldride Edwards, 41, and Virginia O’Neil, 49, have not made contact since travelling from Alice Springs to WA

Bonnie travelled to Alice Springs with her children to participate in a meeting for Indigenous people living in outlying communities.

Her husband Malcolm Edwards, the Shire President of Halls Creek, said the last he heard from the trio was from his daughter on Sunday morning.

‘My daughter said they’d met this really nice guy and they were going to stay at his place. We don’t know who that is. No idea who that person was,’ he told ABC.

Cr Edwards made a report to police on Tuesday after the trio failed to make contact past their travel due date.

‘They normally ring and tell us. This is out of character,’ he said.

To add to worries, Cr Edwards said his daughters phone was pinged at a caravan park near Alice Springs at about 2am on Monday.

‘We’re starting to think it was not Virginia who turned the phone on because if it was her she would have seen all those messages,’ he said. 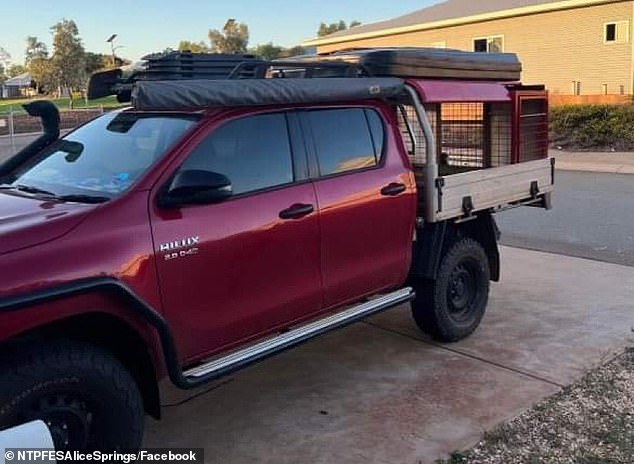 The group are travelling in a red Toyota Hilux with WA registration PH27156 (above), anyone who sees the vehicle is urged to contact police

No financial activity has been reported on any of their accounts.

Police said they are particularly worried for Bonnie as she requires regular medication.

There are no pre-existing health concerns for Mr Edwards and Ms O’Neil.

The group are travelling in a red Toyota Hilux with WA registration PH27156.

Watch Commander Michael Milde said: ‘Anyone who has seen the vehicle or knows where the travellers may be is asked to contact police.’

Deal alert! Save £20 and snap up the Apple Watch SE for an unmissable price on Amazon

Mother, 46, plunged 60ft to her death from Dorset cliff as she tried to take ‘dangerous’ short cut

How Australia’s biggest state is spending $633MILLION on electric vehicles