Thug, 20, shoots McDonald’s worker in the face after an argument over his mother’s cold fries: 23-year-old is left clinging to life

A 20-year-old thug shot a McDonald’s worker in the face after they got into an argument over his mother’s cold fries.

The 23-year-old worker, who has not been named by police, is now clinging to life at Brookdale Hospital after being shot around 7pm on Monday.

The shooter’s mother reportedly began hassling the employee over her cold fries while on FaceTime with her son, a source told the New York Post.

Shortly after, the son stormed into the Fulton Street McDonald’s and began fighting with the employee.

The source told the NYP the dispute was taken ‘outside,’ where the thug pulled out a gun and shot the 23-year-old in the head.

Thick streams of bright red blood was seen pouring down the sidewalk as the employee laid unconscious on his back.

A man cradled the young worker’s head as witnesses waited for authorities.

The shooter is custody, according to the New York Post. No charges have been filed yet. 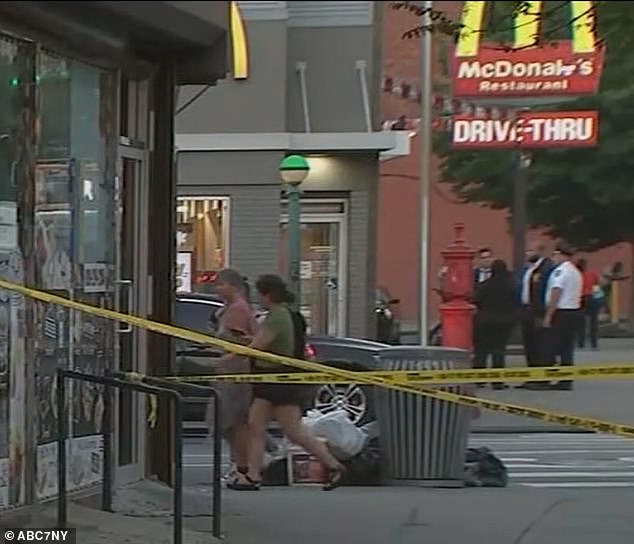 ‘It is unfortunate the climate we’re working under … where the entire criminal-justice apparatus has turned away from the public and the rights of the public to live safe in their city,’ he said. ‘We took almost 3,800 guns off the streets, and many of the people who had carried those guns were able to return to the streets.’