The head of the British Transport Police (BTP) has called for rail companies to share data from bank and oyster card transactions on the rail network to track suspicious passengers.

Speaking to Policing TV, Lucy D’Orsi said there is a ‘missed opportunity’ for BTP officers to make use of the data to monitor trends and identify ‘anomalous behaviour’.

She also revealed that a TfL campaign against sexual harassment has led to a rise in the number of reports they have received on the network.

She argued data sharing between rail companies such as National Rail and Transport for London (TfL) could help identify those who are vulnerable or lost, as well as pickpockets and sex offenders.

But it has led to a furious backlash from campaign groups and commuters who may forget to tap out at stations, who fear their movements will be tracked and they could be unfairly penalised.

The BTP is already working with TfL to share ‘anonymised’ data in a trial which aims to identify ‘patterns of movement […] that are similar to those who have committed criminality, or a vulnerable person.’

The force has previously advertised for a ‘Data Sharing Officer’ role, specifically to work on data shared with the force by TfL.

The job description read: ‘As a Data Sharing Officer with BTP you will interrogate TfL data to help identify suspects on the railway’, with the role earning a salary of £24,490 plus £2,700 due to it being based in London. 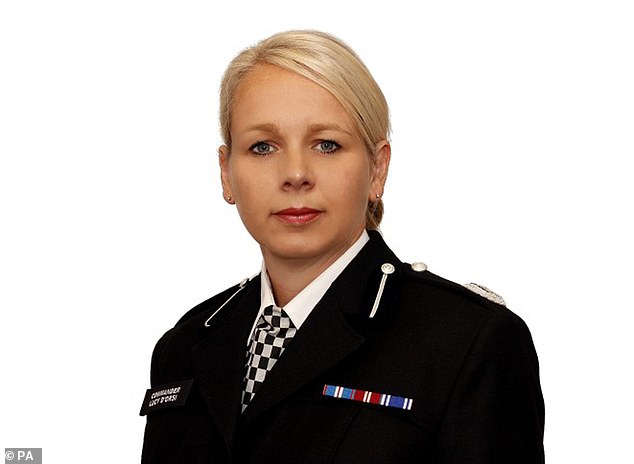 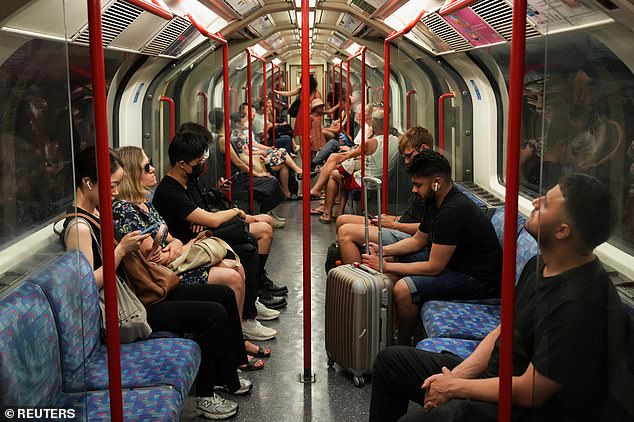 The data sharing would enable officers to identify lost and vulnerable people, as well as those they believe could be thieves or sexual predators

Ms D’Orsi said data is currently ‘underused’: ‘An example I gave recently is somebody who’s travelling the [London] Underground for six hours.

‘So they tap in and they tap out six hours later? Why is that?

‘At the moment we are all looking for these individuals, whether that be from a crime perspective or from a vulnerability perspective, but actually there’s something that feels that there is a missed opportunity to look at how we can use data in a better way.’

She also gave the example of someone who travels long distances just to get a train straight back to their starting location.

‘That’s not normal. That’s not what people do. So why is somebody doing that?

‘That could be county lines, somebody’s dropping some drugs [elsewhere] then coming back down to London.’

Ms D’Orsi would need data sharing agreements in order for the plan to work – something she said BTP is ‘working through at the moment.’

The force told MailOnline it would also need to run Data Protection Impact Assessments before any changes to data sharing are made.

Responding to concerns over privacy of commuters and other users of the UK’s transport network, she said any data sharing must be ‘future-facing’ and take into account ‘civil liberties.’

‘We’re not looking for [a commuter’s] data, we’re looking for the data of the predatory sex offender,’ she said.

She also highlighted a TfL campaign against sexual harassment, including posters warning against ‘intrusive staring of a sexual nature’.

Ms D’Orsi said the campaign asking people to report ‘pervy bloke stares’ on the Tube was giving women the confidence to come forward to complain about unwanted sexual behaviour or sexual offending.

She said: ‘The more the public and victims can report this to us, the more we can start to understand the prevalence of this in particular areas on particular trains, particular times.

‘So we’ll be able to use a variety of policing methods in order to either identify them on that occasion or try to bring preventative measures in to stop people offending in the future.’

She asked people who experience or witness sexual harassment on TfL to report the incidents.

A spokesperson for BTP said: ‘We’re already working in partnership with TfL to explore the use of algorithms across anonymised data sets held by TfL. 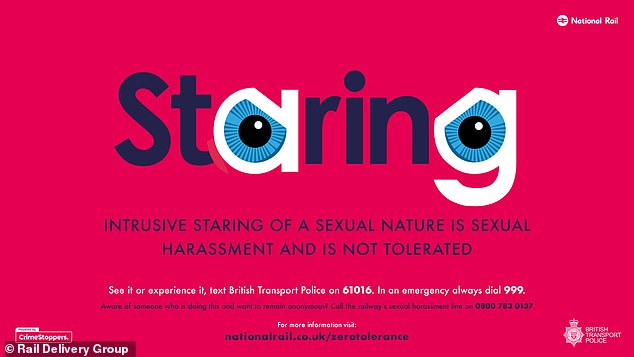 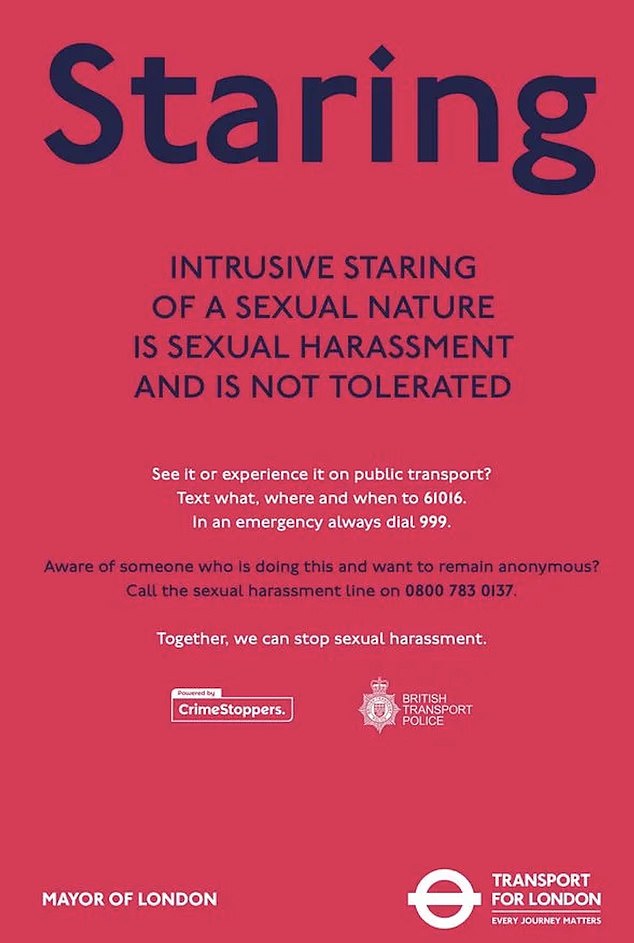 As part of the initiative, posters (pictured) were installed on trains, saying: ‘Intrusive staring of a sexual nature is sexual harassment and is not tolerated’

‘The trial seeks to identify anonymised patterns of movement across the TfL network in order to identify potential patterns that are similar to those who have committed criminality, or a vulnerable person.

‘This provides information on travel patterns which are out of the norm, which could then be used to ensure police resources are targeted in the right place, at the right time, to prevent criminality and safeguard the vulnerable.

‘It could also be considered against existing crime reports and intelligence.

‘The identity of the individual is not shared with BTP, but if we have a lawful purpose we could request this, subject to existing data protection controls.

‘This does not require any change to legislation.

‘An expansion into the national rail operating environment could provide a more detailed intelligence and offending picture.’

She was previously deputy assistant commissioner for the Metropolitan Police, having joined the force as a police officer in 1992.

Talking to Policing TV, she also advocated for a central control room which would allow officers to access all of the rail network’s 100,000 CCTV cameras.

MailOnline has contacted TfL and National Rail for comment.

1,800 Nigerian prisoners escape after gunmen with RPGs and explosives storm the building