Former president Donald Trump is the ‘special guest’ at a speaking conference Saturday that includes members of his family and cabinet – where guests are paying $5,000 and up to ‘get motivated and defend freedom.’

The event, scheduled for Austin, Texas tomorrow, is part of a series of large-scale private events organized by the American Freedom Tour.

Also on the bill is former Secretary of State Mike Pompeo, Ted Nugent, the president’s eldest son Don Jr. and his fiancee Kimberly Guilfoyle – all ‘live & in person,’ according to AFT’s web page.

Chris Widener, the group’s founder, told Axios, which reported on the event, that ‘most all of our speakers get paid an honorarium for the event’ – but wouldn’t spell out Trump’s fee.

What people are paying to see the event isn’t entirely disclosed either, although several categories are advertised – in the mold of multi-tiered big bucks campaign fundraisers. 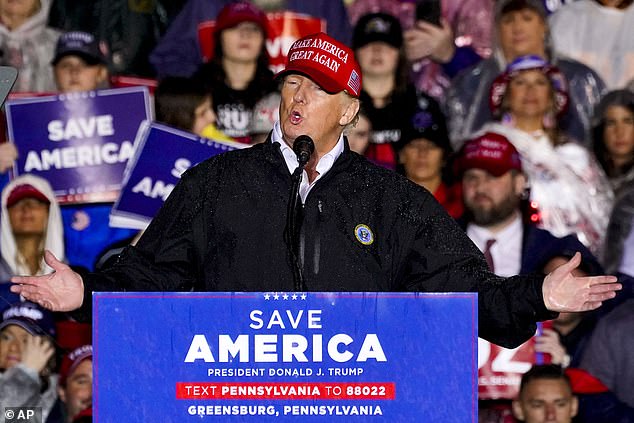 Former President Donald Trump is taking part in a speaking event in Austin where high level guests pay $4,995 and some pay even more

Just like at political fundraisers, the private event has multiple tiered levels — with ‘Patriot’ seating at an undisclosed price

Tickets available at the ‘Presidential’ level are ‘almost sold out,’ and go for $4,995. That includes a ‘Meet & Greet And Photo Op With Donald Trump Jr’ as well as a ‘Q&A Breakfast’ with conservative author and filmmaker Dinesh D’Souza, along with access to a ‘Private Event Afterparty.

The top level ‘Patriot’ level has no price listed, but a link to contact the organizers.

The ‘Congressional’ lever offers fewer amenities and goes fro $3,995, VIPs go for $1,095, and ‘satellite’ tickets go for $9. Those tickets are listed as sold out – the only category listed that way.

Details of the the money-making event are emerging a day after the Trump Organization finally sold the lease and rights to its luxury hotel in Washington, DC to Miami-based CGI Merchant Group. 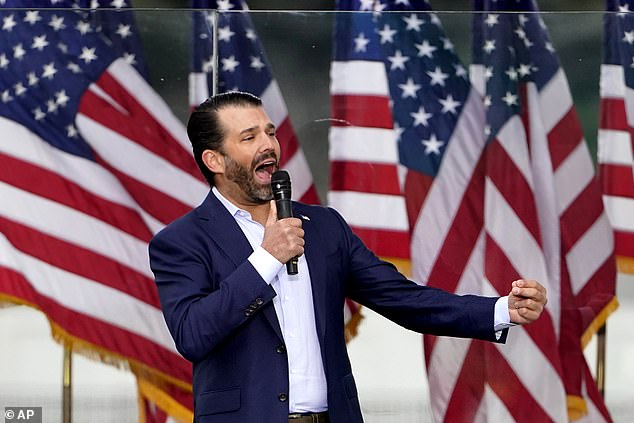 Donald Trump Jr. will participate in a photo line 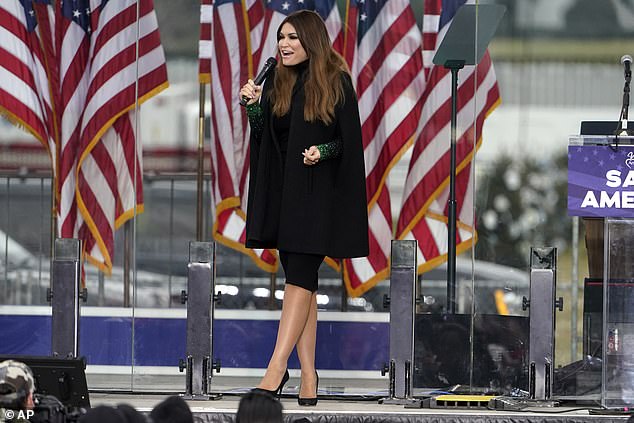 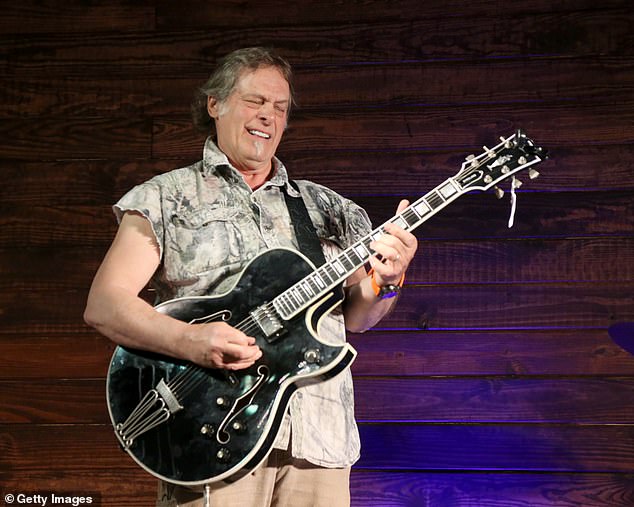 Ted Nugent is also on the bill 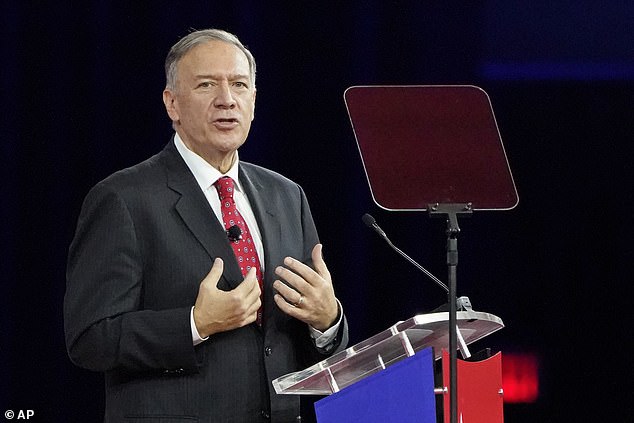 The event is set for Saturday in Austin

People who pay prices over $1,000 get multiple additional perks

The hotel, located in a historic building leased from the federal government, brought in $375 million, although Trump still owes $170 million to Deutsche Bank for financing.

He is expected to bank about $100 million on the investment, experts told the Washington Post, closing a chapter that brought a lawsuit based on the Emoluments Clause of the U.S. Constitution.

The speaking tour provides Trump and his circle an opportunity to earn speaking fees even as Trump pursues a potential 2024 run for president. Previous presidents have also found ways to cash in on the office through paid speeches and book sales – and Trump’s camp made hay out of Bill and Hillary Clinton’s speaking gigs during the 2016 campaign.

‘The American Freedom Tour is coming to you! It’s time for conservatives to get motivated and defend freedom,’ according to the event’s site.

Trump also did a ‘History Tour’ with former Fox News host Bill O’Reilly. It was billed as a ‘Limited Engagement National Tour.’