Furious Trump wanted to recall retired military officials including Stanley McChrystal to active duty so he could court-martial them for being ‘so disloyal,’ Mark Esper says

‘Doing this “will backfire on you, Mr. President,” we said,’ Esper recalled in his new book, A Sacred Oath: Memoirs of a Secretary of Defense During Extraordinary Times, after Trump floated the plan to Esper and the chairman of the Joint Chiefs of Staff, Gen. Mark Milley.

Esper wrote that Trump only backed down after Milley ‘promis[ed] that he would personally call the officers and ask them to dial it back.’ 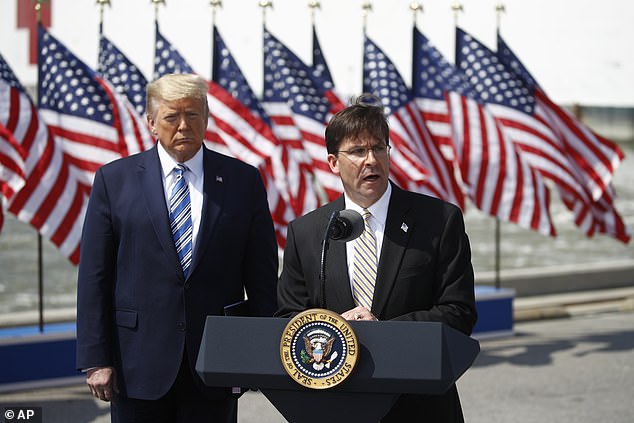 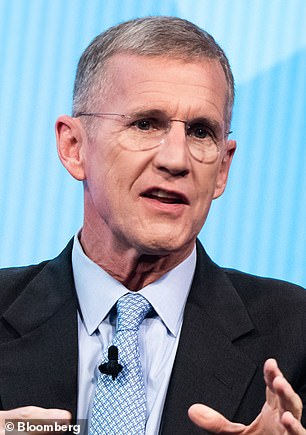 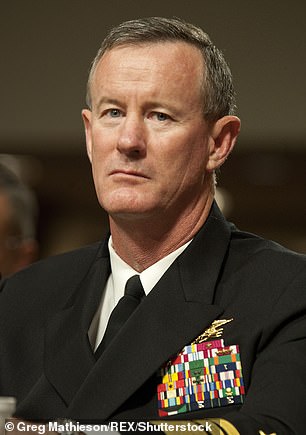 Trump had complained to Esper and Milley that the two retired generals were ‘so disloyal.’ 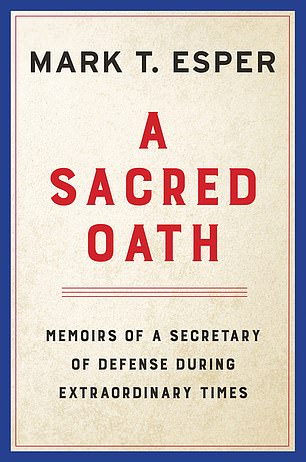 Trump voiced his cour martial plot in May 2020, as he was running for re-election.

Breitbart News ran a story on May 4 that said McChrystal was advising a group that was using DARPA-developed technology designed to ‘identify and counter online narratives from Islamic extremists’ to target Trump’s supporters instead.

Breitbart said the tool was being used to ‘track down and counter Trump supporters on social media.’

McChrystal had retired from the military in 2010 after giving an interview to Rolling Stone and criticizing government officials including then Vice President Joe Biden.

McChrystal didn’t endorse Biden, by then the Democratic 2020 nominee, but Trump was still upset.

‘This spun the president up,’ Esper said in his book.

‘The next thing I knew, Mark Milley and I were sitting in front of the president trying to talk him out of recalling McChrystal to active duty,’ he explained.

McRaven, who oversaw Operation Neptune Spear, the 2011 raid where Osama bin Laden was killed, also attracted Trump’s ire over a number of critical statements of the then president.

McRaven, for instance, penned a New York Times op-ed in October 2019 blasting Trump for attacking the U.S. ‘from within.’

‘As I stood on the parade field at Fort Bragg, one retired four-star general, grabbed my arm, shook me and shouted, “I don’t like the Democrats, but Trump is destroying the Republic!”‘ McRaven recalled in the piece.

Esper wrote, ‘The president told Milley and me that he “want[ed] to call them back to active duty and court-martial them” for what they said.’

Talking Points Memo reported that McChrystal, reached by email, had no recollection of getting a call from Milley to tone down his rhetoric about Trump.

The retired general told the website, ‘there was no call I remember ‘ and I would have remembered that.’

McRaven couldn’t be reached for comment by the publication.

61% of voters now say Biden should let another candidate run in 2024, another dire poll finds