Two passengers in the back of an ambulance have tragically died in a horror highway crash in Central Queensland.

The ambulance was stopped at roadworks on the Capricornia Highway at Stanwell near Rockhampton about noon on Monday when a B-double truck slammed into its rear.

The impact forced the ambulance off the road before it rolled into a ditch. 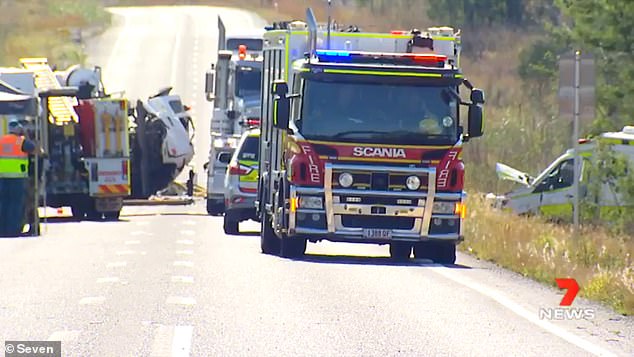 A truck slammed into a rear of a stationary ambulance, killing two passengers in the ambulance. Pictured is the crash scene

There are reports occupants in both vehicle were trapped inside and had to be freed by Queensland Fire and Emergency Services crews.

Two passengers in the back of the ambulance died at the scene.

A Queensland Ambulance spokesperson said seven patients were assessed at the scene including a paramedic.

The ambulance driver and two additional passengers were taken to hospital in a stable condition.

The truck driver aged in his 40s was airlifted to Rockhampton Hospital in a serious condition.

Capricornia Highway was closed in both directions for several hours. 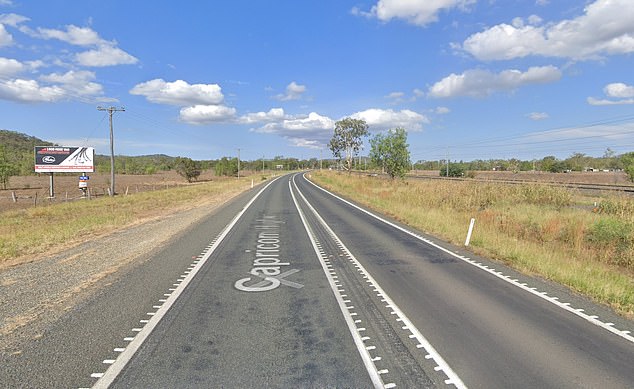 The tragedy happened on the Capricornia Highway (pictured) west of Rockhampton

Woman, 23, weeps as she avoids jail after posting lit firework through her ex’s letterbox