The UK needs a boost when it comes to providing charging points for electric cars after it was found to be languishing in sixth place in a survey of European countries.

Britain is a long way behind the front runners the Netherlands, which is the top destination for ‘green’ drivers, according to a study by car finance company Carmoola.

The nation best known for its pedal power, has a total of 90,284 charging points – that’s around 242 for every 60 square miles of land.

In comparison, the UK currently offers drivers 16 chargers for every 60 square miles, or a total of 39,034 points.

With around 381,163 electric motors on our roads that means there are ten cars for every charging point. 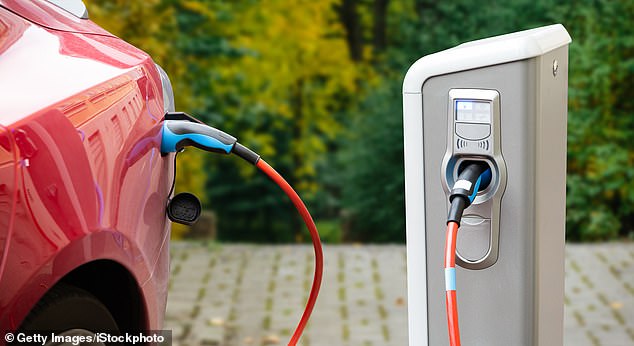 The UK has 39,034 electric charging points to service around 381,163 electric vehicles

Other countries where you won’t ever be too far away from somewhere to stop and boost your battery are Belgium, Switzerland, and Germany, coming in third, fourth and fifth respectively.

Belgium is home to 45 points for every 60 square miles, while Switzerland has a total of 20 for the same area.

Germany, which boasts the biggest landmass, currently has 17 for every 60 square miles.

While every European nation has more electric vehicles than charging points, the country where you are likely to wait the least amount of time is the Netherlands, where it equates to just three cars per point.

Overall, 23 countries were listed in the report, with Estonia, Finland and Latvia having the lowest number of chargers per 60 square miles.

Latvia and Estonia are the only countries where the average numbers of points per 60 miles square is less than one, 0.65 and 0.89 respectively.

The Netherlands hopes to have installed 200,000 electrical charging points by the year 2025 and the government’s current incentive plan makes the cost of owning an electric car around the same as having a petrol or diesel version. 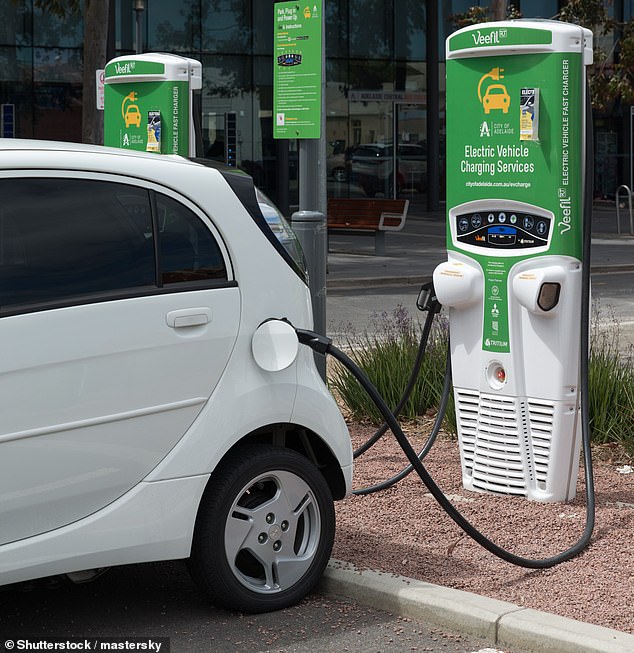 The UK compares unfavourably with the Netherlands, which has 90,284 charging points

And by 2030 only emission-free vehicles will be able to be registered in the country.

Aidan Rushby, CEO of car financing app, Carmoola, which carried out the study, said: ‘EV technology is continually improving, which means they are more powerful in terms of speed, acceleration and mileage – perfect for driving in the city as well as longer journeys now.

‘But if you still have apprehensions, and want to avoid the airports, we thought we’d pull together the ultimate guide to get you on the road this summer.

‘With so many fast chargers all over Europe, you won’t have to wait hours to get back on the road.

‘If you’re considering buying an electric vehicle this year, think about the Volkswagen ID.4, with two electric motors you can get from zero to 62mph in just 6.2 seconds. The Pro Performance spec also has a range of 322 miles- perfect for road trips.

‘And if you want to know how much you can afford? Carmoola can give you a budget and finance decision in sixty seconds, giving you the freedom to buy a sustainable vehicle instantly with a virtual card online or at a dealership.’

Lauren Goodger is ATTACKED hours after her baby daughter's funeral, as man, 25, is arrested

Mother-of-four, 42, who suffered with lung condition, dies from Covid