Ukrainian soldiers are singing the praises of Australian-made Bushmasters and pleading for more to be sent to fight off the brutal Russian invasion of their country.

The 19 surviving troop carriers are in constant action and under heavy fire in Ukraine’s east as the soldiers lucky enough to drive them label them life-savers.

Footage emerged in late May that showed the burnt-out wreckage of a Bushmaster sitting on an empty field on the border between Donetsk and Luhansk in eastern Ukraine.

A Ukrainian unit commander has now confirmed a Bushmaster was destroyed near the village of Trypillia but everyone inside the bombed vehicle survived.

Vitaly, who drives and commands another Bushmaster, told the Sydney Morning Herald he was part of the battle and saw what happened.

‘I was there, I saw that Bushmaster go in for the first time, bring the guys back and then go in a second time. And then it got hit,’ unit commander Vitaly told the Sydney Morning Herald.

‘It’s armoured inside and that’s a big plus for this vehicle because it protects the safety and the health of the soldiers inside.

‘If we had more vehicles like this, we would save more lives – and the lives of our soldiers are the most important thing.’ 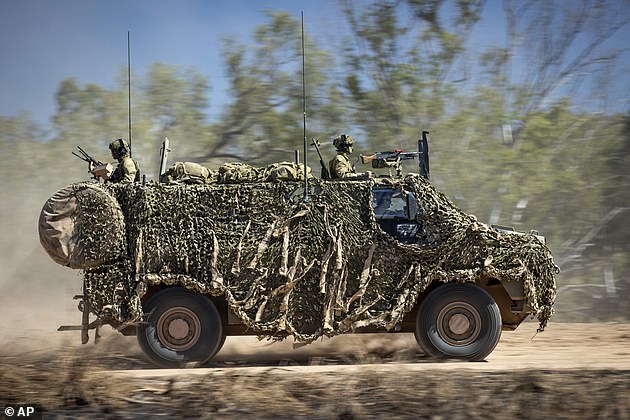 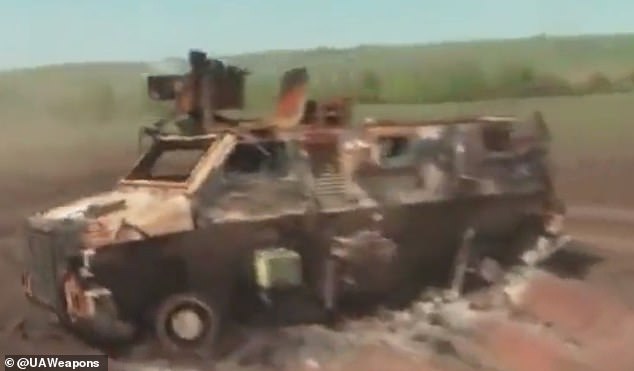 It’s not just the safety of the Bushmasters that make the vehicle popular with the Ukrainian defenders compared to their Soviet-era troop transports.

It has air-conditioning, it’s like a house on wheels.

‘I would have lived inside. I stay in it all the time.’

The Bushmaster, nicknamed ‘The Bushy’, is an 11-tonne armoured military vehicle built in the Victorian city of Bendigo and is designed to deploy up to 10 soldiers to the battlefield.

The 20 vehicles sent to Ukraine were refitted for duty after being ‘retired’ having seen extensive service in Afghanistan and emergency relief zones.

They were repainted olive green with Ukraine’s flag stencilled on each side. 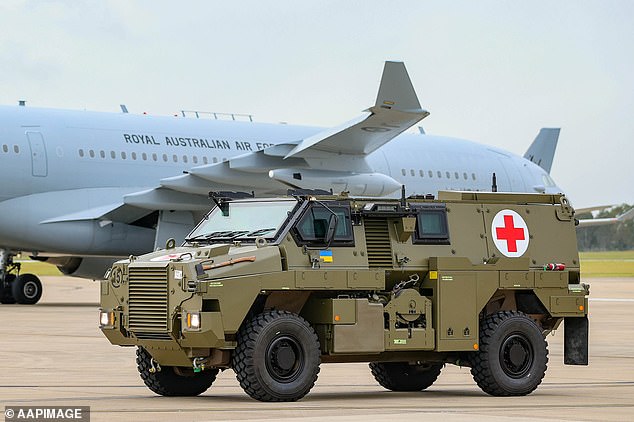 The words ‘United with Ukraine’ were emblazoned on the vehicles in both English Ukrainian along with a kangaroo bounding next to a Ukrainian flag.

Vitaly made a plea for Australia to send more along with other munitions, such as the six light-weight towed howitzer cannons that accompanied the Bushmasters.

‘We need artillery and ammunition for the artillery,’ he said. 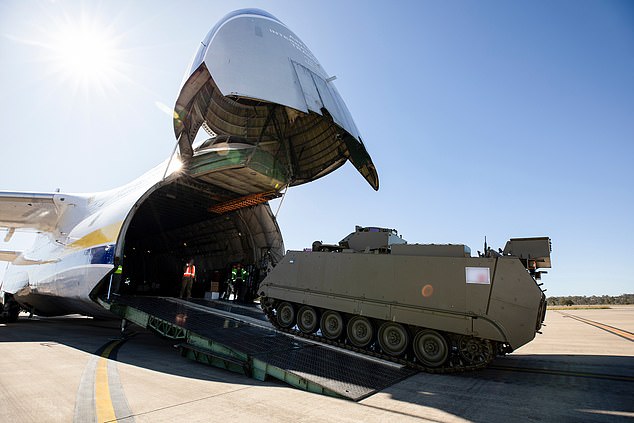 A M113AS4 armoured personnel carrier is loaded onto an Antonov An-124 cargo aircraft at RAAF Base Amberley, Queensland as part of Australia’s military aid to the Ukraine 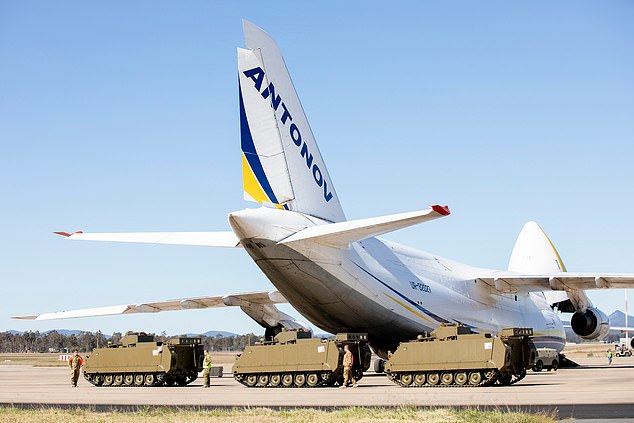 On June 9, Australia sent the first four of 14 heavier M113AS4 armoured personnel carriers to the Ukraine.

The vehicles were loaded onto a Ukrainian Antonov AN-124 aircraft at the RAAF Base Amberley just outside of Brisbane.

The M113AS4 is an advanced variant of the American M113 model, which has been in service since the Vietnam war.

In response to requests made by Ukraine, Australia has pledged over $285million in military aid which also includes anti-armour weapons, ammunition, drones,  medical supplies plus other equipment.

‘Australia stands with Ukraine, and again calls on Russia to cease its unprovoked, unjust, and illegal invasion of Ukraine,’ Mr Marles said. 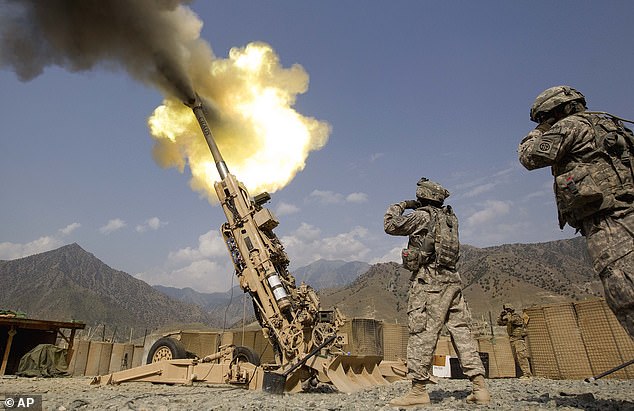 Since launching its all-out assault on the Ukraine in February Russia has encountered staunch resistance.

It is now concentrating its efforts on securing the eastern area of Donbas, which broadly refers to Ukraine’s eastern regions of Donetsk and Luhansk.

The area was largely held by Russian-backed separatists before the invasion. 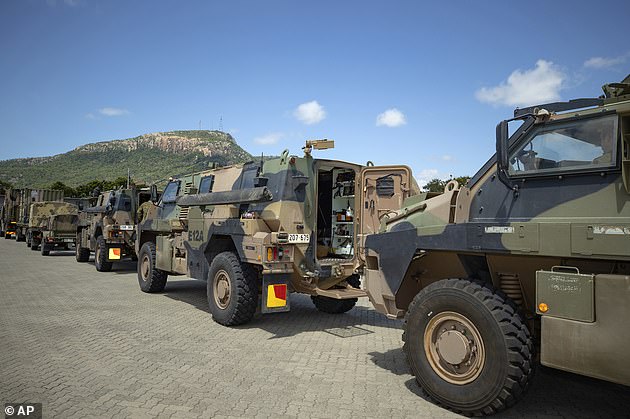 The vehicle’s design means it can serve a variety of other roles, including as an ambulance (pictured, Bushmaster armoured vehicle’s prepare for deployment to assist flooded communities in March 2022)

What is a Bushmaster?

The Bushmaster Protected Military Vehicle (PMV) – or Infantry Mobility Vehicle – is an Australian built, four-wheel drive armoured vehicle that has seen action in several wars and is designed to carry up to 10 soldiers to the battlefield.

Nicknamed ‘the Bushy’, the vehicle is built to withstand any environment and protect troops from bomb blasts, and were widely used by the Australian Defence Force during the conflict in Afghanistan.

The Bushmaster can carry mortars and other heavier weapons, and can also be equipped with machine guns and other military equipment.

It can also carry enough fuel and supplies to operate for three days without resupply and has a central tyre inflation system allowing it to function with punctures.