A Union chief will today take an extraordinary swipe at Jacob Rees-Mogg for attempting to get civil servants back to the office.

Dave Penman, the general secretary of the FDA – a trade union for civil servants – will accuse the minister of discouraging talented people from applying for Whitehall jobs.

Mr Rees-Mogg last month left notes on empty desks in the Cabinet Office saying: ‘Sorry you were out. I look forward to seeing you in the office very soon.’

The minister for government efficiency has said civil servants must stop working from home and return to the office.

And last night he suggested they should be back in the office four days a week.

He told ITV’s Peston there is ‘a desire for people to take Mondays and Fridays off to work from home’ which ‘indicates there is not a serious attitude to work, it’s about extending the weekend’.

He added: ‘[Education Secretary] Nadhim Zahawi is asking people to be back in four days a week, I think that’s a very reasonable target.’

It comes after it emerged yesterday that staff will not be given a ‘default’ right to work from home, despite previous predictions that legislation would be introduced on the issue. 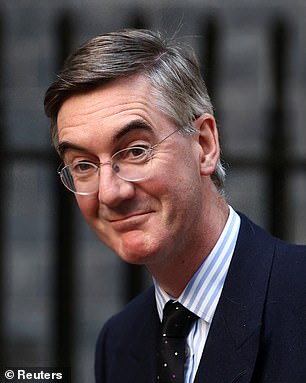 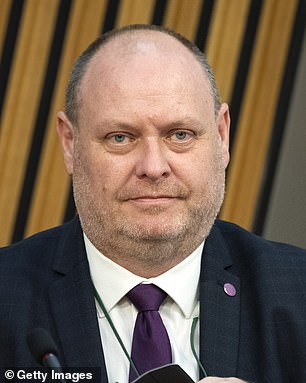 In his address to the FDA’s annual conference in London today, Mr Penman will denounce the minister’s notes as ‘crass, condescending and passive aggressive’.

The union boss will tell members: ‘Can you imagine a chief executive in private industry treating staff like that?

‘Or one who would brief the press that their staff were lazy and undermine their most senior managers in the process?

‘So, whilst private industry has embraced this quiet revolution in working practices, delivering efficiencies for employers and greater flexibility for employees, we have Jacob Rees-Mogg wandering around Whitehall with his clipboard and his clicker counting people at desks.

And of course, it is only Whitehall. It’s like he doesn’t understand that the majority of civil servants are outside of the M25.

Tens of thousands of civil servants… all being told to forget about flexible working.’

He also added that it is ‘not efficient to be paid £150,000 a year to wander around offices’ and ‘demotivate hundreds of thousands of public servants’.

‘Be micro-managed, demeaned… get paid a fraction of what you would get elsewhere and, of course, you can now forget about flexible working.’

The union leader said his message to Boris Johnson was that the ‘culture war against the civil service has to stop’.

He added: ‘You say you want a brilliant civil service and you want to attract the brightest and best to join it. Well, this is not the way to go about it.

‘Challenge us to deliver, be clear about your priorities, but step back and let those whose job it is to run the service get on with it.’

Mr Rees-Mogg last month told the Daily Mail that civil servants needed to use their plush London offices or ‘lose’ them.

He released a picture of an empty Cabinet Office department after he left notes for absent staff.

Sydney, Melbourne, Brisbane weather: Even more rain about to strike, when it will end

Universities must ditch online lectures when all Covid restrictions are lifted, minister says