‘It’s a little bit disturbing’: Unvaccinated talk radio host Glenn Beck says he has COVID for a second time and it’s moved to his lungs: Reveals he’s being treated with ivermectin and hydroxy

Unvaccinated conservative talk radio host Glenn Beck says he has COVID-19 again and this time it has moved to his lungs.

Beck, 57, confirmed he contracted coronavirus for the second time during an appearance on Mark Levin’s podcast on Wednesday.

Beck confirmed to Levin he is dealing with the Omicron variant and that he is taking medication – including the anti-parasite drug ivermectin and hydroxychloroquine – to treat the virus, which has spread to his lungs.

‘It’s starting to go into my lungs today and a little disturbing. I’m on all the medications and treatments and everything else, so,’ he said. 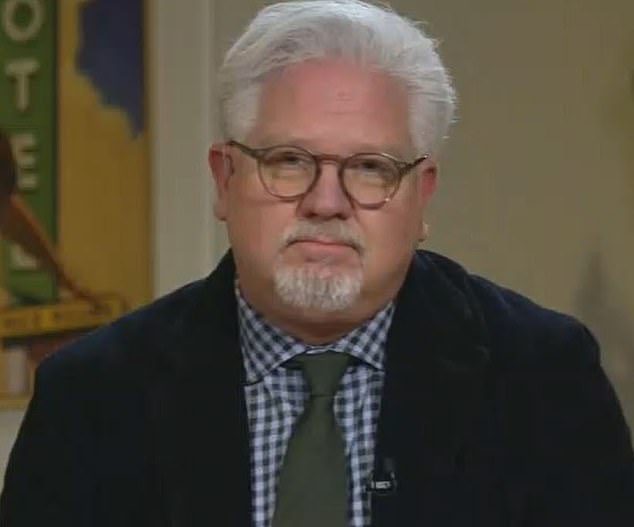 Glenn Beck, 57, confirmed he contracted coronavirus for the second time during an appearance on Mark Levin’s podcast on Wednesday

Beck added that he has been dealing with Covid for about a week and he was getting better.

‘I have had it for about a week,’ Beck added, while coughing. ‘I’m not going downhill. I mean, I think I’m feeling better. It’s just getting into my lungs… you will want to avoid that,’ he added.

Beck assured the right-wing radio host that he is not worried about the severity of his illness.

‘Mark, I am not concerned about it. I’m really not,’ Beck declared. ‘I just am so done with this whole COVID thing. I know it is real.’

Beck acknowledged that because of his weight and health issues he is more at risk.

‘I am a fatty-fat-fatso, so that is probably not the best thing, and I got some other issues,’ he said.

‘My second covid test positive! Crap. So far it is way different than the first time I had it in Dec ‘20. That time it wiped me out for almost 3 weeks,’ he captioned a picture of his positive diagnosis. ‘This time it is just the worst ‘cold’ I have ever had. This is really good news if that becomes the dominant variant and almost the same pattern as the Spanish flu.’

‘The big question is: WHY CAN MY DOCTOR GIVE ME THE TREATMENT HE AND MANY OTHER DR’s Believe in. Why is it we are out of the Monoclonal antibody treatment?,’ he continued. ‘Do we still live in America or are we all going to just quietly accept that we just need to get over it and live with less.’

‘No Thanks Fidel. If I would become seriously ill it will only be because this administration along with Big Pharma won’t allow the free market to actually work,’ he added.

Inside the academy of anarchy: How Pimlico school saw the headmaster chased down a corridor