West Virginia’s governor said he feels ‘extremely unwell’ after testing positive for COVID-19, forcing the Republican to cancel his State of the State address scheduled for Wednesday.

Jim Justice, 70, who is vaccinated and had a booster shot, tested positive for the virus Tuesday after developing a cough and congestion. He took a rapid antigen test that came back negative, but the more thorough PCR test came back positive.

‘While I was surprised that my test results came back positive, I’m thankful to the Lord above that I’ve been vaccinated, I’ve been boosted, and that I have an incredible support system, especially my loving family,’ the governor said in a statement on Tuesday.

‘That being said, I feel extremely unwell at this point, and I have no choice but to postpone my State of the State address to the Legislature.’

The state has seen cases spike as the more mild Omicron variant spreads through the country. On January 3, West Virginia recorded almost 10,000 new cases but the number of those infected dropped to around 2,500 on January 11. The seven-day average is currently 3,045.

Justice, who is self-isolating at home, said his blood pressure has shot up and has a headache and fever. 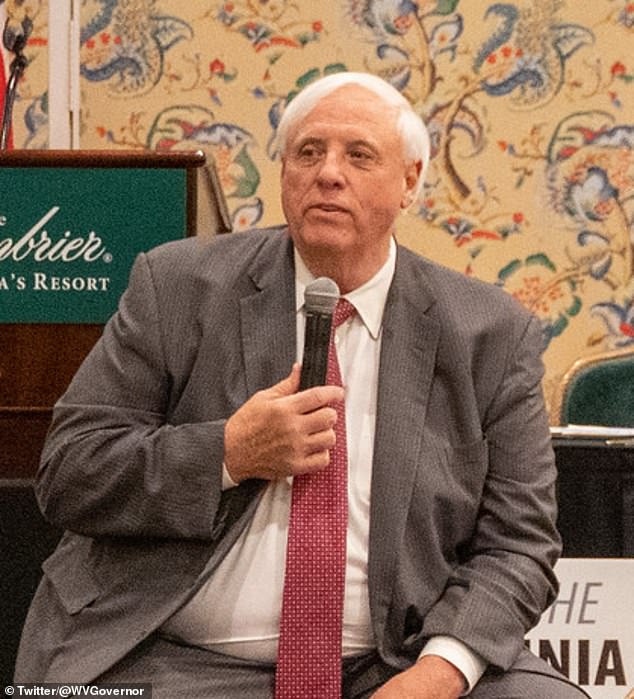 Governor Jim Justice, 70, tested positive for COVID-19 on Tuesday after developing a cough and congestion in the morning. The governor, who is vaccinated and boosted, said he is feeling ‘extremely unwell’ 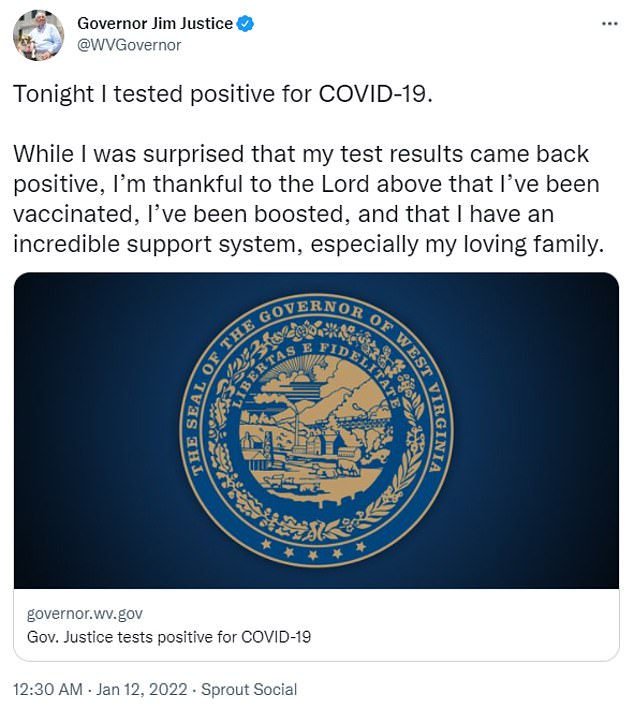 Justice revealed his positive test on Twitter, along with a press release statement

The treatment is used for typically high-risk patients by giving them antibodies to lessen symptoms or the amount of the potential virus inside the body. Patients do not have to have a positive test result to get the treatment.

All those in close contact with the governor have been notified – including his wife, who has tested negative.

The positive test forced the two-term governor to delay his annual address to the residents of the Mountaineer State. He will submit a speech to the Legislature and give the speech at a later date when he is feeling better.

‘For this to happen just one night before the State of the State – knowing I won’t be able to be there – saddens me. There are so many great things happening in West Virginia right now,’ he said in a statement.

The governor has been a huge proponent of the vaccine throughout the pandemic, but West Virginia has one of the lowest vaccination rates in the nation, with only 55 percent fully vaccinated.

‘We need to keep pulling the rope together. We’re going to get through this and put an end to this terrible pandemic once and for all,’ he said.

He also asked West Virginians to ‘continue praying for the 5.452’ lives lost in the state due to the virus.

The governor has taken a more direct approach toward vaccination, often saying those who are unvaccinated are ‘part of the problem.’

In July, he said: ‘If you’re out there in West Virginia, and you’re not vaccinated today, what’s the downside?

He is even advocating for a fourth shot for the state’s at-risk population. 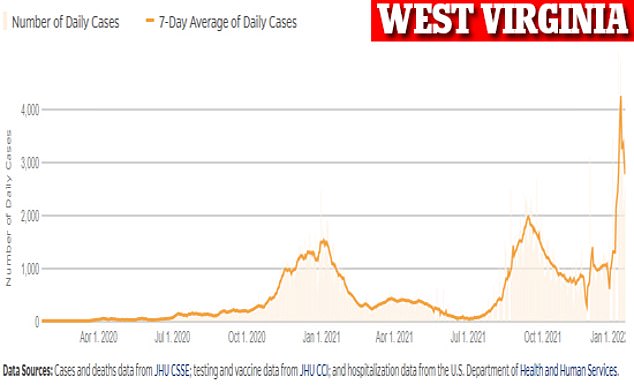 West Virginia saw a peak in cases on January 3, before seeing a decline. The state is now still an incline again as Omicron continues to surge 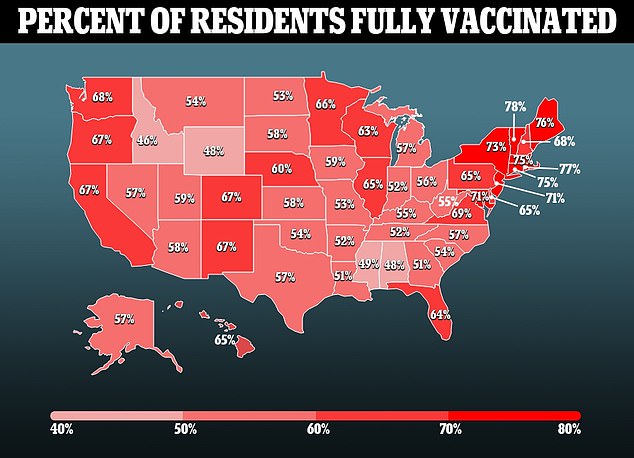 West Virginia is among the states with a low vaccination rate, with only 55 per cent of its population fully vaccinated

Justice sent a letter to President Joe Biden requesting him to get CDC and FDA authorization for West Virginia for the additional dose, a press release said on January 6.

West Virginia is the first state in the nation to make this request.

Justice cited Israel’s move to offer fourth doses to its citizens and said that West Virginia wants to ‘walk hand-in-hand with Israel.’

‘Just like West Virginia has led the nation time and again throughout this pandemic, Israel has led the world. And, right now, Israel is offering a fourth dose to an even bigger population – people who are four months out from their Pfizer or Moderna booster shot,’ he said at a January 6 conference.

‘What we want to do is walk hand-in-hand with Israel.’

The governor proposed the second booster for those over 50 or for essential workers.

Man, 39, is arrested on suspicion of attempted murder after woman ‘run down by Audi in hit-and-run’