A grandfather and Liberal party volunteer was allegedly attacked by a group of thugs after he confronted them about removing a candidate’s campaign signs.

Hazelbrook cafe owner Kevin Birch, 53, told Daily Mail Australia while driving in the Blue Mountains with his wife and daughter, he came across a man he claimed was removing posters for Liberal’s Macquarie candidate Sarah Richards.

When Mr Birch questioned the man, who was wearing a red jumper, he said ‘I don’t like Sarah Richards, and I don’t like the Liberal Party’.

He offered to replace the sign if Mr Birch would let him go. 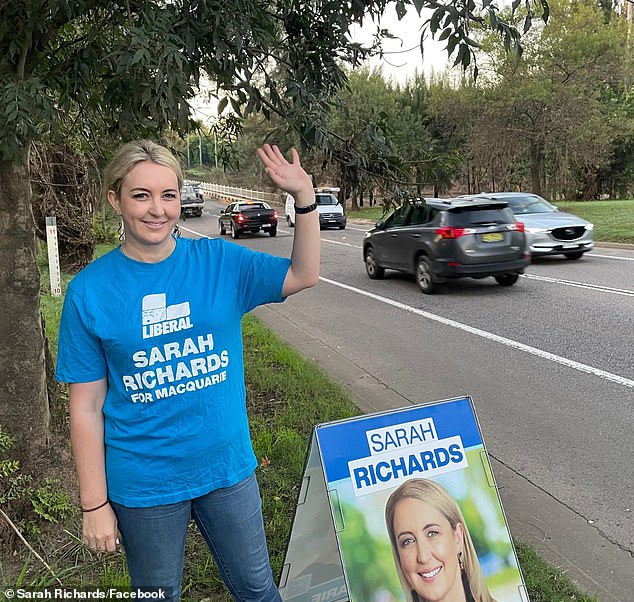 Hazelbrook cafe owner Kevin Birch, 53, came across a man he said was removing posters for Liberal’s Macquarie candidate Sarah Richards in the Blue Mountains on Wednesday 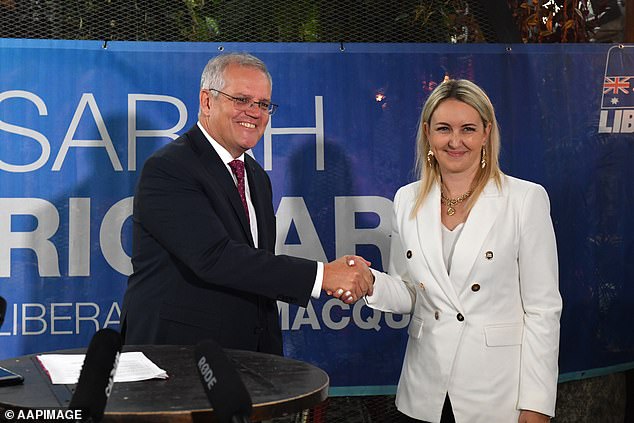 The man who removed the signs, who was wearing a red jumper, told Mr Birch, ‘I don’t like Sarah Richards’, then offered to replace the sign if he could be let go

A white Nissan then arrived, and a man in a white hoodie approached Mr Birch and allegedly punched him in the face through his open car window, 9 newspapers reported.

Mr Birch alleges he was threatened and again punched, in the head and back, after reporting the Nissan’s licence plate to police in a phone call.

He suffered swelling to his jaw and bruising to his knee and ankle in the alleged assault.

NSW police confirmed a man was charged over the incident.

‘A 25-year-old man was arrested in Lawson on Thursday and charged with assault occasioning actual bodily harm and common assault,’ a police statement said.

It is understood police are still trying to locate the man in the red jumper.