Wanted mom, 40, leads cops on high speed chase with her two year old daughter in the car then uses her as a human shield when they finally stop her

This is the shocking moment a mom on the run uses her two-year-old child as a shield after police flagged her down.

Body cam footage shows the officers trying to pull over Consiglio and arrest her but she led them on a chase for several miles.

The dramatic pursuit caused a tire on Consiglio’s car to pop and then a second was disabled by Deputy Stringer who used stop sticks.

Eventually, Consiglio’s speed decreased because of the stop sticks and a P.I.T maneuver was done by Deputy Griggs.

Deputies say the 40-year-old used her toddler as a shield, backing away from deputies in footage of when she was stopped.

Consiglio was ordered to put down the child in body cam footage but she did not obey the order so Deputy Fretts took the child from her arms, according to CBS 12 news. 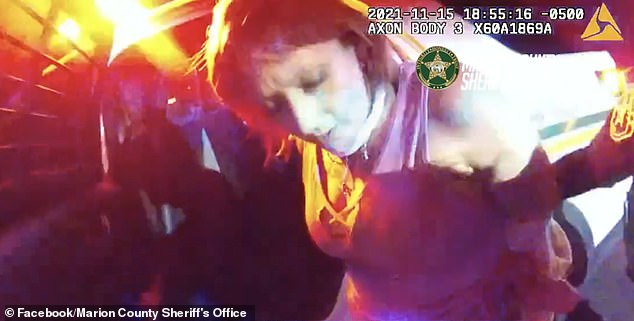 Melanie Consiglio, 40, (pictured) was pulled over by cops in Marion County on November 5 after she led them on a police chase for several miles when they noticed her blue Chevy Impala failing to stop at multiple signs

The woman was then arrested by Griggs and Stringer after actively resisting and taken to Marion County Jail.

She was arrested for 10 criminal offenses committed on the night of November 15 and then for 7 additional offenses based on outstanding felony warrants. 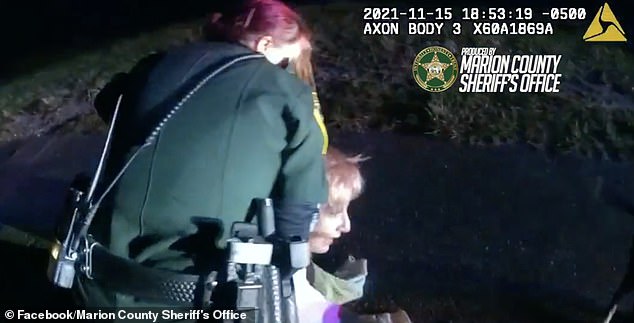 There were also dogs in her car which escaped after she was pulled over.

The dogs were picked up by animal control after she was taken into custody.

Consiglio’s daughter was unharmed and deputies stayed with her until family arrived. 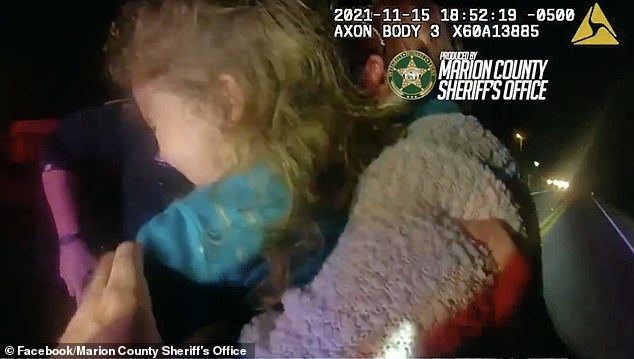 The toddler was unharmed and deputies stayed with her until family arrived. Pictured: Deputy Fretts holds the child

Bill Gates transferred $1.8billion in stocks to his wife Melinda the day they announced divorce

Boris braces for fish clash with Macron at G20 summit

Grandmother, 67, is slapped with a restraining order banning her from feeding retired racehorse