A mother had no other choice but to give birth in her own shower after her daughter arrived two weeks early – with shocked firefighters arriving to find the pair in the bathroom.

A worried neighbour had rang triple zero after hearing mother Nikki Ross in Warriewood, in Sydney’s Northern Beaches, crying out in distress.

Police and a NSW Fire and Rescue crew arrived at the home just after 10am on Friday and were ready to ram the front door down when nobody came to answer.

Thankfully due to a quick-thinking five-year-old girl who lived in the home, she managed to use a step ladder to open the garage door for the emergency service workers who then found an exhausted Ms Ross nursing her baby in the shower. 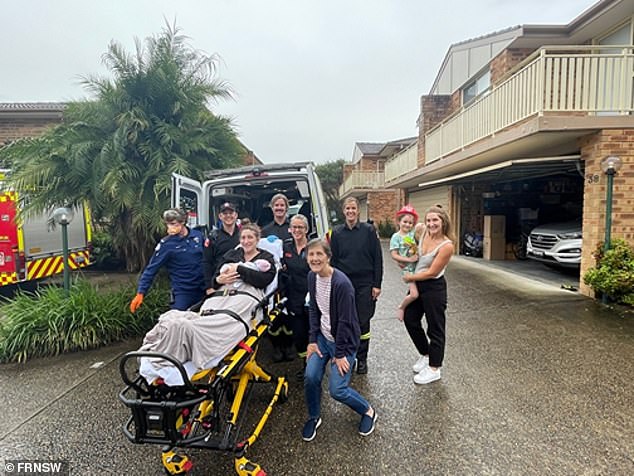 Warriewood mother Nikki Ross gave birth to her daughter in her shower after she arrived two weeks early. Firefighters were first on the scene

The baby girl had surprised everyone – including her father who was at work – by arriving two weeks early.

Female firefighters comforted the mum while they waited for paramedics to transport her to hospital.

The Warriewood mother, who was taken to nearby Northern Beaches Hospital in a stable condition along with her new daughter, said she was still trying to process her daughter’s sudden arrival. 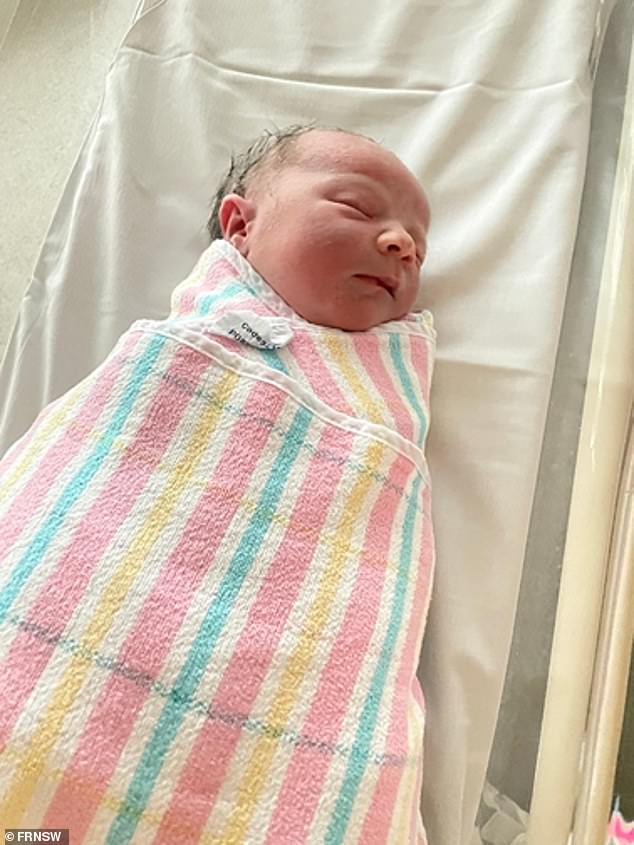 ‘I’m still in shock … it was a bit crazy this morning but now all is good,’ she said.

‘(The emergency workers) were fantastic with everything … they were so helpful and I really appreciate what they did for me.’

Firefighters also gifted one of their red helmets and a care bear to the five-year-old for her help in getting emergency workers into the townhouse.

FRNSW Leading Station Officer Tracey Spindler said the call was one she would never forget.

‘I’ve been faced with some interesting scenarios in my 24 years as a firefighter… but this tops the lot and is this the most special without a doubt,’ she said.

‘Even when you’re thinking about being ‘Prepared for Anything’, you certainly aren’t expecting this.’ 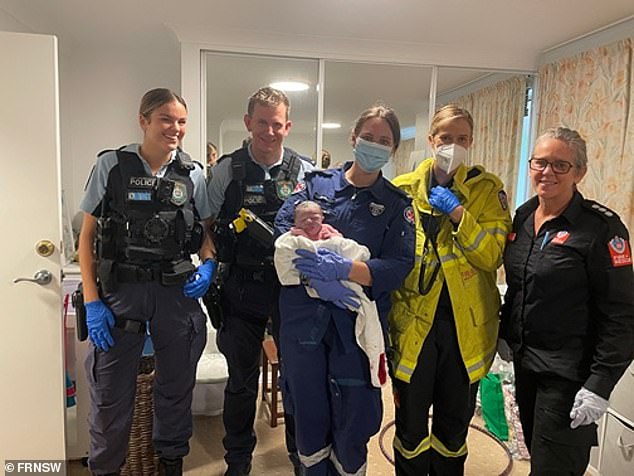