School teachers could be the next group targeted for mandatory coronavirus vaccinations in Western Australia in a bid to accelerate the state’s rollout.

Education Minister Sue Ellery says the idea is being considered by the state government amid concerns about the highly infectious Delta strain.

‘In Victoria and New South Wales they have mandated it, and you have to look at the impact that Delta has had in schools. It’s being spread in schools and young people have caught it and are being affected by it,’ she told reporters on Tuesday. 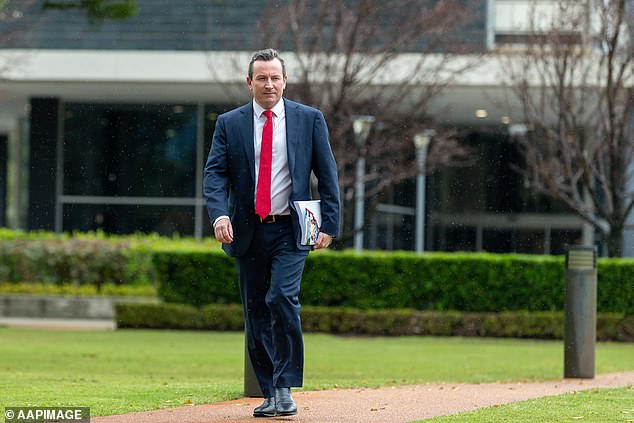 ‘Obviously we’ll act on the health advice but you’ve got to look at what’s happening in other jurisdictions.’

As NSW edges closer to an 80 per cent vaccination rate, WA continues to trail behind at about 53 per cent for those aged 16 and above.

Up to 100,000 fly-in, fly-out workers in the mining and resources sectors must also be fully vaccinated by the end of the year.

Almost 42,000 full-time equivalent staff are employed by WA’s Department of Education with the majority teachers and support workers. 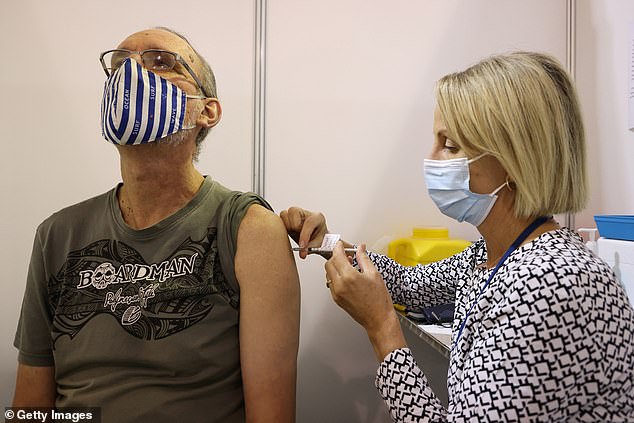 Currently all frontline staff as well as port, transport and freight workers, health and aged care workers are required to be vaccinated (pictured, a vaccine being administered in Perth)

The union representing WA’s public school teachers said it would support mandatory jabs if they were backed by health advice.

‘Vaccinations are widely supported by the union movement as being the best way to avoid ongoing serious health, economic and social disruption from Covid-19 outbreaks,’ the State School Teachers Union of WA said.

‘Any decision to mandate vaccination for teachers and lecturers should be made on the basis of an assessment of the risks to staff, students and their families and should be the subject of a public health order rather than left to the employer.’

The state government is also seeking legal advice on potentially forcing MPs to get jabbed, with two upper house politicians reportedly yet to be vaccinated. 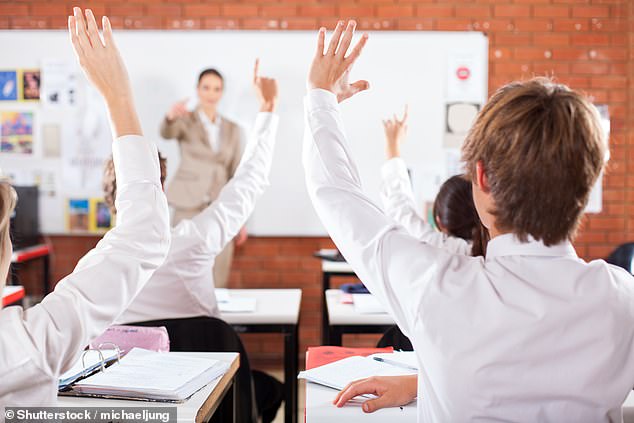 Premier Mark McGowan said all of Labor’s 75 state MPs had received at least one dose.

He acknowledged the government had not received health advice recommending mandatory jabs for MPs but said they should set an example.

‘We’re saying to nurses and cleaners in hospitals they must get vaccinated. Surely a member of parliament who represents the community and visits hospitals regularly should get vaccinated as well,’ he said.

‘Virtually every single day, myself, my team get out there and are part of the community. You mix with vulnerable people, older people, sick people … you should set the right example and make sure you are not a risk to those people as well.’

Northern Lights: Stargazers share snaps of aurora seen in the UK, US and Canada as solar storm hits

Hairdresser who called Jan. 6 ‘best f—ing day ever’ after breaching Capitol gets 14 days in jail