National Security Council spokesman John Kirby now insists that the number of al-Qaeda hiding out in Afghanistan under the shield of the Taliban is not ‘very very large,’ one year after President Biden insisted the terrorist group was ‘gone’ from the nation.

Al-Qaeda leader Ayman al-Zawahiri was killed in a U.S. drone strike Monday while he was hiding out in downtown Kabul, Afghanistan’s capital and most populous city, at the home of a senior Taliban leader.

Kirby said Zawahiri, who had a heavy hand in the 9/11 attacks, had been hiding out not in the remote mountains but in bustling Kabul since around December 2021, just four months after the U.S. pulled out of Afghanistan and the Taliban took over.

Asked how many members of al-Qaeda were still hiding out in Afghanistan, Kirby told Fox News’ ‘America’s Newsroom’: ‘I don’t want to get too specific, we do not believe the number is very very large and we’re watching it as closely as we can.’ 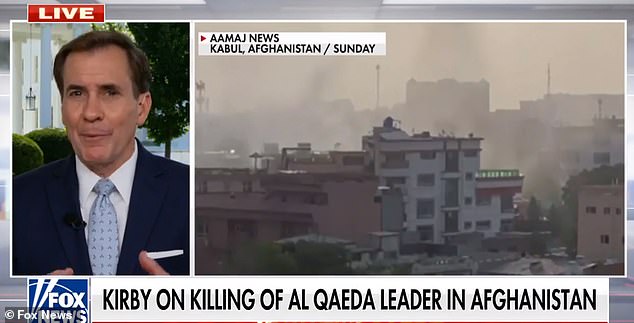 Asked how many members of al-Qaeda were still hiding out in Afghanistan, Kirby told Fox News’ ‘America’s Newsroom’: ‘I don’t want to get too specific, we do not believe the number is very very large and we’re watching it as closely as we can’ 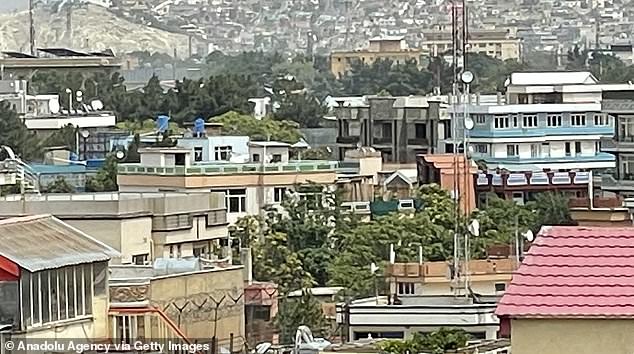 Zawahiri was targeted while hiding out in Kabul’s Sherpur neighborhood, pictured above on Tuesday 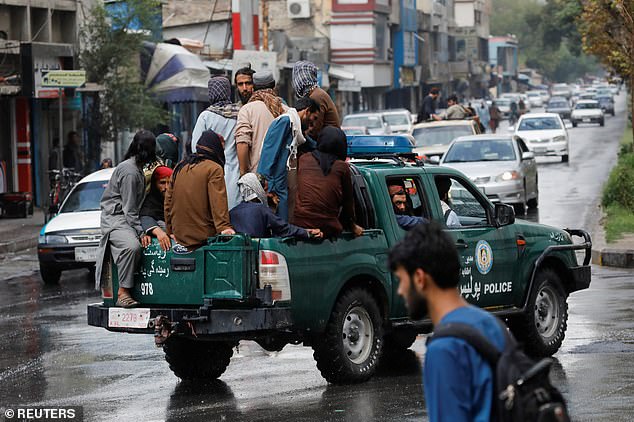 Taliban fighters drive a car on a street following the killing of Al Qaeda leader Ayman al-Zawahiri in a U.S. strike over the weekend, in Kabul, Afghanistan

Kirby then said it was ‘not true’ to insist the Biden administration claimed al-Qaeda was ‘gone’ at the time of the U.S. withdrawal in August 2021.

‘We were very honest about the fact al-Qaeda had some presence in Afghanistan even before we left,’ he said.

President Biden, however, did insist al-Qaeda was ‘gone’ at the time.

‘We went to Afghanistan for the express purpose of getting rid of al Qaeda in Afghanistan as well as getting Osama bin Laden. And we did,’ he told reporters on Aug. 20, 2021.

Biden had set Aug. 31 as the deadline for U.S. troops to be out of the nation. Amid calls to delay that deadline, he said: ‘What interest do we have in Afghanistan at this point, with al Qaeda gone?’

In June, UN security intelligence experts revealed that al-Qaeda was enjoying a ‘safe haven’ in Afghanistan under the Taliban and warned the country could become a base for international terrorist attacks once again. 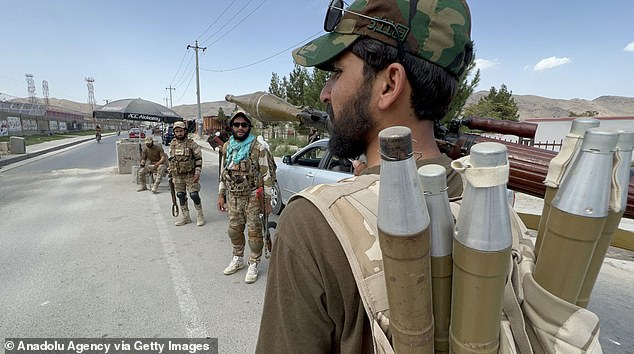 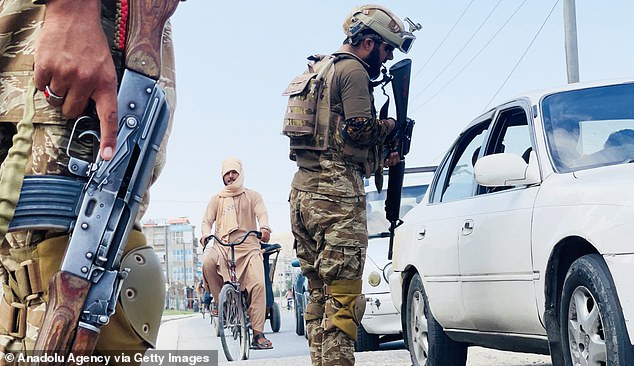 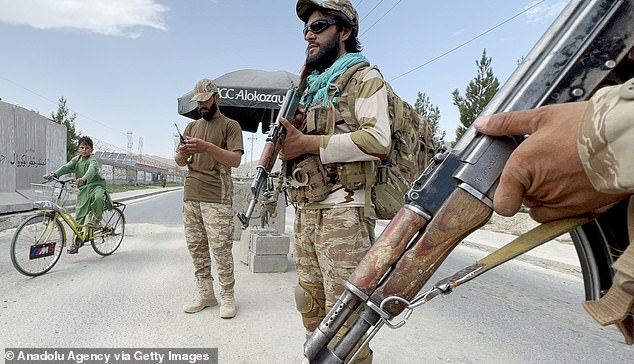 The Taliban formed links with al-Qaeda between 1996 and 2001, when the Islamist group ruled over Afghanistan.

Over the 20-year war in Afghanistan, the US targeted and splintered al-Qaeda, sending leaders into hiding. As the Taliban and al-Qaida spilt across the region, many collaborated and regrouped in factions, with ISIS emerging in 2014.

In 2020, the Taliban signed the Doha peace deal with Donald Trump’s administration, saying that said it would keep ISIS and al-Qaeda out of Afghanistan.

But critics at the time said that the Taliban would provide a ‘safe haven’ for terrorist groups.

The killing gave a chilling confirmation of those fears, with even Biden administration officials warning that the Taliban had violated the Doha agreement

‘By hosting and sheltering the leader of al Qa’ida in Kabul, the Taliban grossly violated the Doha agreement and repeated assurances to the world that they would not allow Afghan territory to be used by terrorists to threaten the security of other countries,’ Secretary of State Antony Blinken said in a statement just after Biden announced the operation from the White House.

The Taliban, in turn, accused the U.S. of violating the Doha agreement with the drone strike, which it called a ‘violation of international norms.’

Officials have said they believe senior Taliban officials were aware of Zawahiri’s presence in the villa in Kabul’s Shirpur neighborhood.

Zawahiri’s killing eliminates the 71-year-old Egyptian who more than anyone shaped al-Qaeda, first as Osama bin Laden’s deputy since 1998, then as his successor.

Together, he and bin Laden turned the jihadi movement’s guns to target the United States, carrying out the deadliest attack ever on American soil — the September 11, 2001, World Trade Centre and Pentagon attack.

When the 2001 US invasion of Afghanistan demolished al-Qaida’s safe haven and scattered, killed and captured its members, al-Zawahiri ensured al-Qaida’s survival.

He rebuilt its leadership in the Afghan-Pakistan border region and installed allies as lieutenants in key positions.

Man, 52, is fighting for his life after being attacked in ‘disorder’