Schoolgirl, 16, is kicked, punched and stomped on in a savage attack after being yanked to the ground by her hair

A 16-year-old girl suffered a concussion and facial injuries when she was bashed by a fellow student during her school lunch break.

The Year 11 girl was approached from behind at Whyalla Secondary College in country South Australia while sitting with a friends on Monday.

She was suddenly grabbed by her ponytail and dragged to the ground by another female student. 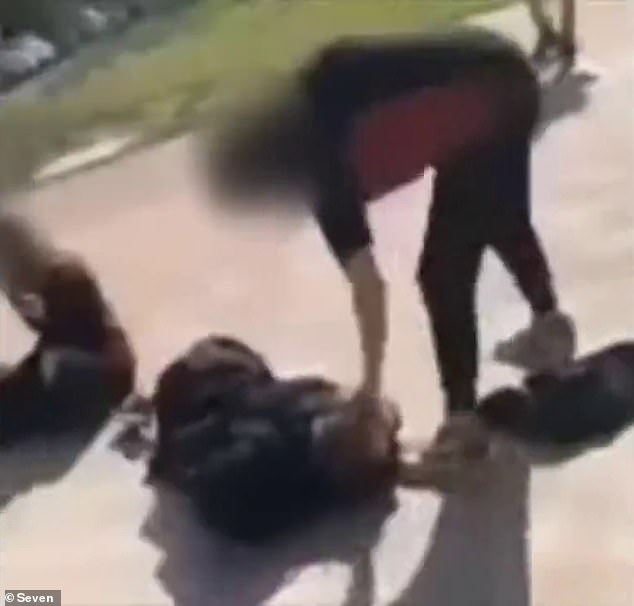 The group the 16-year-old was sitting with watched in horror as the attacker hurled abuse and began beating her.

‘Run your f**king mouth,’ the attacker yelled as she punched the girl.

The attacking student then drops the girl’s head and begins to kick her face.

She was then dragged further away from her group and kicked more as the ruthless attacker yelled: ‘Run your f**king mouth about my brother-in-law c**t’.

The attacking girl paused her barrage to yell ‘get the f**k up’ before stomping on the helpless girl’s head.

The person recording the video can be heard sniggering throughout the attack.

Shocking footage of the beating was widely circulated on Snapchat.

The Year 11 student suffered a concussion and minor facial injuries and was taken to Whyalla Hospital for treatment. 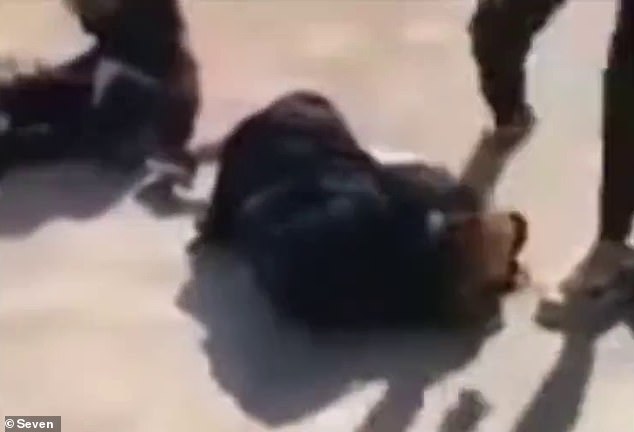 The female attack cursed at the young girl while kicking, stomping on, and punching her face while the person filming the video sniggered in the background 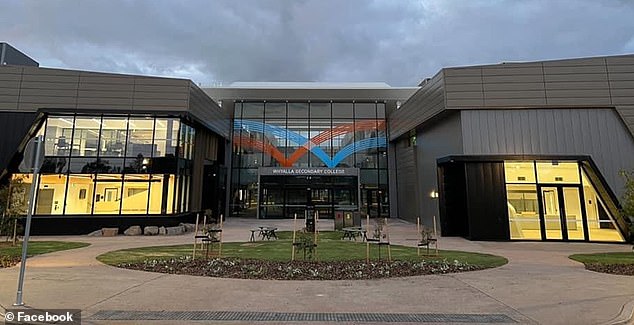 Police are investigating the attack and urged witnesses to contact them.

The school sent a letter to parents the following day stating: ‘Violence and aggression are not tolerated in our school, and we will be taking appropriate disciplinary action.

‘Wellbeing support will also be available, as required. The matter has been referred to [police] for further action.

‘We would ask that any mobile phone footage of the incident be deleted immediately and not forwarded on or posted online.’

Mother of Allecha Boyd who was found in a bush grave in Wagga Wagga, NSW, buries her daughter