Worried mothers have raised the alarm after a woman has been approaching parents in Cardiff and offering to buy their children for £1.

Several parents have reported on social media that they have been approached by a woman, who is sometimes accompanied by others, in Cardiff.

Each person reports that the woman took an interest in their children and offered to ‘buy’ them for £1.

South Wales Police said officers attended a report of a woman approaching a mother and her young child in Cardiff city centre on Friday and are aware of a number of similar incidents reported by others on social media.

A spokesperson said the woman has been identified, and while officers understand this is concerning behaviour, no offences have been committed.

They added: ‘We are grateful for this matter being reported and we wish to reassure the community that appropriate safeguarding measures are being taken.’ 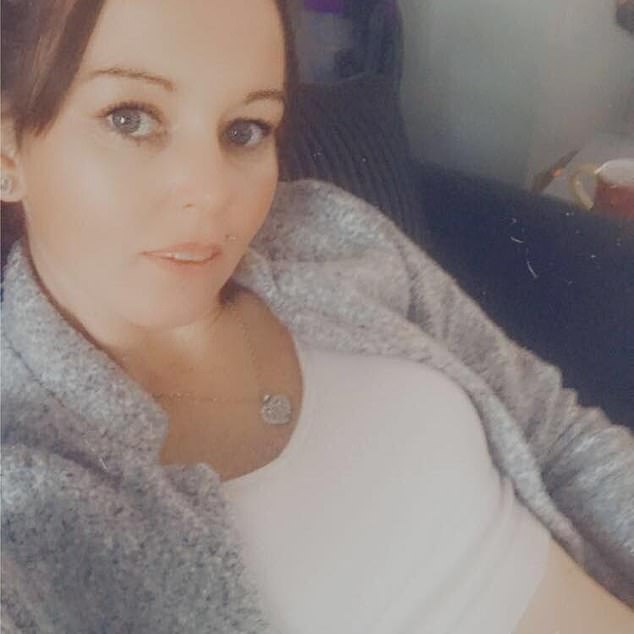 Worried mothers have raised the alarm after a woman has been approaching parents in Cardiff and offering to buy their children for £1. Pictured: Mother Catherine Jane Duggan said she was approached in the city centre by a strange woman who asked her to sell her baby for £1 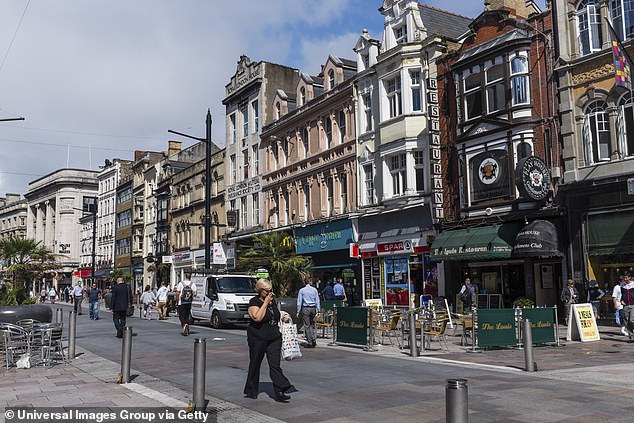 South Wales Police say they are aware of the incidents in Cardiff (pictured) and while no offences have been committed, they say, safeguarding measures have been put in place

Fern Richards, 23, who is from the Cardiff area, took her daughter to the city centre on Friday, November 19, for what was intended to be a day of Christmas shopping.

The mother said she was nursing her daughter outside a shop when a woman told her to be careful, as a woman had been close behind her looking at the child.

Fern said: ‘She said there was a lady right behind me – right by my daughter.

‘She said “keep a look out, as she just came over to me”. 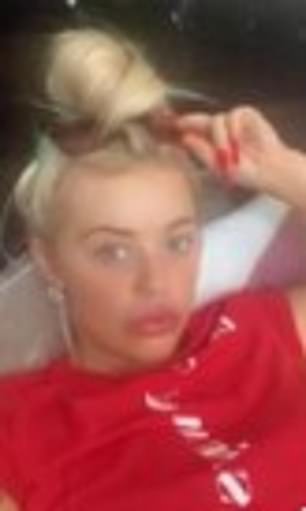 Pictured: Fern Richards said she notified the police after a woman offered to buy her baby in Cardiff last Friday

‘I continued to nurse my daughter, and there was a gentleman on my right hand side and one to my left.’

She said the woman then took a coin out of her pocket, looking at her daughter, and said: ‘£1 for her – I’ll take her – she’s beautiful.’

Fern said she noticed two police officers nearby so she went over to tell them what had happened.

Catherine Jane Duggan, 31, was also in the city centre on Friday when a woman approached her and asked about her baby.

The mother said she had left Primark because she was a little hot and bothered when the woman started asking about her baby.

Catherine said: ‘She just came up to me, and was asking if the baby is a newborn. It’s clear my baby isn’t a newborn.

‘I said “are you serious?” and she said “yes”. She kept getting closer to the baby.’

Catherine said she was aware she approached another woman on the same day, and has received lots of messages since posting about the incident on Facebook from people who say they have had similar experiences.

‘Since I have posted lots of people have said the same sort of stories, especially over the weekend,’ she added. 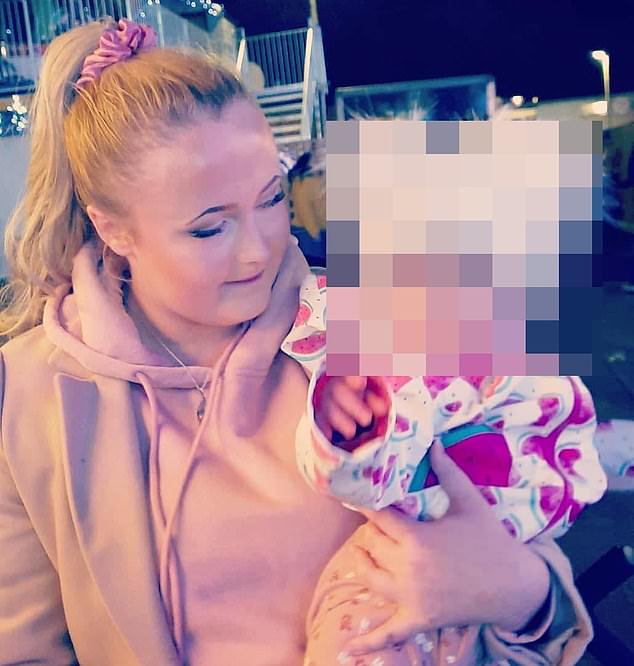 A more recent incident took place on Sunday when Georgia Davies, 22, said a group of women took an interest in her baby at Cardiff’s Winter Wonderland attraction.

She was standing near a ride with her partner’s mother as other members of her family were on a ride when she was approached by the group.

Georgia said: ‘I was holding [my baby] and dancing by the ride.

‘This group of women approached us and took an interest in my daughter and started talking, but they were only talking to my daughter.

‘This one woman fell behind. The others just spread out everywhere.’

Georgia said she was instantly a bit weary as she had already seen posts circulating on Facebook about people with children being approached by a woman.

‘She was saying she wanted to have a picture with her,’ Georgia added.

‘Then she started to hold her hand.’

Georgia said the woman wanted to hold her, but they told her she would only go to her mother.

Eventually the woman just stopped and walked off, but it left the young mother feeling shaken.

When asked about the issue, South Wales Police said: ‘On the afternoon of Friday, November 19, officers attended a report of a woman approaching a mother and her young child in Cardiff city centre.

‘The woman has been identified, and while we understand this was concerning behaviour, no offences have been committed.

‘The mother has confirmed there was no attempt to harm or take her child. We are aware of reports on social media of similar incidents.

‘We are grateful for this matter being reported and we wish to reassure the community that appropriate safeguarding measures are being taken.