Woman finds a VERY disturbing piece of rubbish hidden in a tangle of seaweed next to a children’s playground – so can you spot the problem?

A concerned woman has warned families to be on high alert after discovering a used syringe hidden in seaweed next to a popular children’s playground.

Terri Lallemand posted a photo on a local Facebook page called Cairns Crimes and Arrests showing how a barely visible syringe was camouflaged in a strip of sand.

In the post Ms Lallemand said she was just a few footsteps away from the Cairns Esplanade Fun Ship Playground when she noticed the discarded needle.

‘It was used and half-covered with rubbish on the sand,’ she wrote.

‘It was hard to see, I picked it up and told the guy nearby fishing with bare feet to be careful.’ 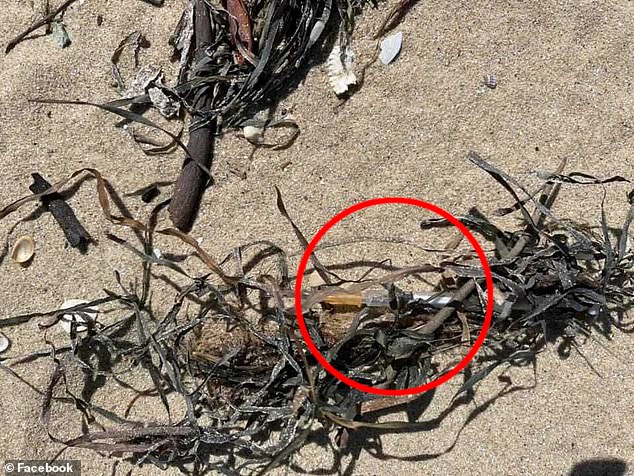 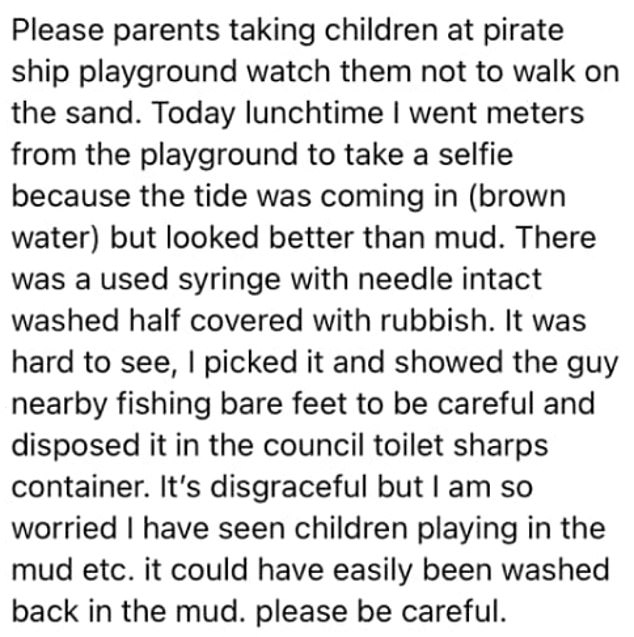 Terri Lallemand then posted on a Cairns local Facebook page, warning families to be careful after her unwanted discovery

Ms Lallemand removed the needle, carefully disposing of it in a nearby sharps container in a public toilet.

She remains concerned given the high volume of families who take their children to the playground, which backs on to a beach.

‘It’s disgraceful,’ she added in her post. ‘I have also seen children playing (nearby) in the mud.’

A number of concerned locals weighed in on the chat.

‘We often do a beach clean and we find them (syringes) a lot,’ one person wrote.

‘I have been told by a council worker never to let a kid play down on the beach,’ another said.  ‘Always keep your shoes on kids.’

A spokesperson from Cairns Regional Council told Yahoo sweeps of the beach and surrounds are performed daily.

‘Council crews inspect the Esplanade foreshore daily to remove litter and dangerous items, such as syringes,’ they said in a statement.

‘Council encourages anyone who finds a syringe or other dangerous material in our public spaces to contact us immediately so we can remove the item.’ 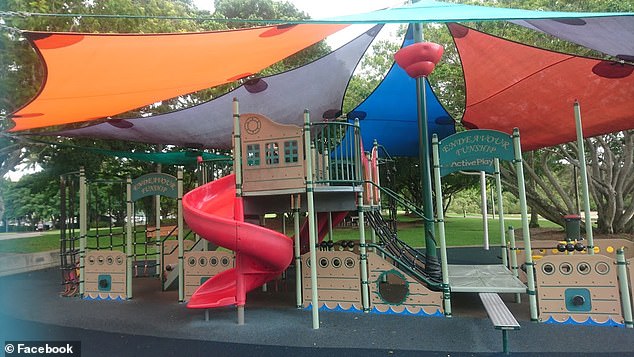 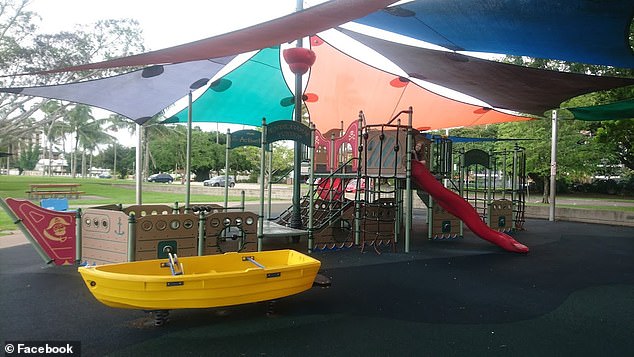 The playground is a popular outlet for kids in the area, with the beach also just metres away