A woman in her 50s was knocked unconscious and sexually assaulted as she sat on a park bench after leaving Boots last Friday.

The attack happened in broad daylight in Bournemouth Central Gardens in Dorset when she suffered a blow to the head and lost consciousness.

The woman had left the Boots store on Commercial Road at around 2.40pm on July 29.

Police said the woman was sitting on the bench and was struck on the back of the head by an unknown man.

The victim regained consciousness in Royal Bournemouth Hospital after arriving there at 5.45pm.

She then told police she had been sexually assaulted and robbed and that the items stolen from her were her phone and bank card as well as other items. 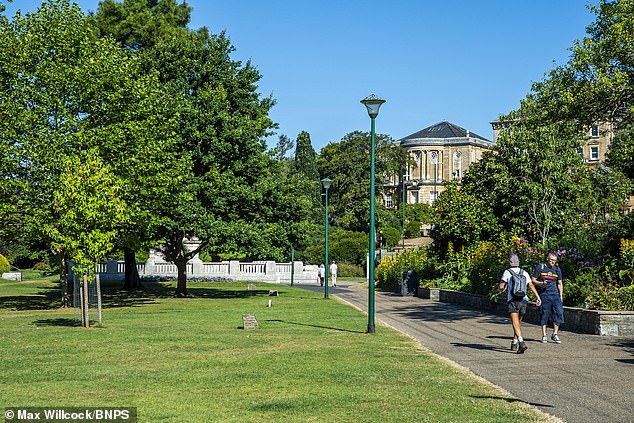 Detective Constable Evelyn Ahmadi, of Bournemouth CID, said: ‘We have launched a full investigation into this incident and have carried out a number of enquiries, including a review of available CCTV footage.

‘We are also supporting the victim.

‘I understand the area was busy on the afternoon of Friday 29 July 2022, with a number of pedestrians in the vicinity, and I would urge anyone who witnessed any suspicious activity, or came across a woman in a distressed state, to please contact us.

We understand reports of this nature can cause concern for the local community. Officers will be continuing to carry out enquiries in the area and can be approached by members of the public with information or concerns.’

Drug cocktail that could be a saviour: New Covid treatment is FOUR TIMES more effective

Woman, 67, is stabbed to death in Sydney apartment and man, 24, is charged with her murder