A cancer survivor who had a double mastectomy is the third British woman left outraged by a Spanish government ‘beach body’ equality poster that used their images without permission.

The poster, produced by Spain’s Ministry of Equality, was intended to encourage body positivity in women and to enjoy the beach regardless of how they look.

Instead it has caused furore, with one of the women featured calling it ‘rude and disrespectful.’

Juliet Fitzpatrick, 60, who posed topless in 2019 after a double mastectomy said that using and representing her body without permission seems to be ‘totally against’ the theme of the body positive campaign.

It features five women of diverse body types relaxing on a beach, including one topless woman who has had a breast removed after a mastectomy, with the caption: ‘The summer is ours too.’

In a further insult for two of the women, Juliet had a breast edited on to her likeness by the graphic artist who made the poster, while model Sian Green-Lord, 32, had her prosthetic leg edited out. 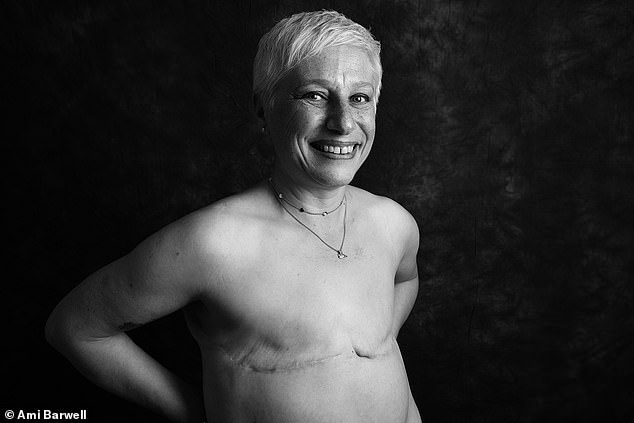 Juliet Fitzpatrick, 60, posed for photographer Amy Barwell in 2019 as part of her ongoing ‘Mastectomy’ photo series 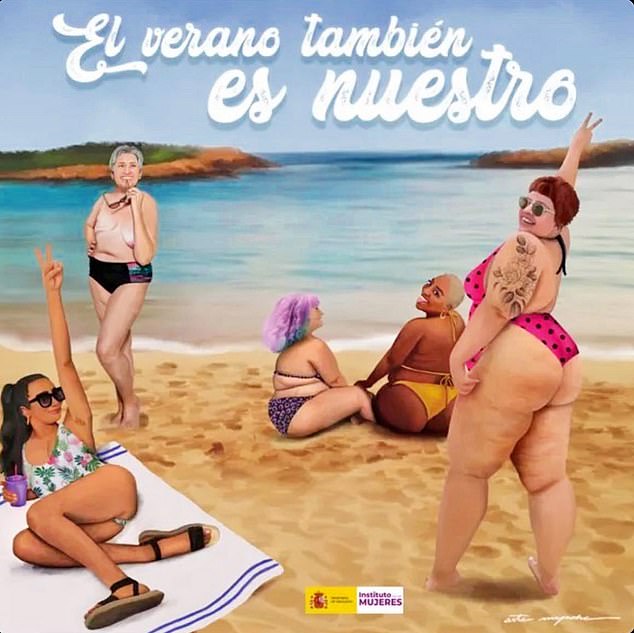 The advert, produced by Spain’s Ministry of Equality, shows five women of different ages, shapes and sizes relaxing on a beach, with the caption: ‘Summer is ours too’. The woman at the back on the left is thought to have been lifted from images of Juliet Fitzpatrick

‘For me it is about how my body has been used and represented without my permission,’ Juliet told the BBC, adding that it seems to be ‘totally against’ the theme of the campaign.

The photographer who took the photos of a brave Juliet posing topless after the double mastectomy, Ami Barwell, suspects that the the image was lifted from her ‘Mastectomy’ gallery.

‘Given the obvious and crude levels of photoshopping within the advert, I cannot confirm 100 per cent that the base image was taken from my ‘Mastectomy’ series, without further digital research,’ she told Mail Online.

‘There appear to be huge similarities, however the only person that can give absolute clarity on the source of these images, is the so-called ‘artist’ responsible for the ad campaign.

‘If these images have been used & doctored without my consent, I am outraged.’

Both Juliet and Amy say they have contacted the artist who made the poster, Arte Mapache, but have not had a response.

Nyome Nicholas-Williams, 30, from London, is the other British woman to complain that her photo has been pinched.

She is seen in a gold bikini in the image – a picture she says was edited from an image she uploaded to her Instagram page.

She noticed it when one of her 78,000 followers alerted her to the poster. 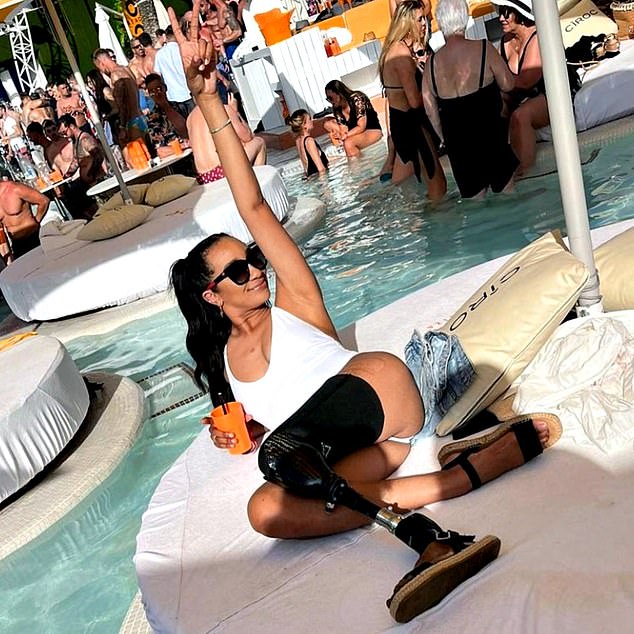 Sian Green-Lord, 32, a mother-of-one, a model and motivational speaker from Leicester, said the editing  of her prosthetic leg was ‘beyond wrong’

‘I was really taken aback because I had never seen it before,’ Nyome told the BBC. ‘It isn’t a stock photo, it’s a picture that I’ve taken on my Instagram.

‘It is just a reminder that as a black woman my body is still policed and as women in general our bodies are still not ours,’ she separately told Metro.

Meanwhile, amputee Sian was left ‘shaking with rage’ after she saw the poster.

Mapache used an image from her Instagram account, editing her swimsuit and adding a leg and armpit hair that do not feature in the original picture.

The mother-of-one, a model and motivational speaker from Leicester, said the editing was ‘beyond wrong’.

‘I don’t know how to even explain the amount of anger that I’m feeling right now,’ she said in a video posted on Instagram. ‘It’s just been brought to my attention by one of my friends that the Spanish Government is using my image on a body-positivity campaign but they have edited out my prosthetic leg. I am literally shaking. I am so angry. 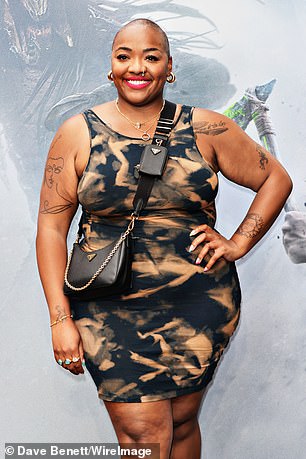 Nyome Nicholas- Williams, 30, is seen in a gold bikini in the image – a picture she says was edited from an image she uploaded to her Instagram page

‘There’s one thing using my image without my permission. But there’s another thing editing my body.

‘My body, with my prosthetic leg. Oh my God, I’m shaking.

‘I literally don’t even know what to say but it’s beyond wrong.’

Mrs Green-Lord had her leg amputated after she was struck by a taxi aged 24 while on holiday in New York in 2013.

Ms Nicholas-Williams, known as Curvy Nyome on Instagram, said the artist behind the campaign had been in touch and confirmed she will be paid, but she is yet to hear from the Spanish government

Raissa Galvao, a Brazilian model, also reportedly said that her image was used without her consent. The campaign was launched last week by Spain’s Ministry of Equality and Institute of Women.

Although she is yet to respond to all the women who’s images she took without permission, Mapache has issued a public apology.

‘Given the – justified – controversy over the image rights in the illustration, I have decided that the best way to make amends for the damages that may have resulted from my actions is to share out the money I received for the work and give equal parts to the people in the poster,’ the artist said.

‘I hope to be able to solve all this as soon as possible, I accept my mistakes and that is why I am now trying to repair the damage caused.’

The Women’s Institute defended the poster.

‘The campaign is intended as a response to fatphobia, hatred and the questioning of non-normative bodies – particularly those of women, something that’s most prevalent in the summertime,’ it said in a statement.

Fury as Twitter rejects complaint over trans activist’s video ‘hoping to see J.K in a hearse’