Urgent warning issued to Woolworths shoppers that the price of food is about to rise even more: This is why

Woolworths has warned fruit and veg prices are likely to soar as poor growing conditions are set to strangle supply of grocery essentials – with the worst yet to come.

In an email sent to shoppers on Thursday, the supermarket giant said heavy rain and low sunlight has impacted the supply and price of lettuce and berries.

The newsletter sent by Woolworths general manager of fruit and vegetable Paul Turner did not mention the exact price hike – poor supply set to last for weeks. 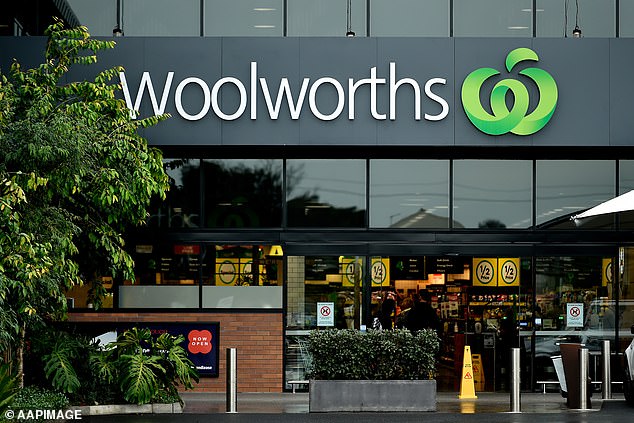 ‘With winter around the corner, the eastern seaboard begins to look to northern growing areas for fruit and veg supply as the southern regions get cooler,’ Mr Turner wrote.

‘However, after consistent rainfall and low sunlight across northern NSW and southeast, central and northern Queensland in recent months, the supply of fruit and veg has been impacted.

The Queensland berry season has been delayed due severe weather battering the countries east coast – with supply set to pick up towards the end of June.

Poor supply of key basket staples has sent inflation rates skyrocketing with the cost of products on shelves soaring more than 12 per cent this year – and is set to worsen ahead of  winter. 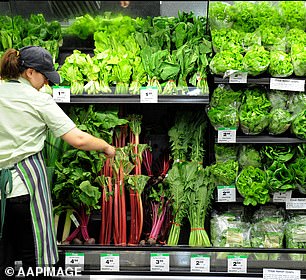 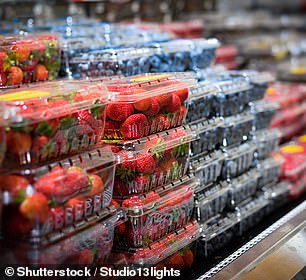 Ben Gilbert, retail analyst at investment bank Jarden, says the price increases at supermarkets will be large as inflation is primed to accelerate.

‘Price increases are significantly larger than we expected,’ Mr Gilbert said in his survey of key retail suppliers. 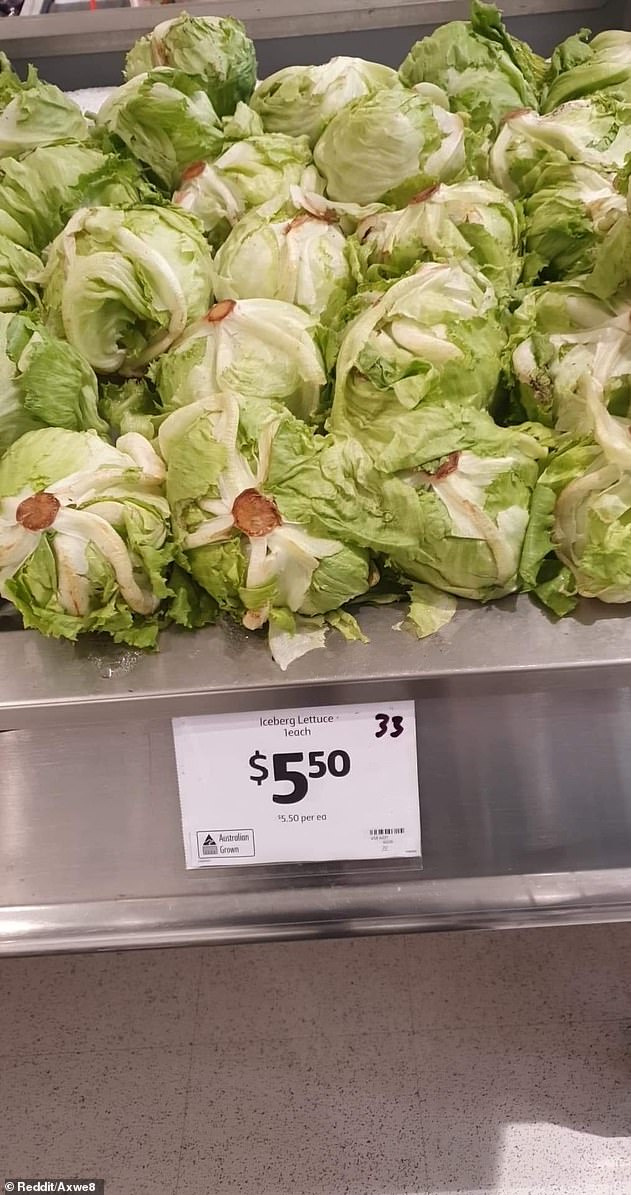 A head of iceberg lettuce will set customers back $5.50 – more than a McDonald’s cheeseburger or 10 pack of chicken nuggets from Hungry Jacks

‘Further increases are planned, either a second or a first at a planned weighted rate of 7.4 per cent. This paints a scenario whereby we could see an annualised run-rate of more than 12 per cent through 2022,’ he said.

Some groceries at Australia’s major supermarkets have already risen up to 94 per cent, data released last month revealed, with supermarkets admitting they have been forced to pass rising costs on to customers. 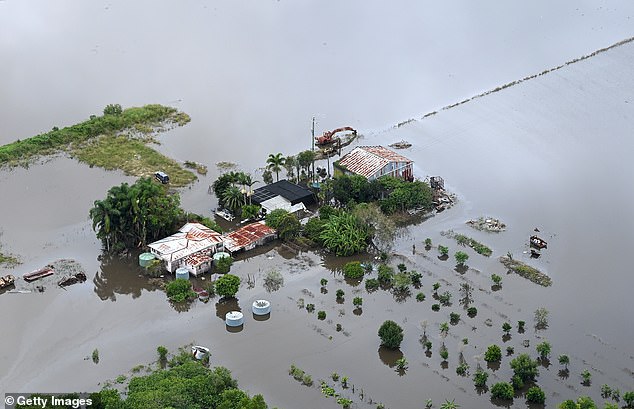 Relentless rain has pounded Australia’s east coast with experts warning Australian’s the deluge will linger well into the rest of the year (pictured, a farm house is surrounded by floodwaters the town of Bli Bli, Sunshine Coast) 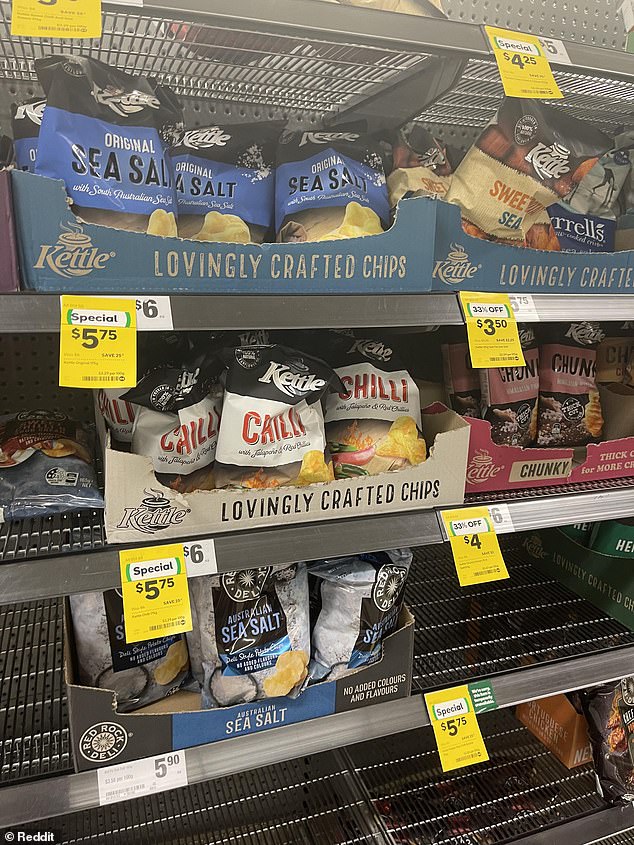 An Australian shopper has been left dumbfounded at the price of chips at his local Woolworths (pictured in Northbridge, Sydney) – as the cost of many household groceries skyrocket

Coles has jacked up prices by more than 3.3 per cent over the March quarter to pass on the inflated cost of shipping, fuel, meat and fresh vegetables.

Meanwhile, Woolworths warned that 160 out of its top 200 suppliers has requested an increase in the cost of their product, with suppliers expected to ask for a further hike in the next 12 months.

Mr Turner said there was some good news for shoppers as an ‘excellent quality early season’ of Hass avocados is set to hit shelves.

Heavy downpours and possible thunderstorms are forecast for the central, southern and southeast regions of Queensland on Thursday.

While the far west starts to dry out, the Bureau of Meteorology warns the rain will continue to fall.

Weatherzone warned the system could dump three to five months worth of rain in some parts of the state.

The country could be soaked with rain and floods for another six months as a third La Nina system is likely, making it Australia’s wettest period in almost 50 years.

This would be the first time Australia has had three consecutive La Nina’s in 22 years and would be the fourth triple La Nina since records began in 1900 – the wettest year recorded was 1974.

Why you aren’t as rich as you used to be – and even $90,000 salaries are now considered just ‘modest’

Women are taking an even bigger economic hit than men as Russia’s invasion of Ukraine pushes up petrol prices, adding to already-high rental and mortgage stress.

The McKell Institute think tank calculated that across Australia, women in 2021 suffered a 1.6 per cent fall in pay, when inflation was taken into account, compared to 1.2 per cent for men. 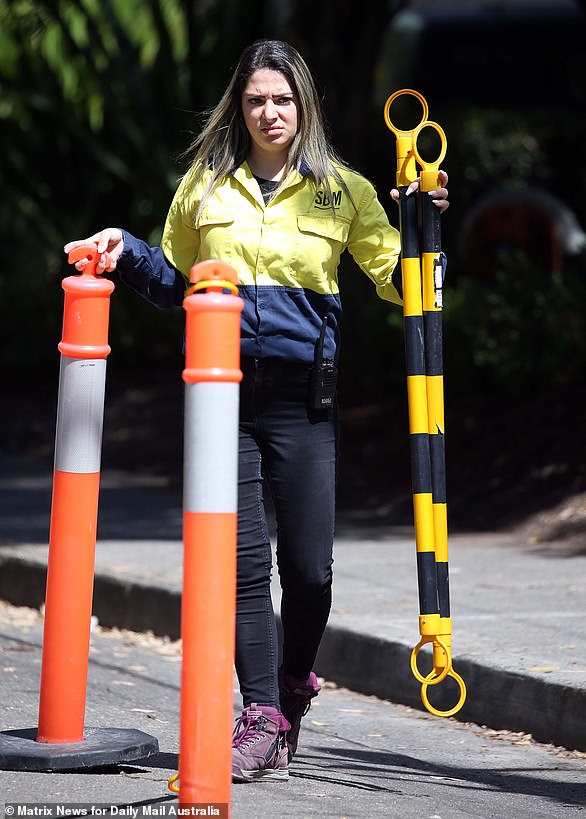 Women (pictured is a construction worker in Sydney) are taking an even bigger hit over rising inflation than men as soaring petrol prices, rents and mortgage repayments leave little room to save

‘Real wages are contracting and there’s no focused plan to turn things around,’ he said.

‘Across Australia both men and women are doing it tough with the value of their pay packets falling in real terms.

‘But this data shows women are doing it that much tougher.’

In the year to November, average wages before bonuses and overtime rose by just 2.1 per cent, Australian Bureau of Statistics data showed.

By comparison, the headline inflation rate in March surged by 5.1 per cent, the fastest pace in 21 years and a level well above the Reserve Bank’s 2 to 3 per cent target. 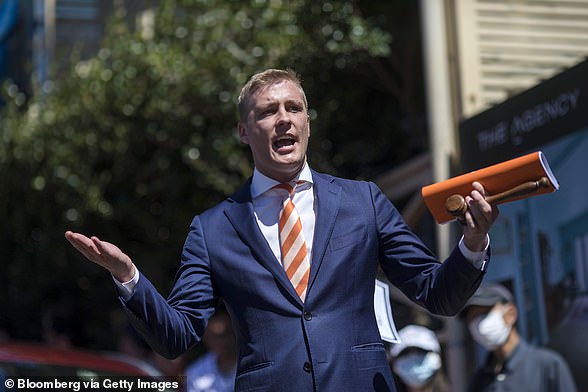 Australia’s average full-time salary of $90,917 would now barely pay off a median priced $748,635 home without someone being in mortgage stress (pictured is an auction at Paddington in Sydney)

Australia’s average full-time salary of $90,917, before tax, would now barely pay off a median priced-home.

Last year, property prices in Australia climbed by more than 22 per cent – the biggest calendar year increase since 1989.

An average, full-time earner would have a debt-to-income ratio of 6.6.

The Australian Prudential Regulation Authority considers a ratio of six to be dangerous, where a borrower would struggle to service their loan.

‘I need us all to be outraged by what happened here’: Shooting near Colorado high school injures six