POT plants: Dopey drug dealer is arrested after police find dozens of cannabis plants around his back garden

A dopey drug dealer was arrested after police found dozens of cannabis plants growing in full view – in his back garden.

Officers raided the property in Brecknell Rise, Kidderminster, Worcestershire, on Sunday morning July 31 and discovered the drugs in plant pots around the lawn.

West Mercia Police took to social media to share details of the raid and confirmed one man had been arrested while investigations continue.

The force also posted photographs on Twitter showing the cannabis plants scattered around the back garden in plain sight. 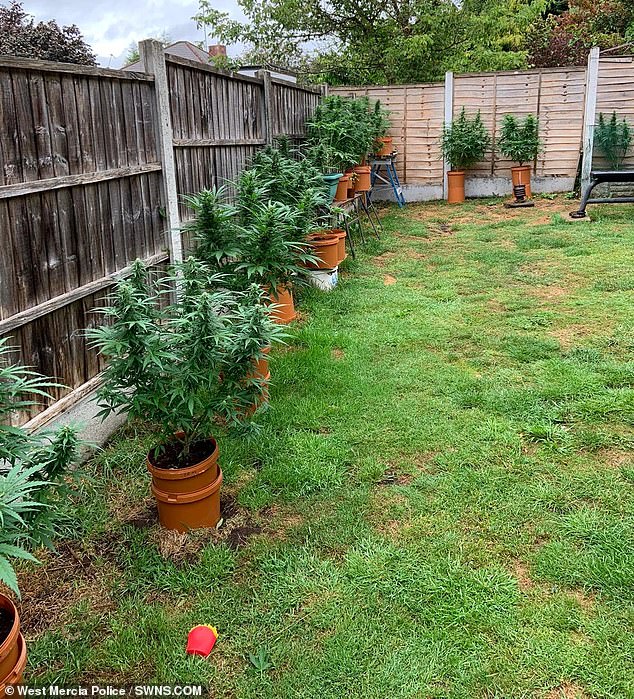 Web users reacted with astonishment to the homeowner’s brazen attempt to cultivate cannabis in their own back garden.

One person wrote: ‘As if they had them in the garden in full view!’

Another replied: ‘They probably thought they were tomato plants & wondered why they didn’t have any fruit growing’

Another person wrote: ‘Lol, just casually have them in the garden.’ 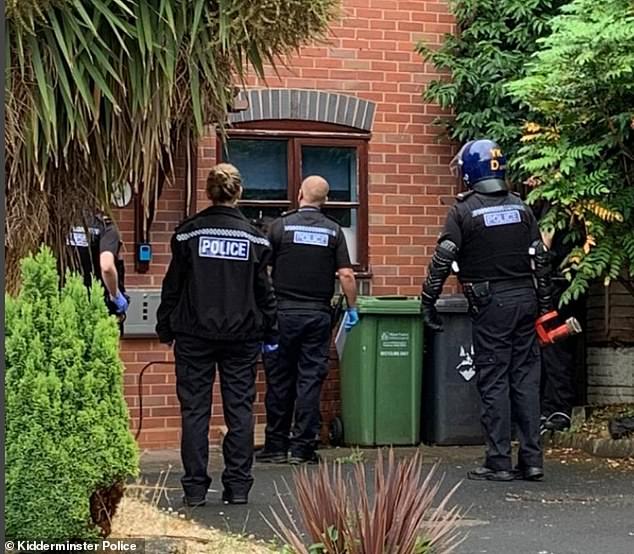 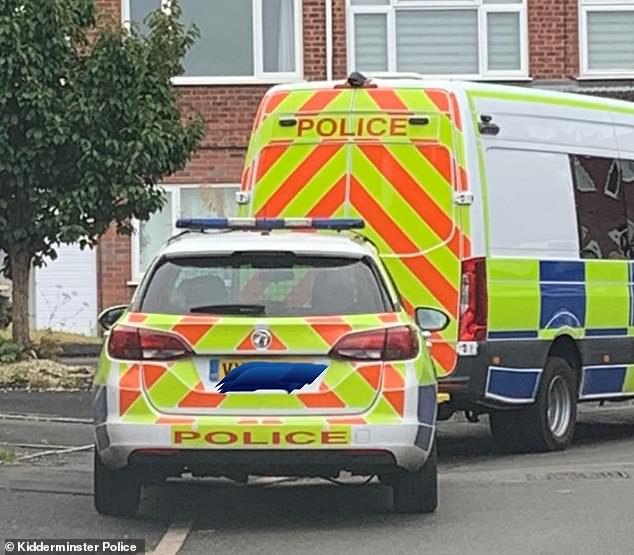 A fifth social media user wrote: ‘Brilliant, how audacious can you be. Anyone can look out of their bedroom window and see those. What on earth was he thinking???’

Another said: ‘That’s one way to add a bit of greenery to your back garden. What a plonker.’

West Mercia Police said: ‘This morning officers from B shift carried out a warrant under the misuse of drugs act at an address in Brecknell Rise, Kidderminster.

‘One male has been arrested and enquiries are ongoing. Concerned about drugs? Contact us directly or @CrimestoppersUK anonymously on 0800 555 111.’