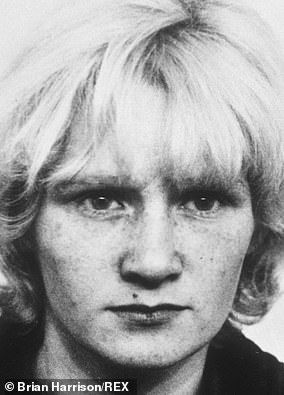 The Ripper’s first victim, a mother of four from Chapeltown in Leeds who was murdered just yards from her home on October 30, 1975. Sutcliffe battered the prostitute to death with a hammer before stabbing her in the neck, chest and stomach.

He told police: ‘After that first time, I developed and played up a hatred for prostitutes in order to justify within myself a reason why I had attacked and killed her.’

Her son Richard was five when she was killed. ‘I was convinced as a child, having had no therapy, that he was out there and that he was going to kill me,’ he said yesterday. 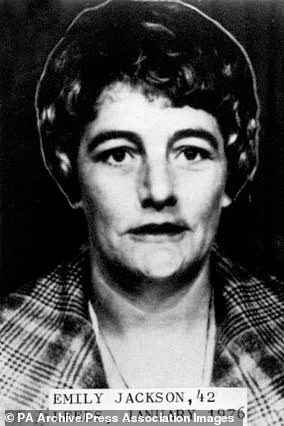 She began working part-time as a prostitute when husband Sydney’s roofing business fell into financial difficulties. Sutcliffe pretended his car would not start when he picked her up and battered her twice with a hammer as she offered to help.

He dragged her body into a yard and used a screwdriver to viciously stab her 52 times in the neck, breasts, lower abdomen and back. He stamped on her leg so hard he left a boot print on her thigh 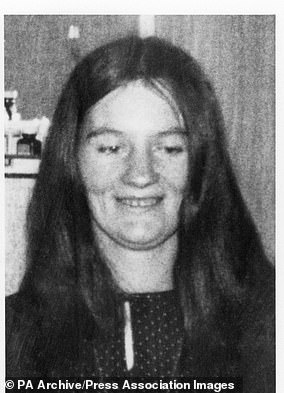 Another prostitute Sutcliffe picked up, he attacked her in Roundhay Park, Leeds, where they had stopped so she could go to the toilet. As she crouched down, the killer delivered three heavy blows to her head with a hammer, then he tore open her jacket and blouse and began to stab and slash her with his Stanley knife. 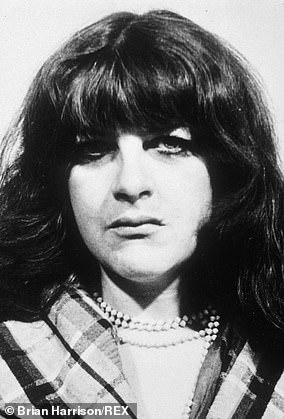 Divorcee Patricia — a prostitute commonly known as Tina — was to be Sutcliffe’s first victim in his home city of Bradford. She was murdered on April 24, 1977.

She and Sutcliffe had been drinking in a nearby pub before travelling in his car to her flat, where he inflicted four blows to the back of her head with a hammer.

He then stabbed the mother-of-three multiple times in the stomach, covering her body with bed linen and leaving behind a boot print on a bloodstained sheet at the scene.. 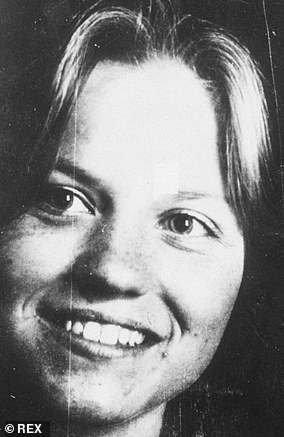 The teenage shop assistant was attacked by Sutcliffe as she walked home from a night out in Leeds on June, 26, 1977, after she had missed the last bus.

He struck her with a hammer on the back of a head before stabbing her in the chest and back.

Her body was later found in an adventure playground by two children.

As the youngest victim in the spate of murders, her case attracted national attention. Her vicious killer was nicknamed the Yorkshire Ripper for the first time. 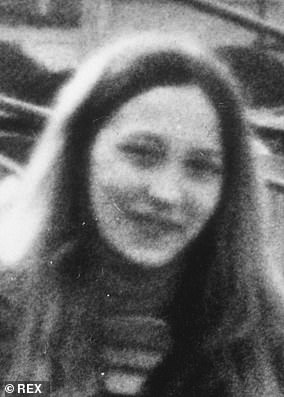 The Yorkshire Ripper struck again on October 1, 1977 , killing the mother-of-two from Manchester.

It was the first time he had targeted a victim outside West Yorkshire.

Having picked up Jean in the redlight district, he attacked her with a hammer in allotments, dumping her body and throwing her bag, containing a brand new £5 note he gave her, into shrubs. Police traced the serial number on the note to hauliers T. and W.H. Clark, where Sutcliffe worked. Interviewed twice by police, he said he was at a housewarming party at the time. 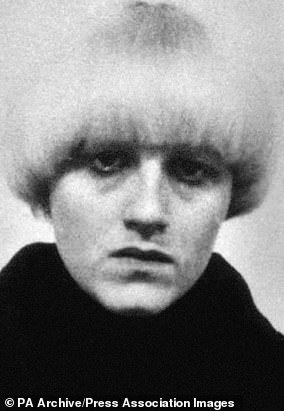 The young prostitute from Bradford who was murdered between January 20 and March 26, 1978.

He took the mother-of-two to waste ground, beat her with a hammer and then hid her body under a sofa.

He had stuffed horse hair from the sofa into her mouth to ensure she did not make a noise as he kicked her in the head and jumped on her chest.

Yvonne’s body would not be found for two months. 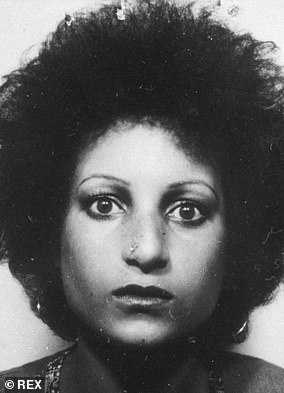 Taken into care after the break-up of her parents’ marriage, Helen was soliciting in Huddersfield when Sutcliffe picked her up on January 31, 1978.

As she climbed out of his vehicle, he struck her on the head five times, stripped off her clothes and then stabbed her in the chest. Her body was later found under railway arches in a timber yard.

Helen and her twin sister Rita had lived in Huddersfield for only two months after leaving Bradford due to their concern over the Ripper murders. 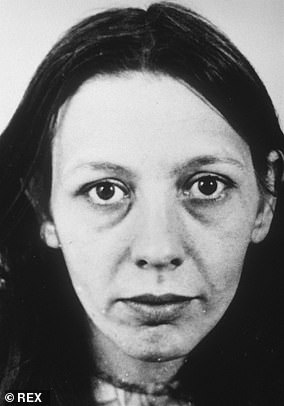 Mother-of-seven Vera was killed on May 16, 1978, after being driven to a car park at Manchester Royal Infirmary.

As the sex worker got out of the car, Sutcliffe attacked her with a hammer before stabbing her with a knife.

Although Vera was very frail and had only one lung — she had had numerous operations — she fought back before she was killed. A man heard screams from the hospital grounds, which he assumed had come from a hospital patient. 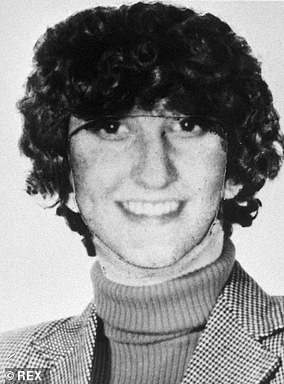 The building society worker from Halifax was killed on April 4, 1979, as she walked home after visiting her grandparents.

Her grandmother had been at a church party and returned home late. Josephine was invited to stay the night but decided to walk home as she had work the next day.

Leaving at 11.40pm, she headed through a park where Sutcliffe hit her from behind with a hammer, fracturing her skull from ear to ear. Using a screwdriver, he then stabbed her 21 times. 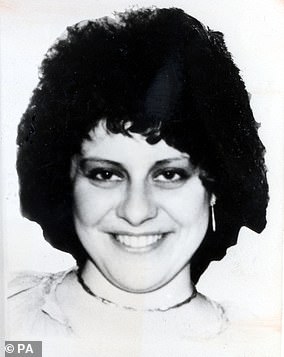 Murdered on September 1, 1979, university student Barbara had been in the pub with friends and stayed after closing time to help the landlord collect empties.

As she walked home through Bradford, Sutcliffe pulled over in his car and attacked her with a hammer, before stabbing her with the same screwdriver that he had used on Josephine.

He stuffed her body underneath the steps leading up to her back door. Once again, he was interviewed by police but was not flagged as a suspect. 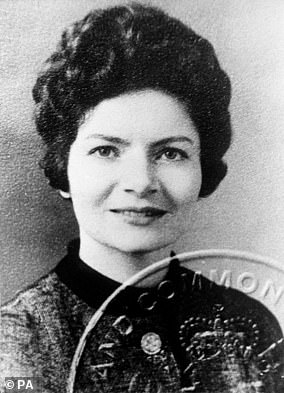 A civil servant, Marguerite was murdered on August 20, 1980.

She worked at the  Department of Education and Science office in the town of Pudsey, near Leeds, and had been working late to make up some extra hours before going away on holiday the next day.

Leaving the office to walk the halfmile home, she was spotted by Sutcliffe who stopped his car and attacked her with a hammer, then strangled her with rope. Her almost naked body was found in a garden, partially covered with leaves. 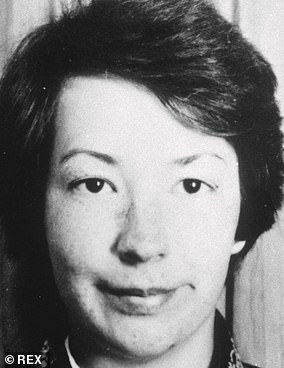 The 13th and final known victim of the Ripper was student Jacqueline, who was murdered on November 16, 1980.

She was in the third year of her English degree at Leeds University and had been at a seminar in the city centre, catching a bus back to her halls of residence at 9pm.

Walking the final 100 yards she was followed by Sutcliffe, who hit her on the head and stabbed her.

She suffered four skull fractures. The then Prime Minister Margaret Thatcher had to be talked out of travelling to Leeds to take charge of the investigation.