Pictured: Eight-year-old boy allegedly killed by his mum just after they were ‘recently reunited’ as she faces court charged with his murder

An eight-year-old boy allegedly killed in his home has been pictured for the first time as his mother faces court charged with murder.

Queensland Police found Zion Ziggy Sean Goltz unresponsive at a home in the Rockhampton suburb of Beserker just after 2am on Saturday, July 30.

Louwanna Thyra Goltz, 36, was arrested and charged with murder on Saturday and had her matter mentioned in the Rockhampton Magistrates Court on Monday.

It is understood Ms Goltz is Zion’s mother and that the pair had only recently reunited after Zion spent several years in the care of child safety, the Courier Mail reported. 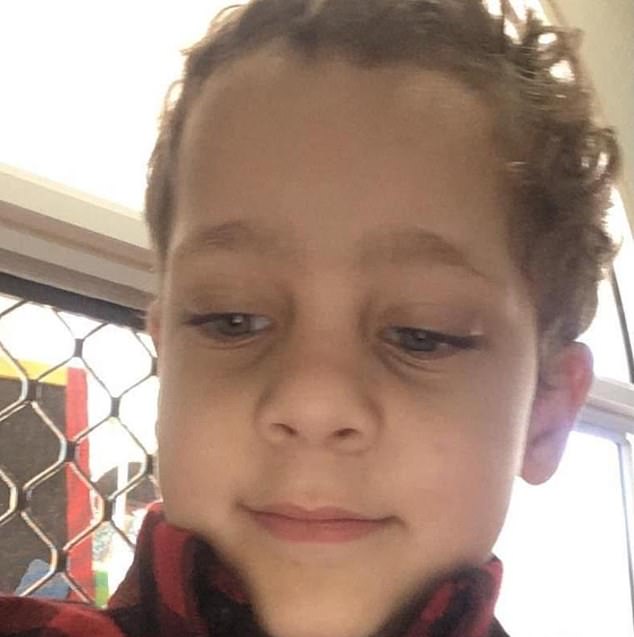 Police found eight-year-old Zion Ziggy Sean Goltz (pictured) unresponsive at a home in the Rockhampton suburb of Beserker during the early hours of Saturday, July 30 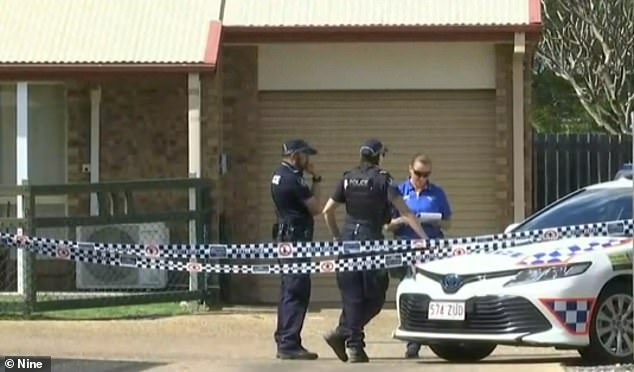 Louwanna Thyra Goltz, 36, was arrested and charged with murder on Saturday and on Monday had her matter mentioned in the Rockhampton Magistrates Court (pictured, the scene)

In a new photo of Zion, the brown-haired, brown-eyed little boy smiles sweetly as he appears to be distracted by something off-camera.

In another photo, seen by Daily Mail Australia, a cheeky Zion can be seen sitting in the back of a car with his mum as he pokes his tongue out at the camera.

Ms Goltz did not physically appear in court on Monday morning but was represented by defence lawyer Pierre Lammersdorf.

A brief of evidence was ordered, with the matter adjourned until October 26.

The 36-year-old will remain in custody as police wait for the results of an autopsy.

Officers found Zion at about 2.20am while responding to a welfare check at the Waterloo Street property, which is owned by the Department of Housing. 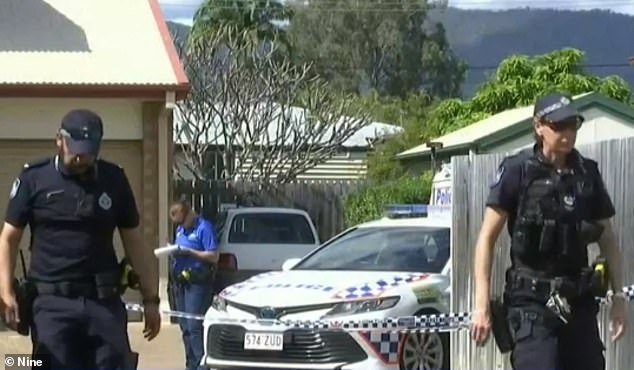 Officers found the little boy at about 2.20am while responding to a welfare check at the Waterloo Street property (pictured, police at the scene in Beserker)

Neighbours told the Courier Mail they often saw the little boy riding his scooter and it is understood Zion attended the local primary school.

Capricornia Police District Detective Acting Inspector Luke Peachey on Saturday said it was a tragic day for the family of the boy.

‘The investigation is only a few hours old but hopefully in the next day or so we should have a clearer idea of what’s happened,’ he said.

‘We’re speaking to a number of witnesses. We’re mapping it together … at this stage we’re still contacting some family members to make sure they know.’

Mother, 38, who lost BOTH arms after dog attack could have her leg amputated