And Channel Seven have designed a custom-built hotel at Sydney Olympic Park, made from repurposed materials from previous Big Brother houses. 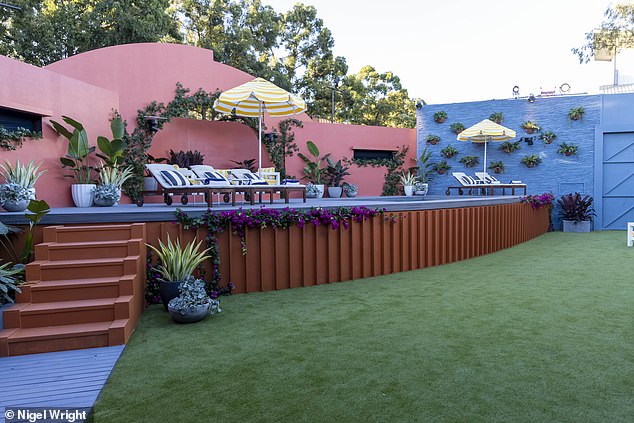 Interiors take on a bold feel with red, blue and green accents and velvet upholstery.

When not lounging by the pool or getting into heated discussions in the kitchen, the VIPs can make use of the Diary Room, which features a plush red and gold throne.

The hotel also boasts a hot tub, which will no doubt make for some candid confessions, along with a spacious lawn area for those that are fitness oriented. 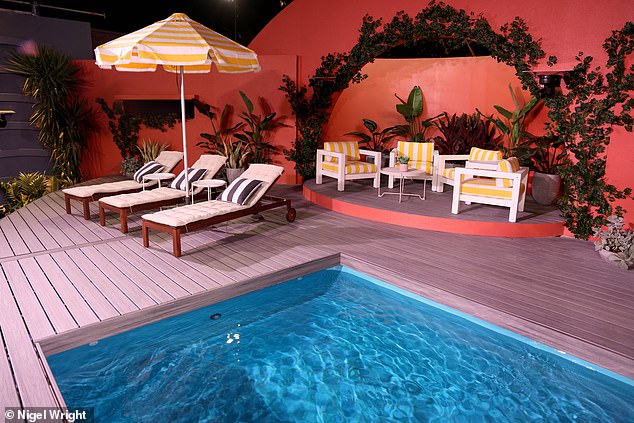 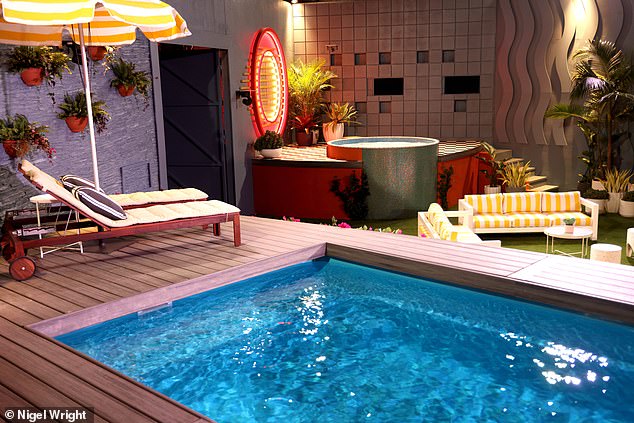 Features: The property boasts a luxurious pool and sun deck, along with a hot tub that will no doubt make for some rather candid confessions 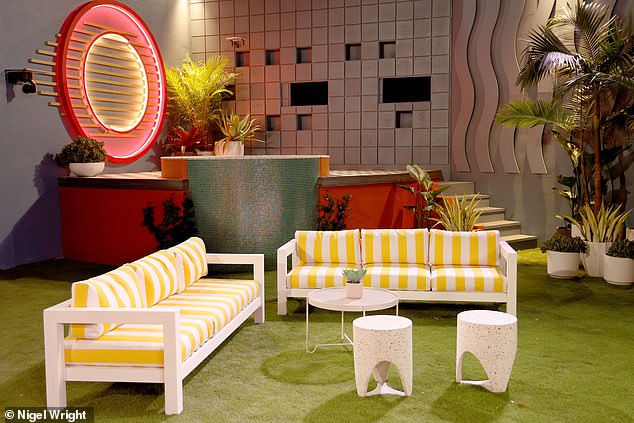 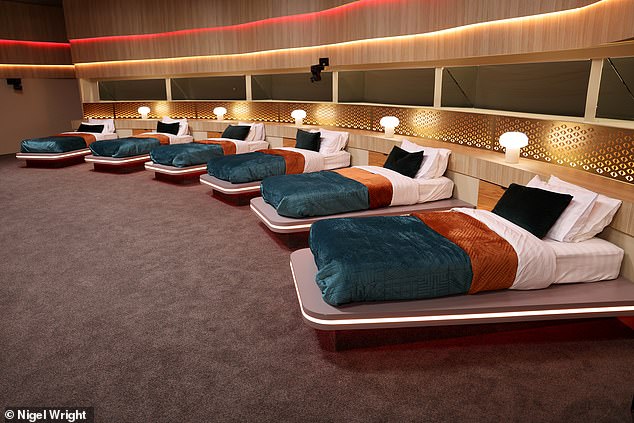 Host Sonia Kruger previously revealed that the new season is set to be a scorcher.

The 56-year-old told Channel Seven in August that ‘worldwide headlines’ will emerge.

She did not specify which of the guests would be responsible for the newsworthy episodes. 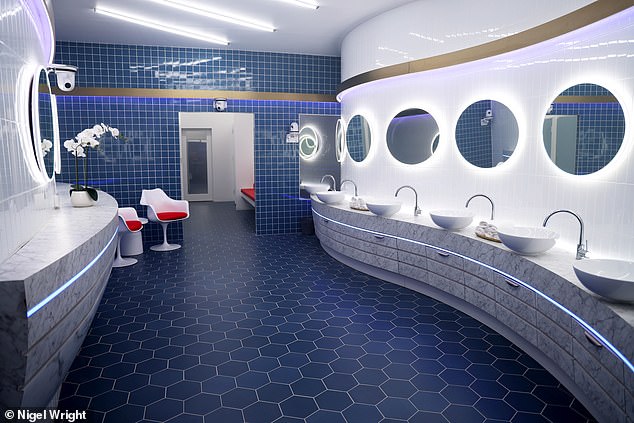 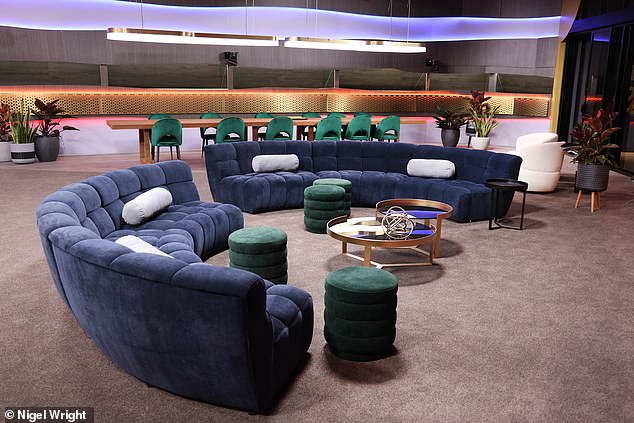 Ready for drama? No doubt a few heated discussions will go down in the lounge area, which features plush blue velvet curved sofas 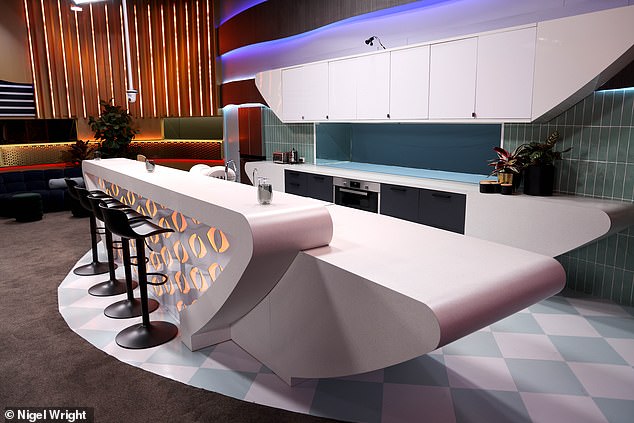 Retro feel: The kitchen and bar area certainly takes on a retro feel with the checkerboard floor and white and blue accents 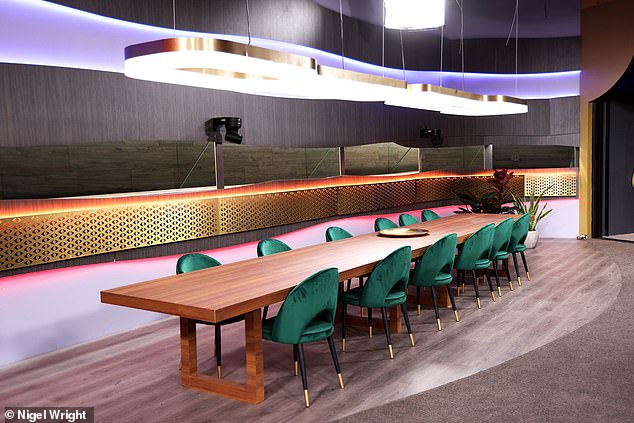 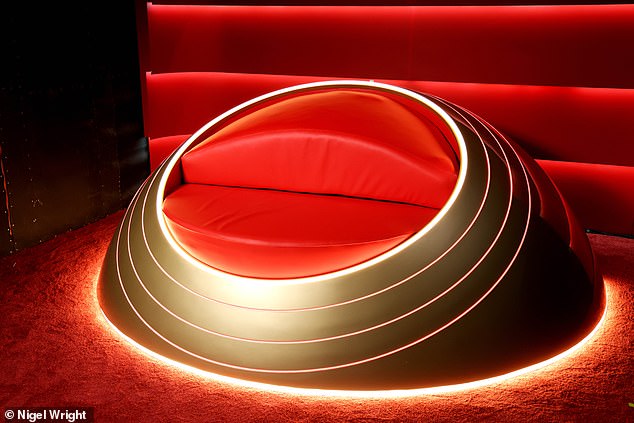 Up close and personal: The Diary Room is certainly eye-catching with its red and gold throne 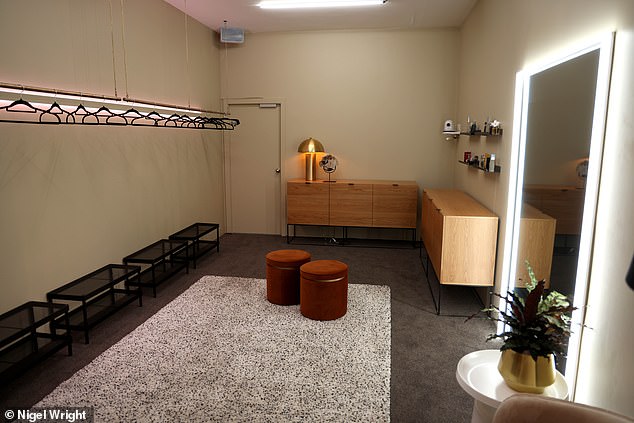 Design: The dressing room is a fashionista’s dream with ample hanging space and mirrors 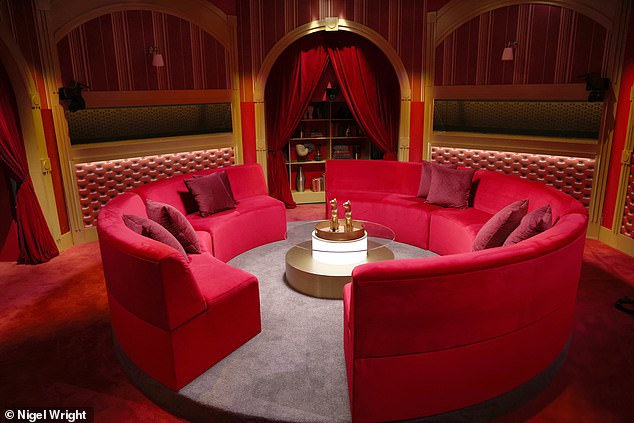 Eye-catching: Red and gold tones feature throughout most of the space 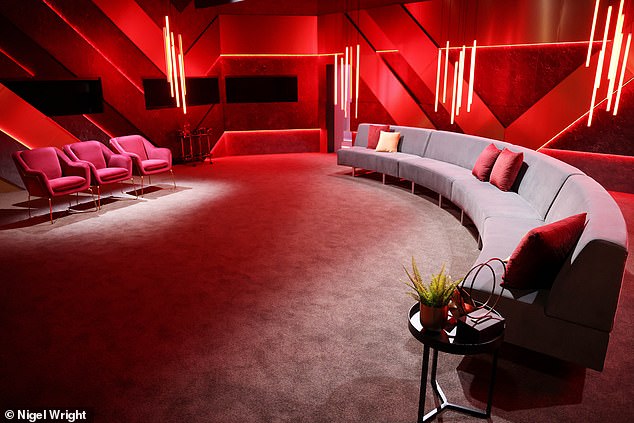 Where the eliminations go down! The elimination area features a grey curved sofa and three plush red velvet chairs

Big Brother VIP will air on Channel Seven next month 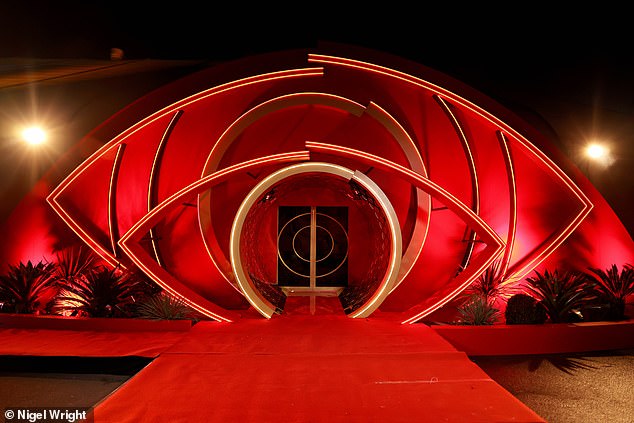 Worthy cause: The stars will compete over 22 days to win the $100,000 cash prize for their nominated charity 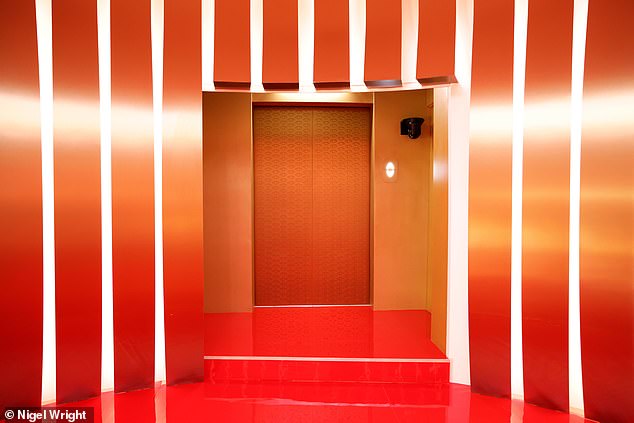 Are you ready? Host Sonia Kruger revealed that the new season is set to be a scorcher. The 56-year-old told Channel Seven in August that ‘worldwide headlines’ will emerge 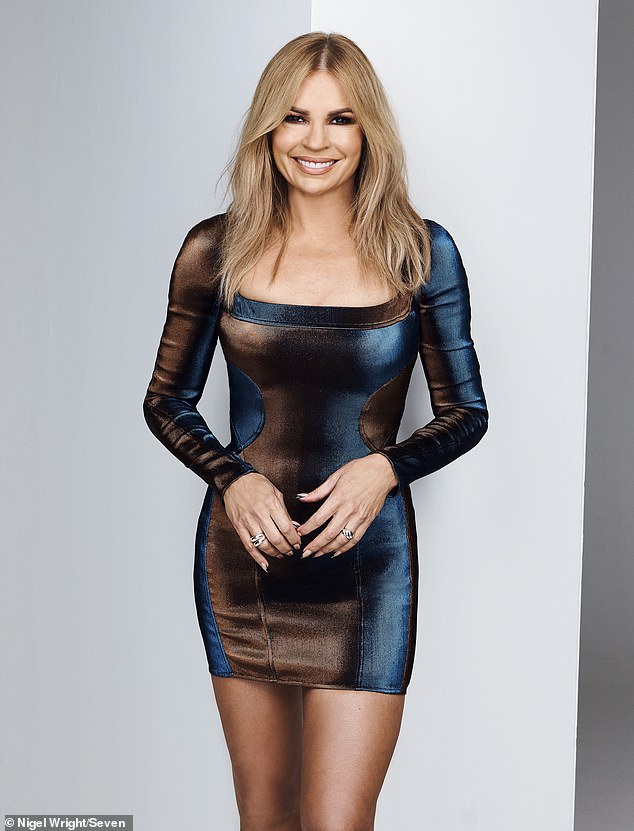 Tight-lipped: Sonia (pictured) did not specify which of the guests would be responsible for the newsworthy episodes