The 66-year-old engineer said ‘I do’ to the 61-year-old beauty during a private ceremony in Washington DC, according to a Wednesday report from People.

This is a second marriage for Nye who wed musician and motivational speaker Blair Tindall in 2006, but filed to have the marriage annulled after only seven weeks.

The Cornell University educated Nye is best known for his TV shows Billy Nye The Science Guy and Bill Nye Saves The World. He has also appeared on Dancing With The Stars and The Big Bang Theory. 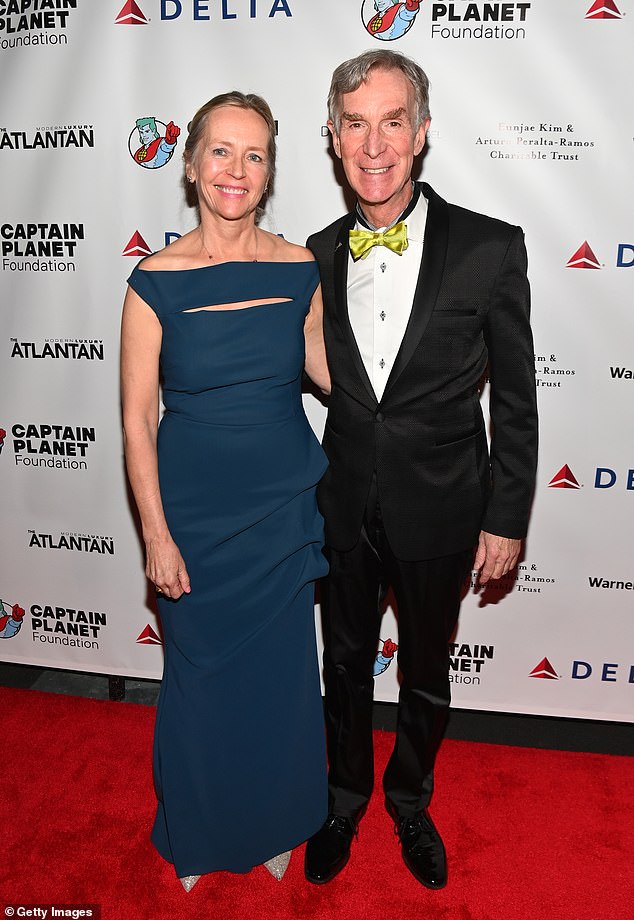 The wedding took place at the Castle Building’s Haupt Garden at the Smithsonian Institute in DC.

Robert Picardo who played The Doctor on Star Trek was the celebrity officiant and the couple wrote their own vows, according to the site.

Her daughter Anna and his brother Darby were also in attendance.

Their first dance was to Sam Cooke’s rendition of Wonderful World.

The blonde journalist looked stunning in an ivory satin sleeveless gown with an uneven hemline and a rhinestone encrusted belt. 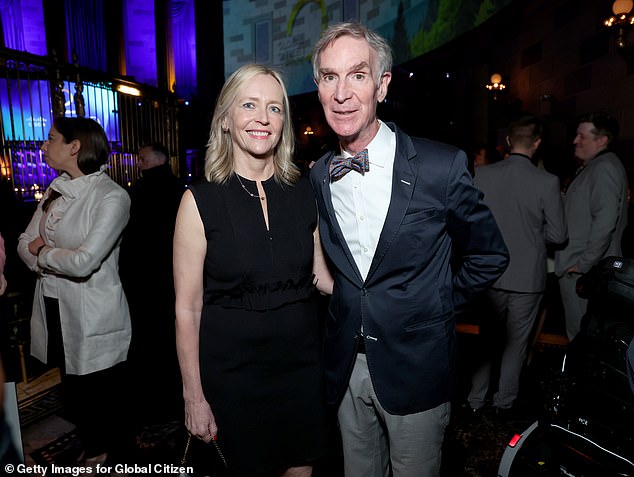 A good fit: The 66-year-old engineer said I do during a private ceremony in Washington DC. Seen in May in NYC

And Nye wore a black tuxedo with a white shirt, black bowtie and an orange flower on his lapel.

Nye’s new wife has quite the impressive resume.

She was a Washington Post reporter who went on to write book such as Code Girls: The Untold Story of the American Women Code Breakers of World War II.

When she mentioned Nye’s cryptanalyst mother Jacqueline Jenkins-Nye in her book Code Girls, he emailed Mundy.

They developed a rapport and started dating.

Nye was seen wearing his gold wedding band when at The End Is Nye premiere on June 17 in NYC. 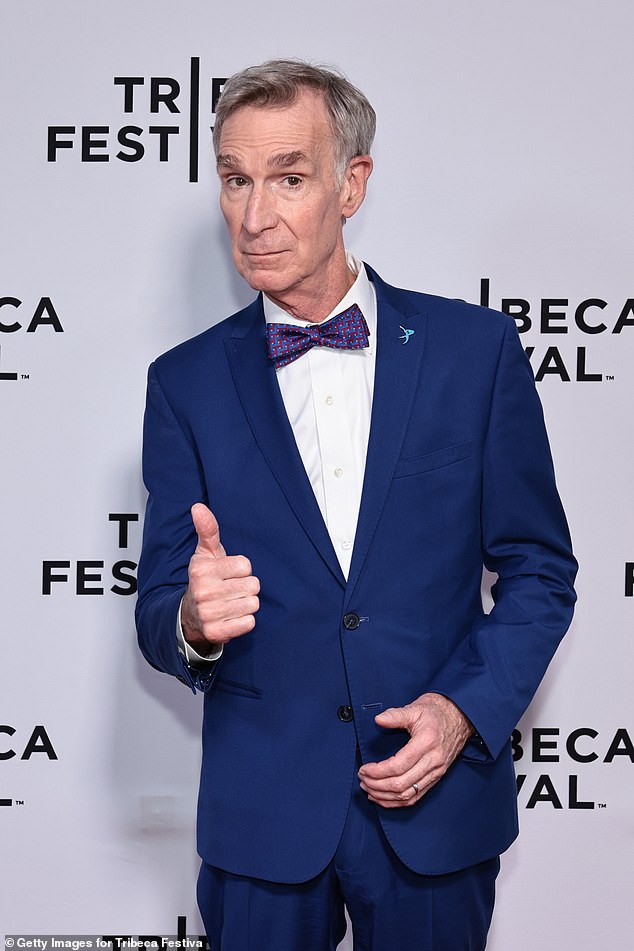 A thumb’s up: Here Nye was seen wearing his gold wedding band when at The End Is Nye premiere on June 17 in NYC

Nye’s first marriage reportedly did not go too well, according to CBS.

He married Tindall in 2006, but filed to have the marriage annulled after only seven weeks. The marriage was then labeled invalid.

In 2007, Nye reportedly filed for a restraining order against Tindall after claims she broke into his home and stole several personal items and vandalized his garden.

She later said ‘stress and fatigue’ had clouded her judgment.

EXC Jesy Nelson was ‘drained with being compared’ to bandmates’