Calvin Harris is said to have spent a whopping £1million on his fiancée Vick Hope’s engagement ring.

It emerged the DJ, 38, and TV and radio presenter Vick, 32, were engaged in May this year after a whirlwind five-month romance.

However it is claimed the couple are planning a low-key ceremony for their big day, with an insider told The Sun: ‘Although it is a stunning ring and extremely expensive, the couple aren’t going for a flashy or expensive wedding. 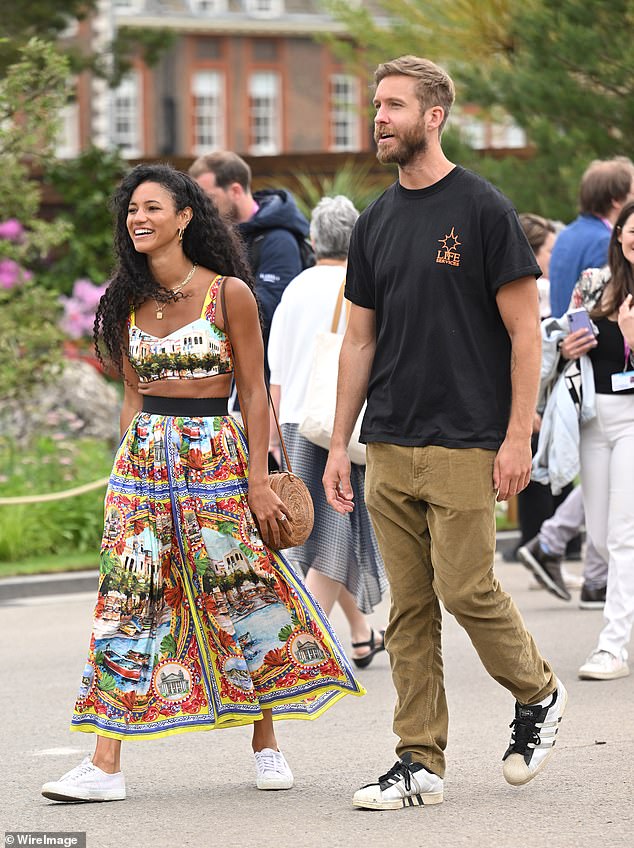 Splashing the cash: Calvin Harris is said to have spent a whopping £1million on his fiancée Vick Hope’s engagement ring (couple pictured in May)

‘The extravagance of the rock will eclipse how much they’re going to spend on the big day itself as they want to keep it low key and simple with just a core of close friends and family present.

‘Either way, money is no real object for Calvin who has made millions creating hit dance tracks over the past 15 years.’

Vick was spotted wearing her diamond engagement ring at the Chelsea Flower Show in May after Calvin popped the question underneath a tree at his Ibiza farm, Terra Masia. 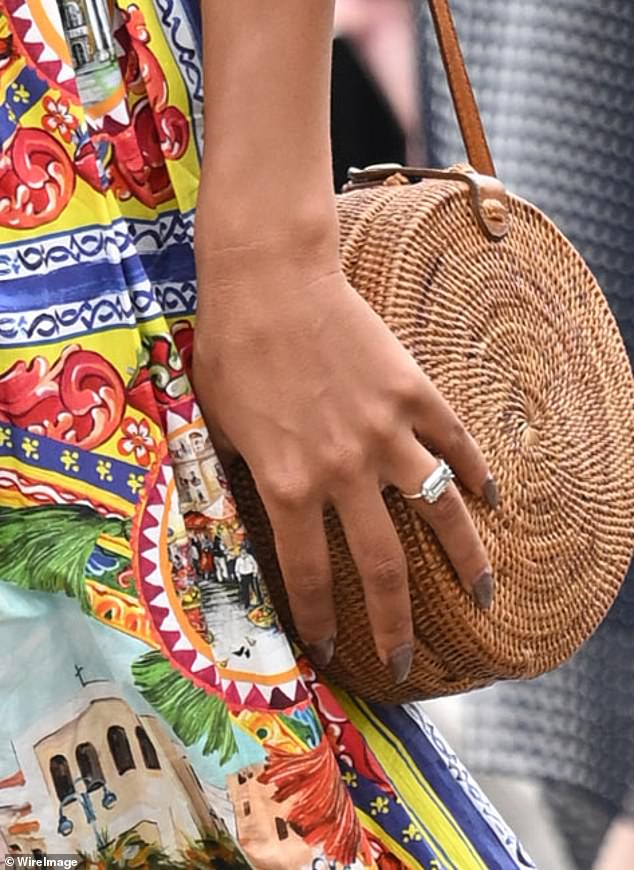 Love story: It emerged the DJ, 38, and TV and radio presenter Vick, 32, were engaged in May this year after a whirlwind five-month romance

A source told MailOnline at the time: ‘Calvin and Vick’s relationship has moved quickly but they’re smitten with each other.

‘They could not be happier and are already planning their wedding, which is set to take place in Ibiza, where they grew close during Vick’s secret visits to the White Isle.

‘After keeping their relationship private, they decided to go public at the Chelsea Flower Show on Monday, they want everyone to now know their happy news.’

In April, Vick shared a photo of a tree at Calvin’s 138-acre farm, Terra Masia.

Calvin had previously posted the same tree, where he later proposed to Vick, on his own Instagram account. 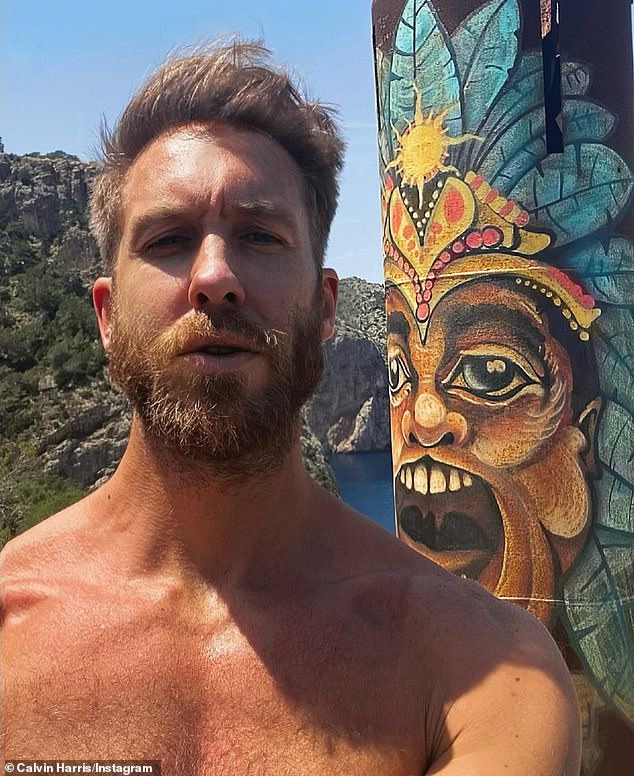 Persistence: Scottish DJ Calvin has been pursuing Vick for over a decade, having first asked her out when she was 19 (pictured in May)

Vick also teased an image of the couple on the beach in Ibiza by posting a picture of her feet alongside a man’s foot believed to be Calvin’s.

Calvin has liked every one of Vick’s Instagram pictures since January, when he showed his admiration for her bikini photos taken in Mexico.

Vick’s romance with Calvin hasn’t gone unnoticed by her Radio 1 co-star Jordan North, 32, who regularly teases her about their closeness live on their show.

She revealed during her days co-hosting the Capital FM Breakfast Show in 2018 that Calvin had asked her out when she was 19 but she turned him down because she was unimpressed with his looks. 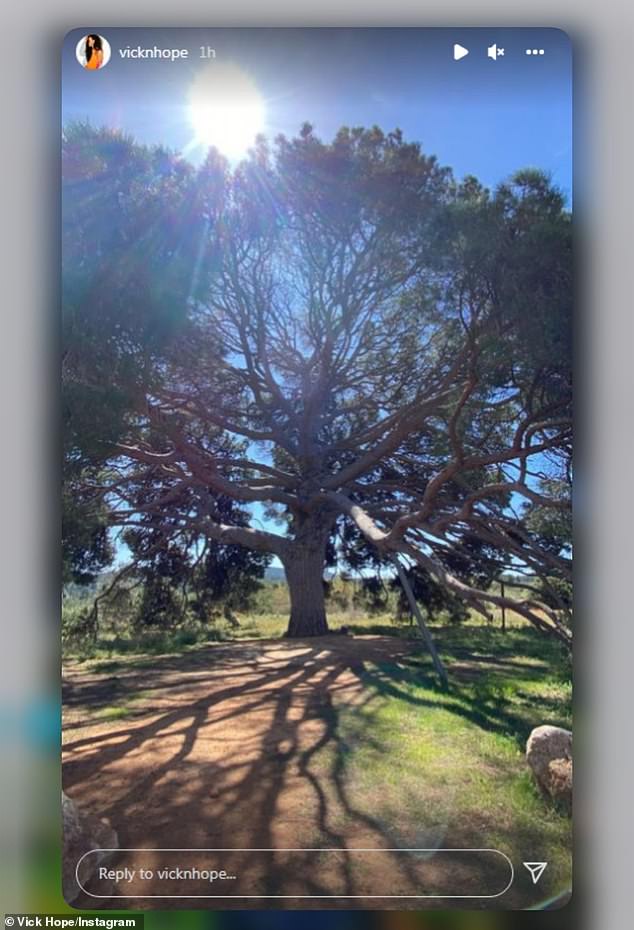 Secret visits: In April, Vick shared a photo of the same tree Calvin had previously posted on his own Instagram account, located on his farm 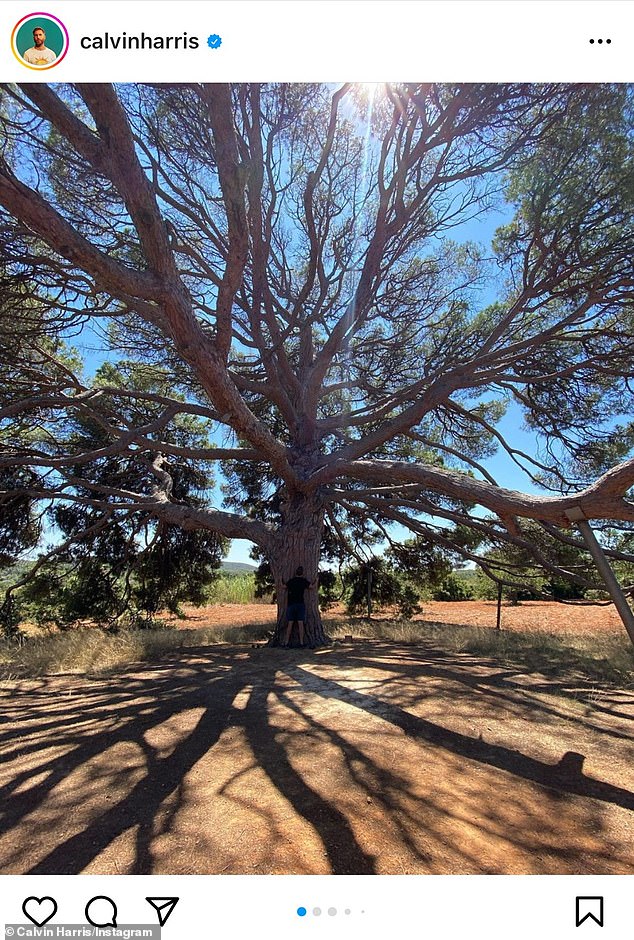 Home sweet home: Calvin posted an image on Instagram of him hugging the same tree in August 2021, where he later proposed to fiancée Vick

However, since his A-list makeover, which even led to an Emporio Armani underwear shoot, she admitted to regretting the decision, comparing his new look to an ‘Adonis.’

Breakfast host, Roman Kemp, 29, revealed: ‘Calvin Harris asked Vick out on a date when he did Acceptable in the 80s.’

Vick replied: ‘He looked how he used to look, I was shallow, I was 19, and I said no and I went off with either Scouting for Girls, or The Wombats, I don’t which, I thought they were going to be bigger but no, it turns out Calvin Harris was going to turn into an Adonis.’

Calvin reportedly split from model girlfriend Aarika Wolf in March while Vick has been publicly single since breaking up from boyfriend of four years, Tom Rosenthal.

After selling his two multi-million-pound mansions in Los Angeles two years ago, Calvin snapped up a 138-acre farm called Terra Masia in Ibiza, where he now resides. 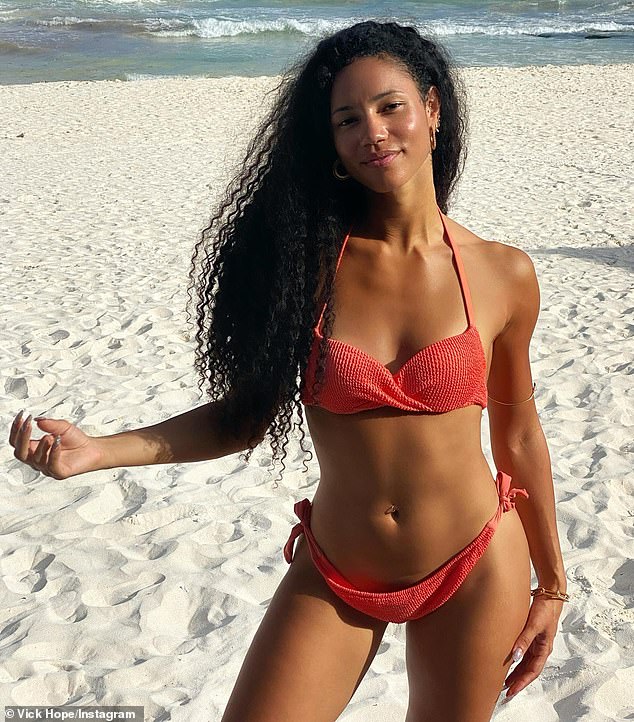 Earth records its shortest ever day as 1.59 milliseconds was shaved off 24-hour spin

Rod Stewart, 77, looks in full holiday mode as he poses with daughters

Eamonn Holmes, 61, brushes off his crippling chronic pain as he soldiers on to host This Morning