And in an upcoming podcast episode obtained exclusively by MailOnline, Anna Williamson admits she ‘couldn’t swallow’ and ‘felt insane’ during a ‘terrible’ mental breakdown while in a psychologically abusive relationship.

The Celebs Go Dating guru, 41, opened up about the frightening experience, which took place in her twenties, and explained that it resulted in her feeling unable to eat and suffering with OCD and ‘debilitating panic attacks.’ 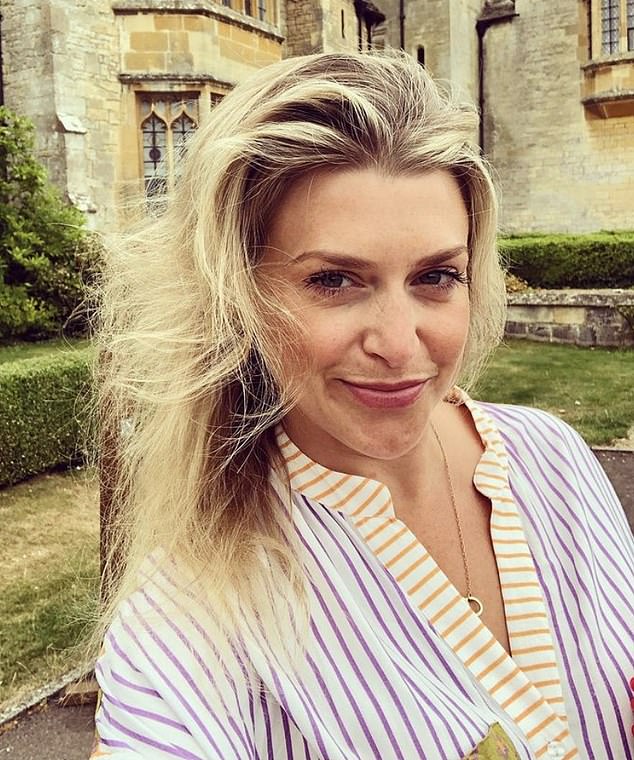 EXCLUSIVE: In an upcoming podcast episode, Anna Williamson, 41, admits she ‘couldn’t swallow’ and ‘felt insane’ during a mental breakdown while in an abusive relationship

Speaking to Made In Chelsea’s Sophie Hermann and Fredrik Ferrier on their Friends With Benefits podcast, Anna confessed: ‘I had a terrible mental breakdown in my 20s when I was presenting kids TV.

‘I didn’t know what the hell had happened to me, and I was in a psychologically abusive relationship at the time, and I was people pleasing and all kinds of things were going on for me.

‘I took a massive step back. Had therapy myself, and realised how amazing it was. Thought it was just one of those things that other people did.

‘Then I started looking into it and studying it behind the camera. I started learning about it and then practicing privately as a private psychotherapist.’ 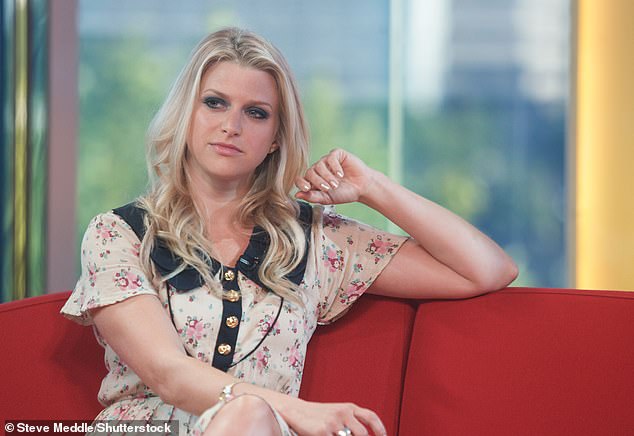 Awful: The TV star opened up about the experience, which took place in her 20, and explained that it resulted in her feeling unable to eat and suffering OCD (Pictured in 2011 on Daybreak)

Globus pharyngeus is a medical term used to describe the sensation of a lump in the throat when no true lump exists.

The majority of people will describe the constant sensation of a lump or a constriction in the throat that is present on swallowing and at rest.

Globus can often be experienced by individuals at times of stress or anxiety. It often occurs when holding back strong feelings or emotions.

Elsewhere in the podcast, discussing her bad mental health experiences, Anna – who is mum to son Vincenzo and daughter Eleanora with husband Alex Di Pasquale – recalled: ‘I’ve had mental breakdowns in my 20s, I’ve had post-natal breakdowns.

‘I had a spectacular breakdown, very publicly, because I did it pretty much almost on air when I was working on ITV breakfast over 14 years ago.

‘I was basically suffering in silence with really bad panic attacks and anxiety. It was all to do with, I was in this mentally abusive relation but I didn’t know it at the time. I was 25.

‘I was coercively controlled. It was a really bad time. I was feeling very trapped but not understanding what to do with it. I was gradually being pulled away from my family. I’d been coping for 6 months.

‘I had chronic insomnia. I wasn’t eating because I’m so anxious. I developed a condition called globus pharyngeus where I couldn’t swallow or hold food down, or even water.

Anna admitted she’d not slept for days when she turned up to work at ITV ‘hanging on by a thread,’ and a colleague asked if she was okay which left her in tears and jumping in a taxi home, realising that she needed help. 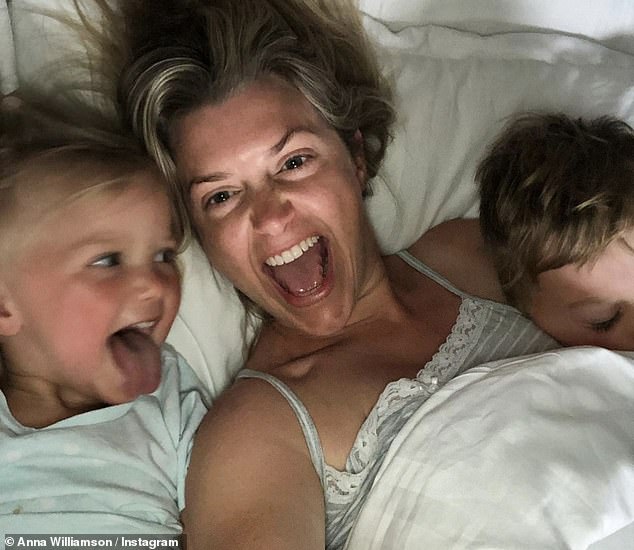 Candid: Anna – who is mum to son Vincenzo and daughter Eleanora with husband Alex Di Pasquale – recalled: ‘I’ve had mental breakdowns in my 20s, I’ve had post-natal breakdowns’