Abs-olutely amazing! Claire Danes, 43, shows off her fit figure in a black and white string bikini as she enjoys a beach day in Malibu

Hollywood veteran Claire Danes normally spends her time in New York City, but on Thursday the actress enjoyed the sand and sea in Malibu in California.

The Homeland star, 43, displayed her fit physique in a black and white topical print bikini with a halter top and low rise bottom as she enjoyed a little personal time at the beach.

The Emmy winner’s freshly cut blonde bob was styled straight but the wind pushed her tendrils around. 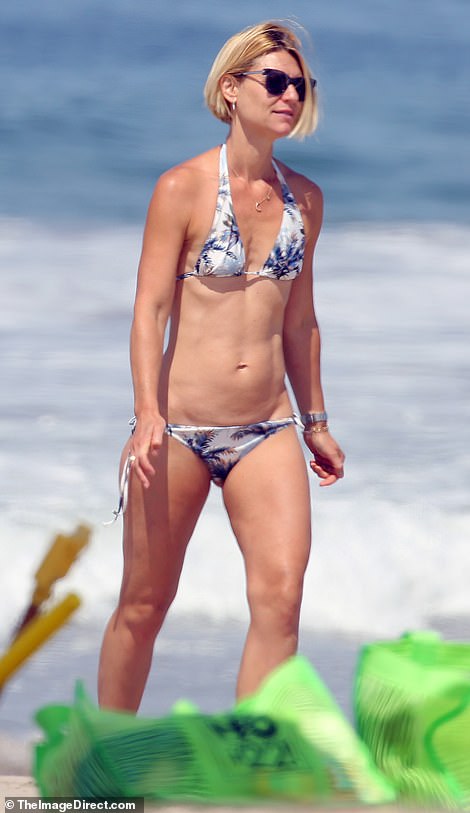 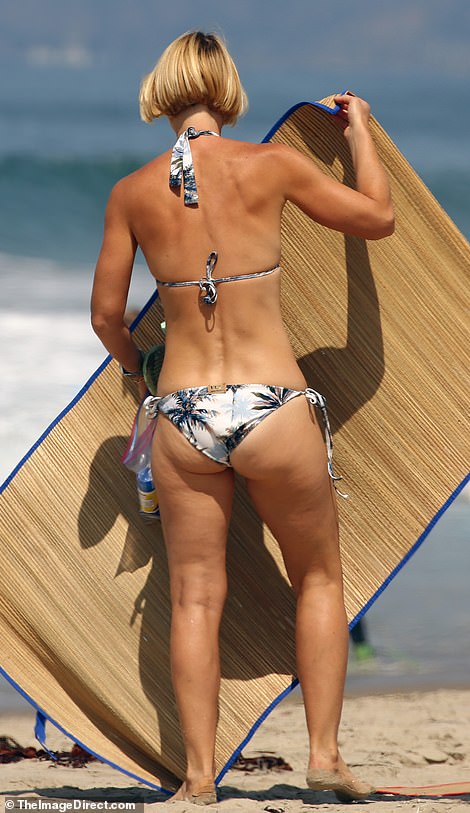 Fit physique: Claire Danes, 43, displayed her fit physique in a tropical print bikini as she enjoyed a little personal time at the beach in Malibu Thursday 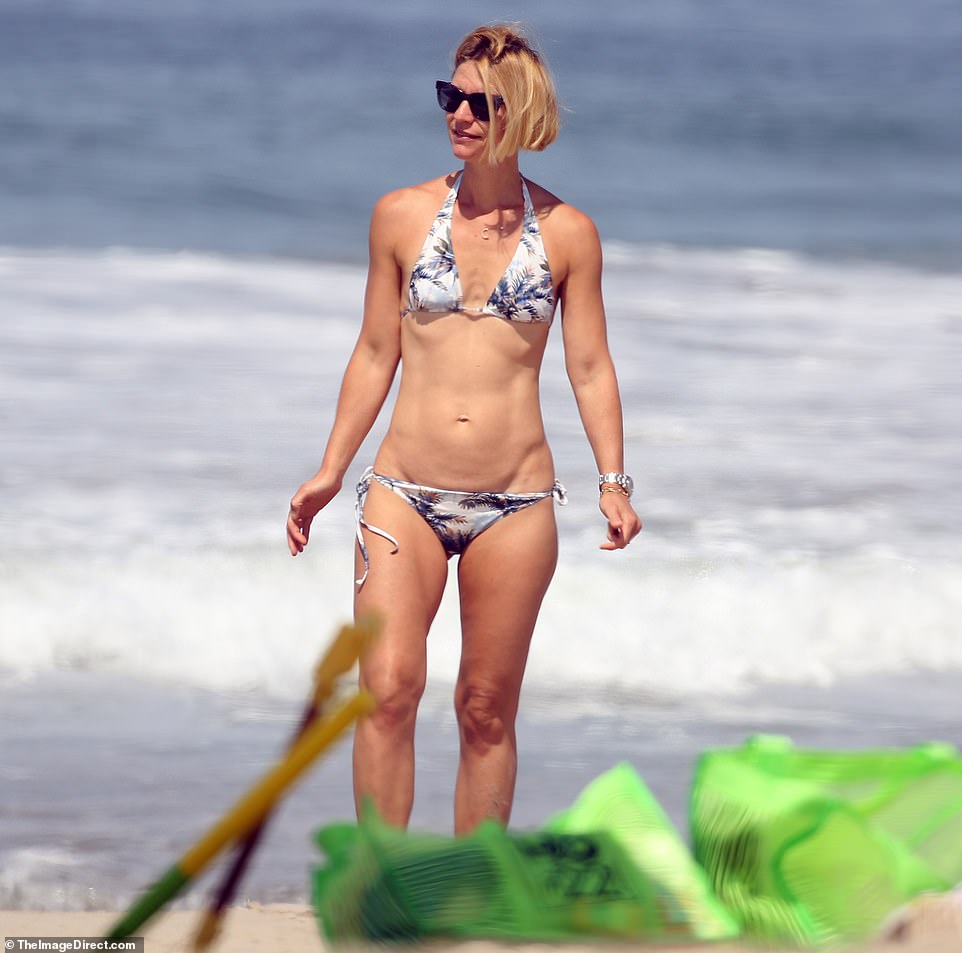 Natural: The Shopgirl star appeared to be makeup free, showcasing her natural beauty. She appeared to get quite a bit of sun on her back and shoulders

The red carpet fixture appeared to be makeup free and wore large dark sunglasses to protect from the glare of the sun.

The busy artist has been working on the FX Limited series Fleishman Is In Trouble, starring as the estranged wife of Jesse Eisenberg’s Toby Fleishman.

The nine-episode limited series was created by author Taffy Brodesser-Akner, following character Toby Fleishman, a doctor and recent divorcee who wades into the mysterious world of online dating. 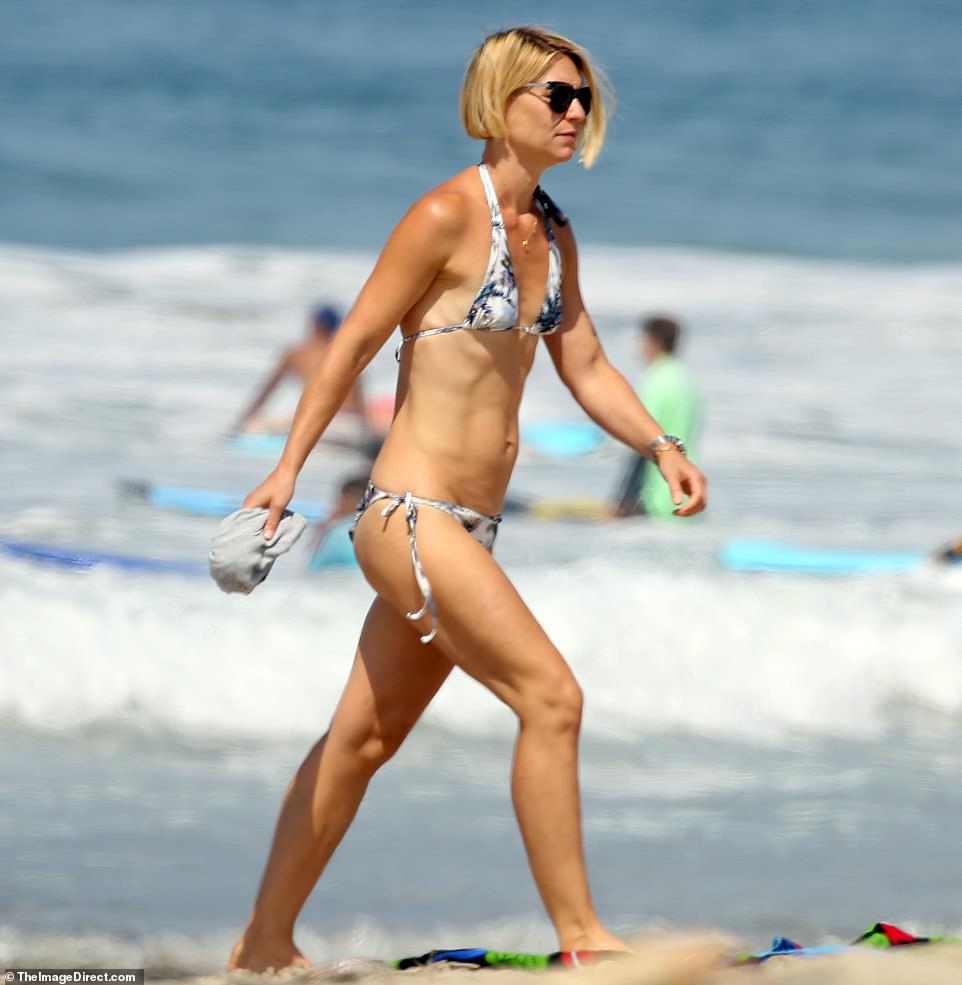 Tone: The Homeland star showcased her toned legs and arms as she enjoyed the sand and sea 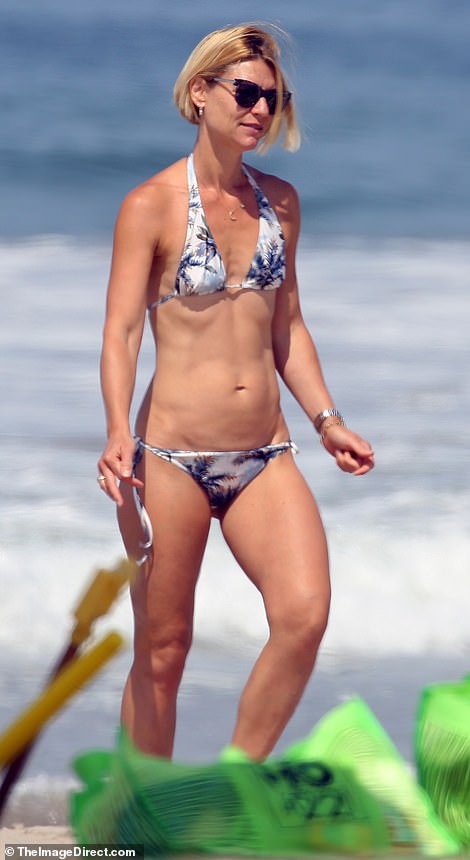 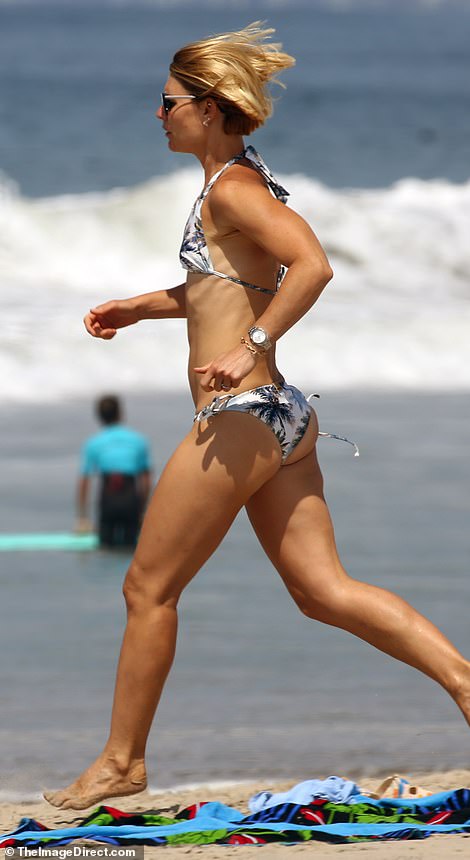 Trim: The Emmy winner’s trim abs were on full display as she rocked the black and white swimsuit with a low rise bottom and halter top

While he finds himself having much more success than he imagined, his life is turned upside down when his Claire’s character, Rachel, disappears and leaves him with the kids.

Toby finds himself juggling his parental responsibilities with a new promotion at the hospital where he works and all of the eligible women Manhattan has to offer… while also finding out what happened to Rachel and their failed marriage.

Claire currently calls New York home where she lives with her husband, Hugh Dancy, 47, and their two children Cyrus, 12 and Rowan three. 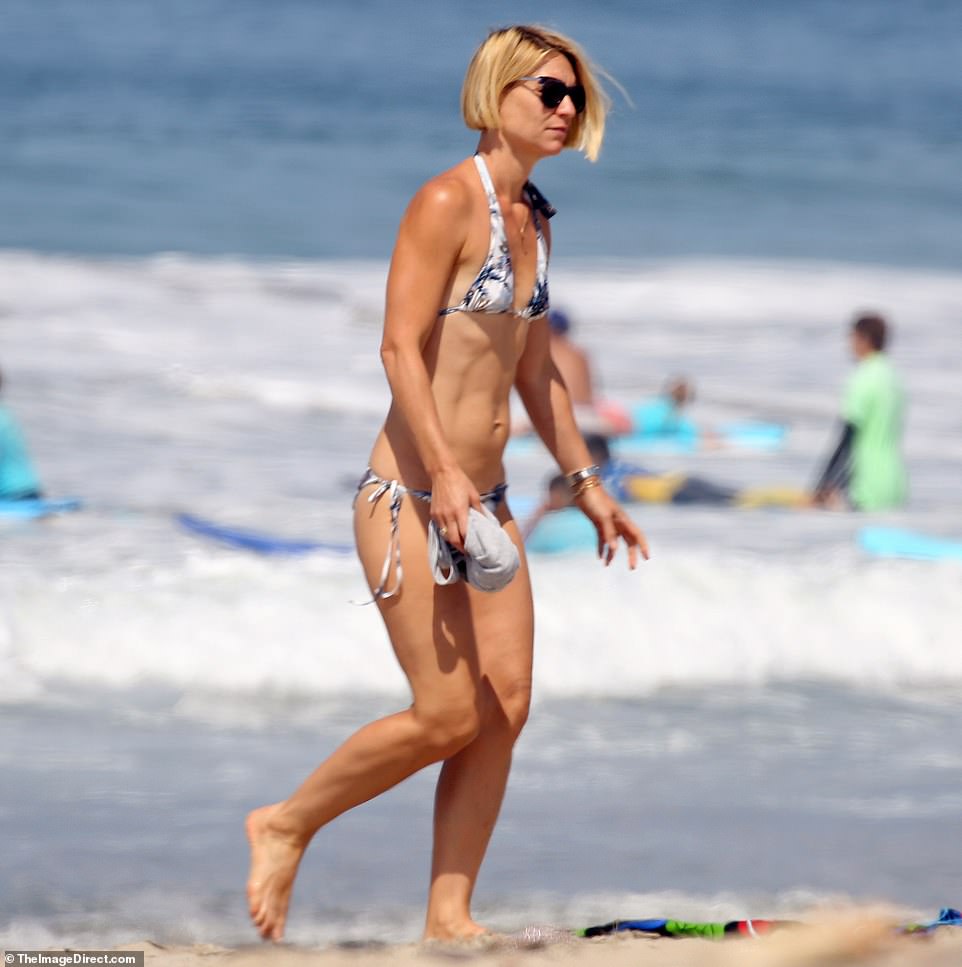 She can currently be seen on the Apple TV+ mini series, The Essex Serpent.

Claire stars as a widow who travels to a small town following reports of the re-emergence of a mythical serpent. 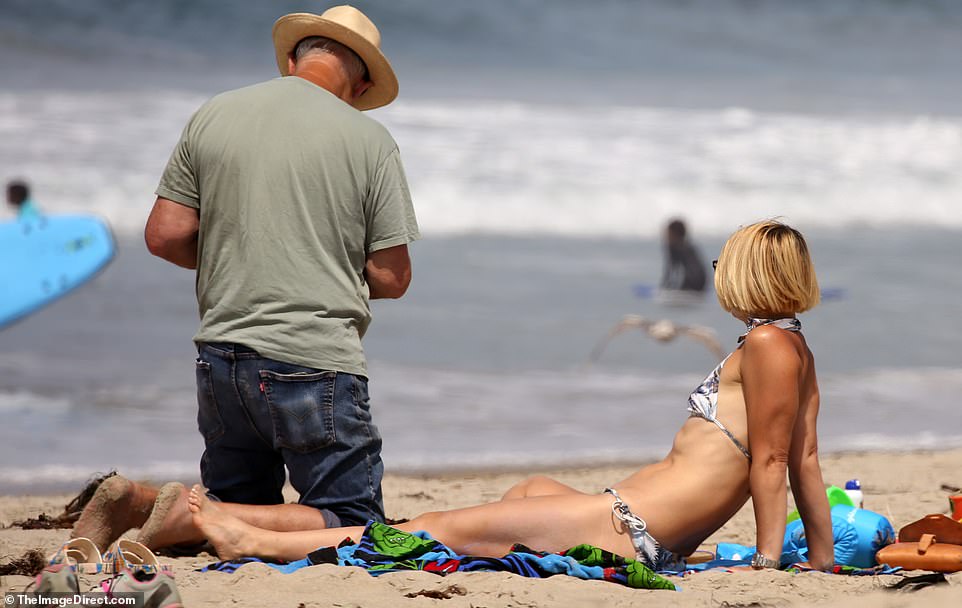 Laid back:  The busy actress, wife and mother appeared to enjoy a few laid back moments with an unidentified friend