Funnyman Nazeem Hussain delivered a mighty sledge to Dave Hughes, 51, during an interview on Channel Nine’s Today Extra on Tuesday.

The 36-year-old comedian was responding to a question from co-host Sylvia Jeffreys about the impact Covid restrictions had had on the live scene.

The Netflix star said it has been ‘tough’ for stand-up comics before taking a dig at the popular 2Day FM radio star. 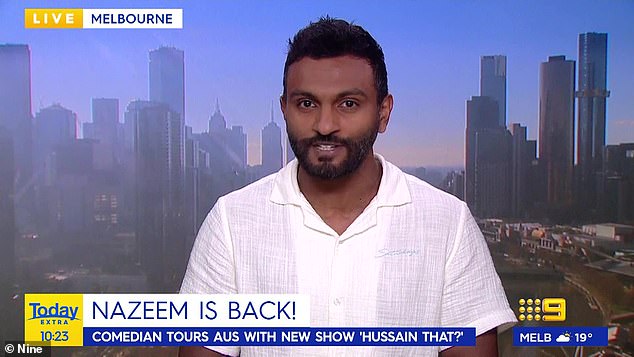 ‘It’s been tough…Dave Hughes is down to his last millions,’ he said.

Sylvia responded to the jibe at Hughes with a spirited giggle.

Nazeem, who is based in Melbourne, continued with a joke about performing stand-up in his driveway for his neighbours during lockdown.

‘They left half-way through to have dinner,’ he said. ‘Melbourne….tough crowd.’ 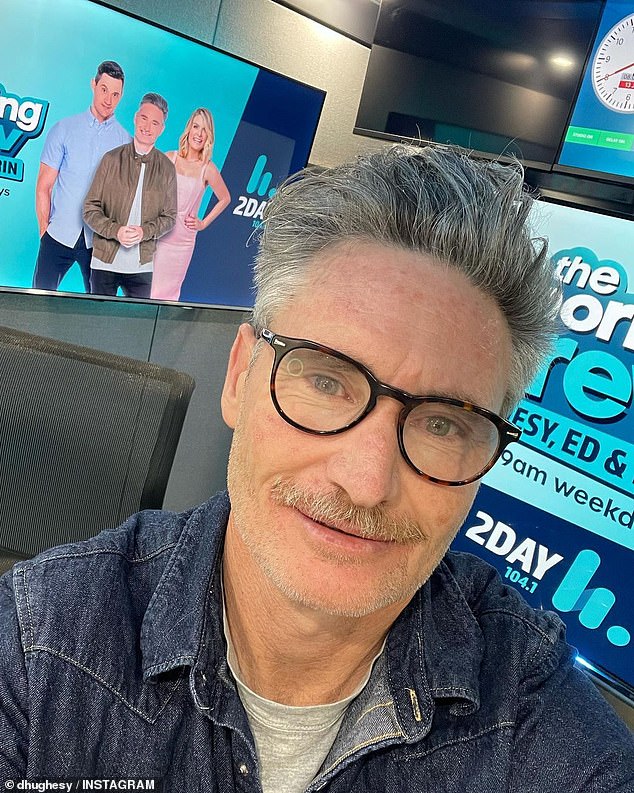 Covid was a tough time for comedians: ‘Dave Hughes is down to his last millions,’ Nazeem said on Today Extra. Pictured, Dave Hughes

The creator of the hit SBS TV series Legally Brown and later Seven’s sketch show Orange is the New Brown, Hussain said he was looking forward to his current national tour, his first in several years.

‘Being back on stage makes most sense to me and I feel we all just need to laugh.’

Co-host David Campbell asked Nazeem about the recent assaults on comedians Chris Rock and Dave Chappelle, when both men were attacked while they were performing. 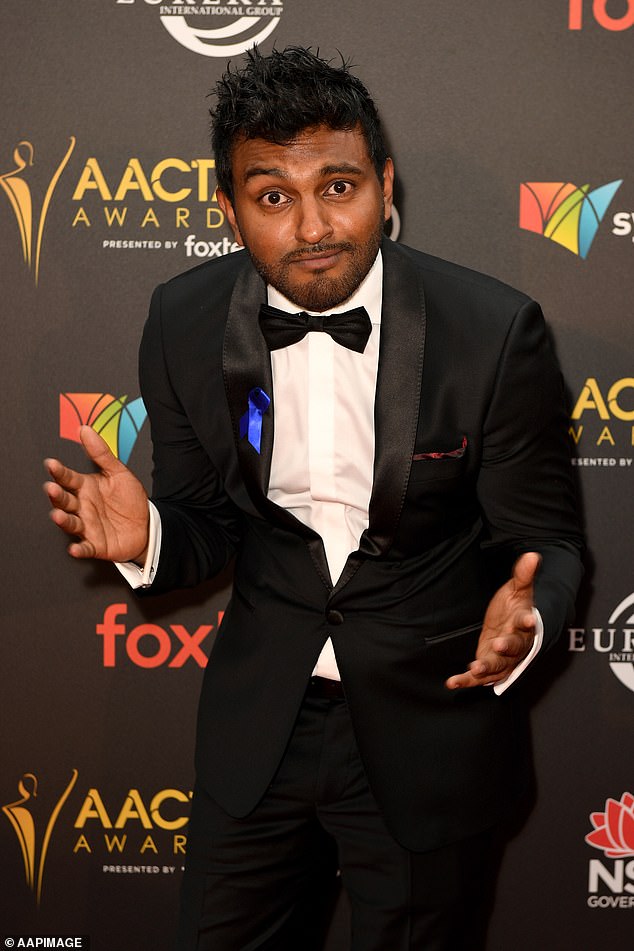 Confrontational: Nazeem Hussain on the red carpet in Sydney for the AACTA Awards in 2018

‘I have not been slapped yet,’ Nazeem said, referring to the notorious incident at this year’s Oscars when Will Smith raced on stage to slap Chris Rock after the comedian made a joke about his wife, Jada Pinkett-Smith.

This is the second embarrassing moment for Dave Hughes in the past week.

The 2Day FM host admitted on Wednesday that his mum Carmel called to confront him over a recurring charge on his bank statement when he was in his twenties.

‘I said, “Mum, it’s [for] a brothel,”‘ Hughes said, making the confession liver on-air during his 2Day FM breakfast show, much to the amusement of his co-anchors Ed Kavalee and Erin Molan. 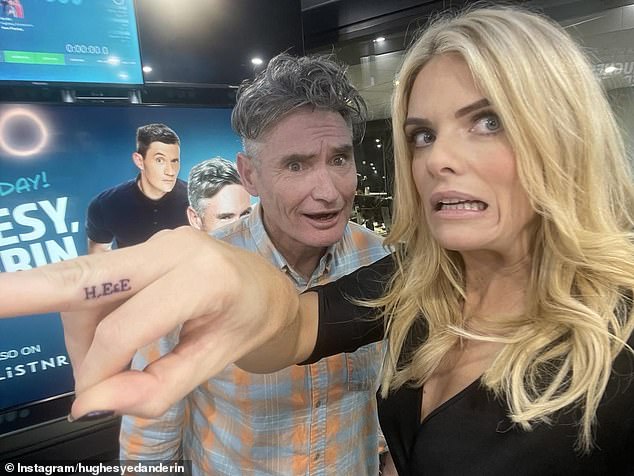 Awkward! The 2Day FM host admitted that his mum called to confront him over a recurring charge on his bank statement when he was in his twenties. Pictured with Erin Molan

Lottie Tomlinson sizzles in nothing but a plunging sheer pink bodysuit