Dancing on Ice will return for with a brand-new series from Sunday, and fans have been given an early glimpse at this year’s contestants as they prepare for the official launch of its fourteenth series.

A first clip from the new series features the group rehearsing at Alexandra Palace in north London, with Rachel Stevens and Brendan Cole already emerging as front-runners before the show gets underway. 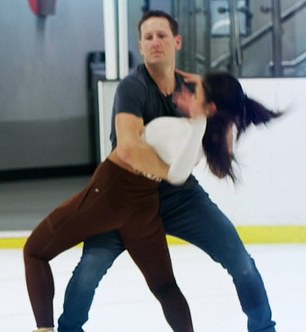 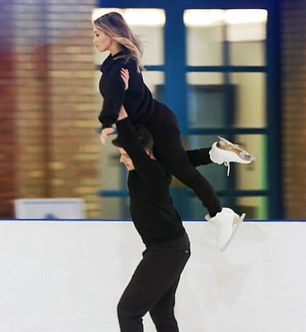 Here we go: Brendan Cole (L) and Rachel Stevens (R) show off their skating skills while rehearsing at Alexandra Palace in a first look at the new series of Dancing On Ice