Sarah Jessica Parker has long been hailed as a trendsetter for fashionistas all over the world thanks to her role as style icon Carrie Bradshaw in Sex And The City.

But it would appear her look on the hit show falls some way short of approval from self-styled queen of sustainability Livia Firth who has hit out at the star for showcasing her unrealistic flat stomach.

Livia, 52, the estranged wife of Oscar-winner Colin Firth, has attacked the actress for showing off something Livia suggests so few women can aspire to, it may cause eating disorders.

The ethical fashion campaigner voiced her disgust by sharing a picture of Parker, 56, top left, on set as Carrie wearing a cropped pink blouse with her taut midriff accentuated by a tight, above-the-waist belt. 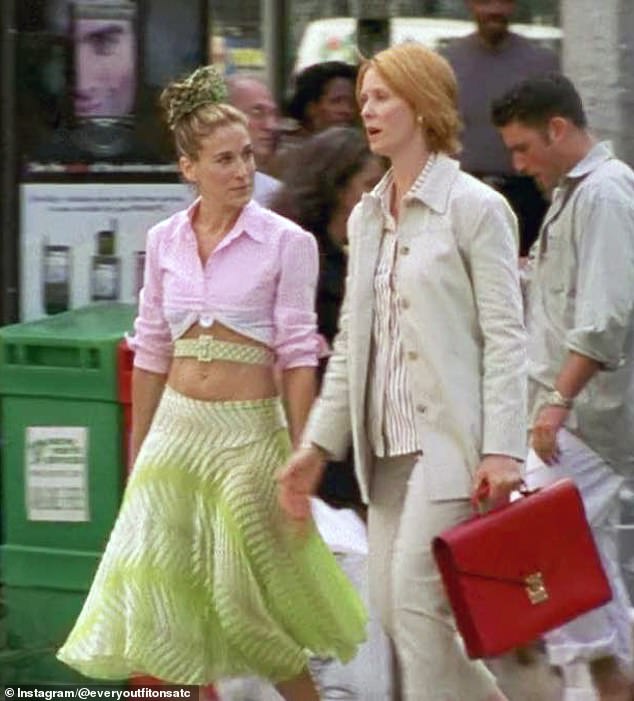 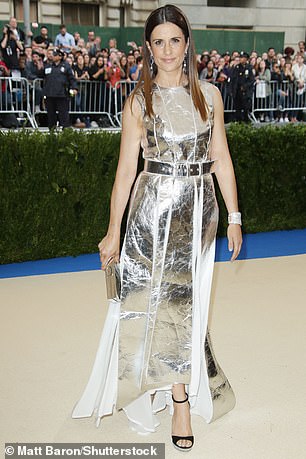 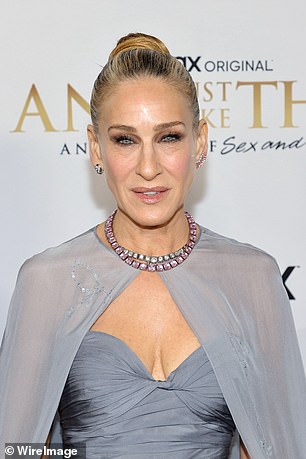 Livia Firth (left), 52, the estranged wife of Oscar-winner Colin Firth, has attacked Sarah Jessica-Parker (right) for showing off something Livia suggests so few women can aspire to, it may cause eating disorders

‘Every time I see images like this (and I see a lot of them) I wonder A, why do we create clothes that only women who don’t eat can wear?’ asks Livia.

‘And B, why do we want to make women feel bad about their bodies if their tummies are not like these (and the majority of women don’t have a tummy like this). And C, why do we demonise eating?’

Livia adds: ‘So many girls and women I know suffer from food disorders because of this and I wonder what will it take to turn the tide on fashion as a vehicle of so much mental health issues and destruction and instead use it for wellbeing and construction?’

Despite her criticisms of the actress known as SJP, Livia may be surprised to learn they actually sing from the same hymn sheet.

The star has previously criticised Victoria Beckham and other slender stars for shedding their baby weight too quickly.

‘There’s all this emphasis on losing weight. Look at Posh Spice or whoever. But that life is not what’s real,’ she said. 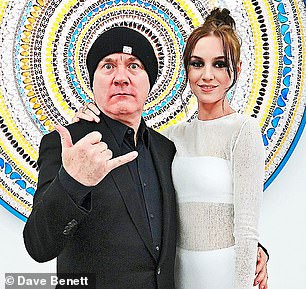 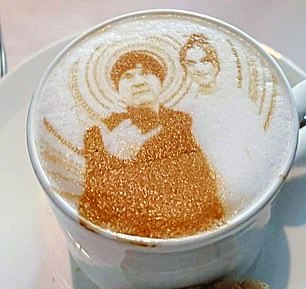 The world’s richest artist, Damien Hirst (left of both pictures), has shared a glimpse of a new artwork, a cappuccino (right picture) depicting in its milk foam the 57-year-old and his ex-ballerina girlfriend Sophie Cannell (right of both pictures), 28

Could this be the most expensive cup of coffee ever made?

The world’s richest artist, Damien Hirst, has shared a glimpse of a new artwork, a cappuccino depicting in its milk foam the 57-year-old and his ex-ballerina girlfriend Sophie Cannell, 28.

Hirst is to burn thousands of his famous dot paintings next month.

Buyers who spent £1,600 on the physical art were given the option to see their investment torched in exchange for a digital version known as a non-fungible token, a type of digital asset.

They probably needed something stronger than coffee after making that decision. 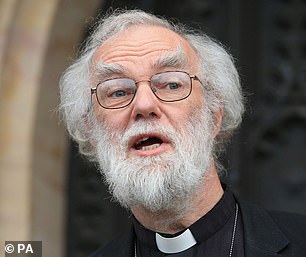 Former Archbishop of Canterbury Rowan Williams (pictured) was booked both to preach in St Michael’s Church and speak about R.S. Thomas’s poetry in Eglwys Fach

There are likely to be more than a few irate festival-goers in Eglwys Fach next month, as the birthplace of R.S. Thomas hosts a literary event honouring the great poet.

Organisers were thrilled to have lined up former Archbishop of Canterbury Rowan Williams both to preach in St Michael’s Church and speak about Thomas’s poetry.

But Williams, 72, has now realised that he will be some way from north Wales on the weekend in question — in Canada, in fact.

‘Rowan was absolutely appalled when he realised,’ churchwarden Alison Swanson tells me.

Williams says that ‘habitual inefficiency’ — compounded by correspondence ‘that hasn’t shrunk that much since retirement’ — were to blame.

A recording of his talk will be played in his absence. Its title? Keeping Faith In Poetry. 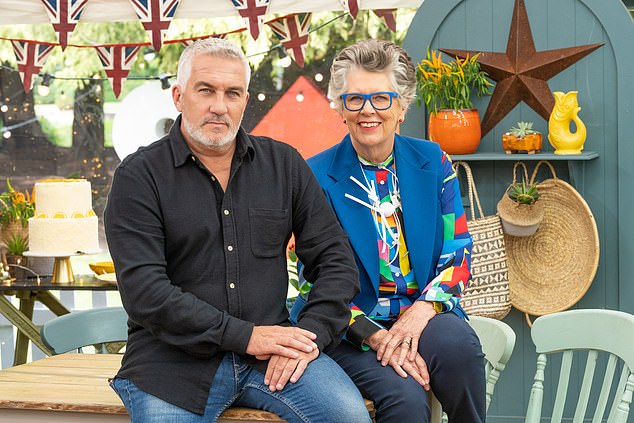 Paul Hollywood reckons the damehood that fellow Bake Off judge Prue Leith received last year has gone to her head.

So much so, junior staff on the show are now apparently given lessons on how to make the perfect cup of tea for the 82-year-old.

‘Prue is so precious about her tea on Bake Off,’ the 56-year-old master baker told the audience at Kaufmann Concert Hall in New York, where he was promoting his book, Bake.

‘We take the runners to show them how to make tea. You can’t squeeze the bag against the tea cup as she knows. She is a dame now, so you can’t do that to her.’

Hollywood was also less than gallant about former Bake Off judge and fellow dame Mary Berry, 87.

Speaking about the origins of baking, he said: ‘When you look back on history like Pompeii . . . Mary Berry used to have a bakery there.’ Miaow! 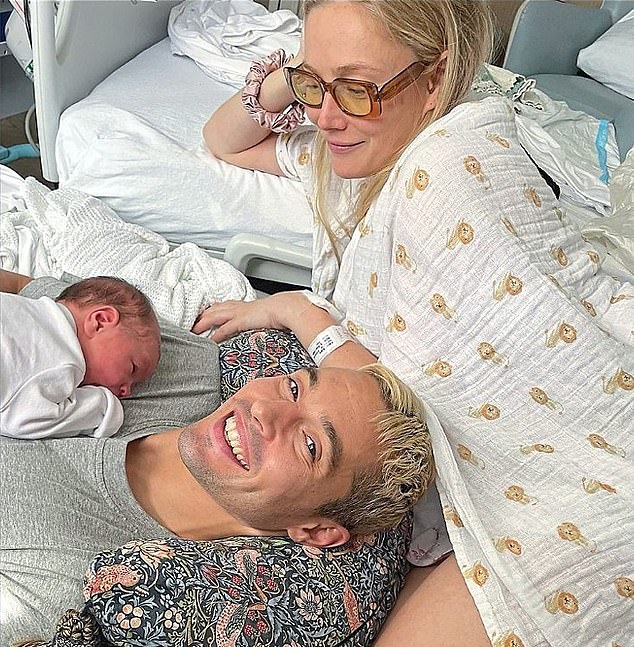 Actress and model Lady Clara Paget spent most of her pregnancy keeping up appearances at events such as Glastonbury Festival — but she may be now on a break from the party scene.

For the 33-year-old daughter of the 8th Marquess of Anglesey has given birth to her first child, a boy named Ludo.

Her friend Poppy Delevingne congratulated the couple on their new arrival, saying: ‘Welcome little Ludo, we love you.’

PATRICK MARMION reviews the first night of Get Up, Stand Up!