‘I had the disease to please’: Garcelle Beauvais will discuss her insecurities in memoir while sharing ‘juicy stories’ from Real Housewives Of Beverly Hills

Garcelle Beauvais is ready to open up about her emotional battle of identity in her upcoming memoir.

Her book, titled Love Me As I Am, will take fans through the star’s life as she wrestles with her ‘rebellious nature’ and her ‘desire to be a ‘good girl.’

The Jamie Foxx Show star, 54, told People she is excited to share the intimate details of her journey with readers. 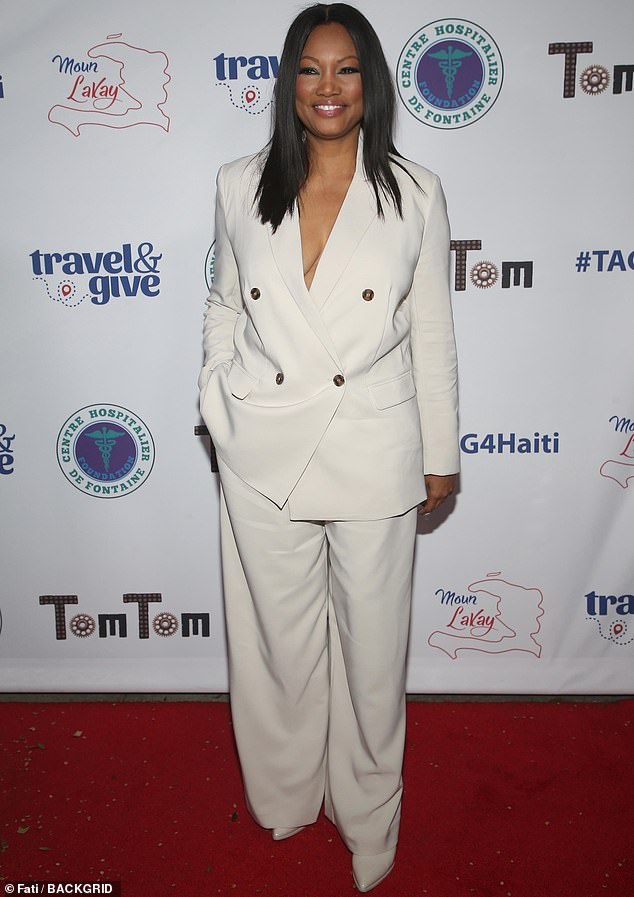 Emotional internal struggle: Garcelle Beauvais is ready to open up about her emotional battle of identity in her upcoming memoir; seen Monday 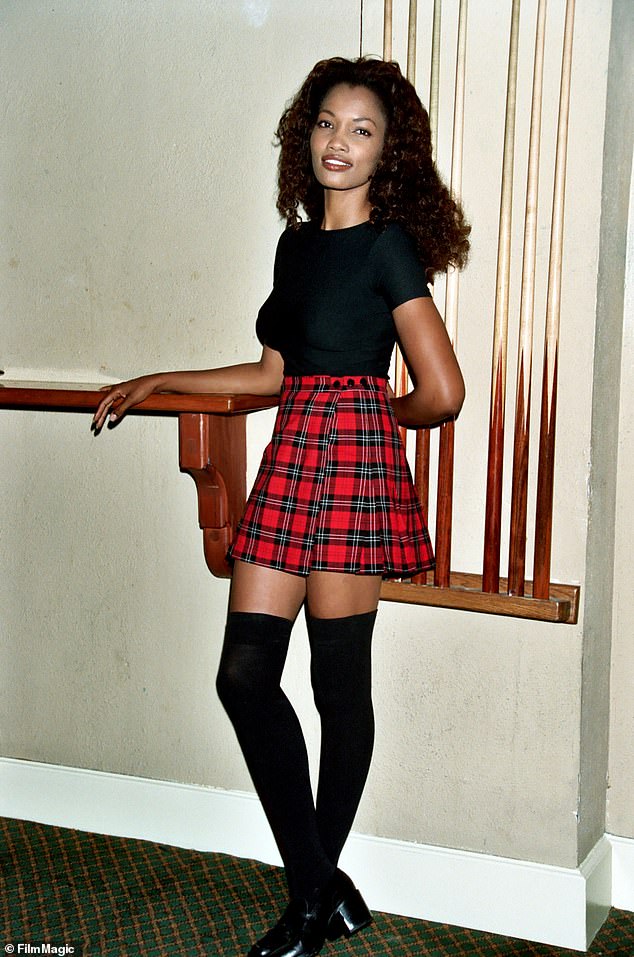 A stunner: As a young actress, she felt she always had to do better and better; seen in the 1990s

‘When I started along the journey of penning my memoir I had no idea how much of an eye-opening experience it would be,’ the star said.

‘I am deeply proud to share my journey as a woman, the struggles, and funny memories with those who have followed me throughout my career in Hollywood.’

The star went on to say, ‘I hope they come away knowing me a little bit better through the laughter and tears that life has brought my way. If nothing else, they will see that as with everyone, it takes resilience, fortitude and faith to survive and thrive — and I’m still standing!’ 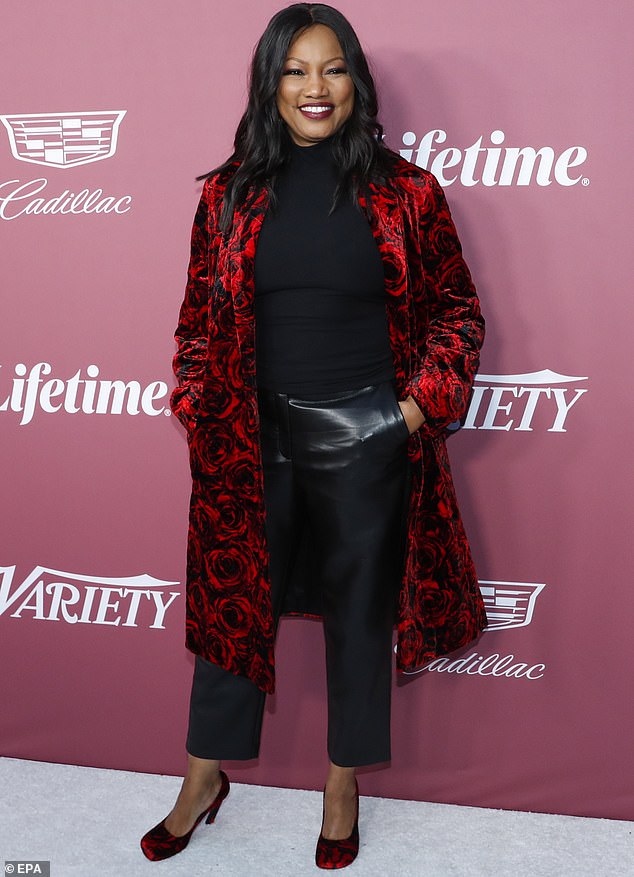 Fighting stereotypes and embracing sexuality: Beauvais will open up about a number of topics including her sexuality and pushing back against racist tropes

The press release for the book describes a person constantly seeking approval. It read, ‘Throughout her life, Beauvais has suffered from a painful emotional battle between her wild, rebellious nature and her desire to be a “good girl.”

‘No matter how many cover stories she earned, Most Beautiful lists, or coveted roles in iconic series such as The Jamie Foxx Show and NYPD Blue, Beauvais could not cure herself of her “disease to please.”‘

The press release also said that a big part of the star’s growth was her transition to learn to ‘unapologetically put herself first.’

She also promised to share some ‘juicy behind-the-scenes stories’ from the set of the Real Housewives of Beverly Hills.

Beauvais will also focus on weighty topics like embracing her sexuality in her 40s and pushing passed racial stereotypes. 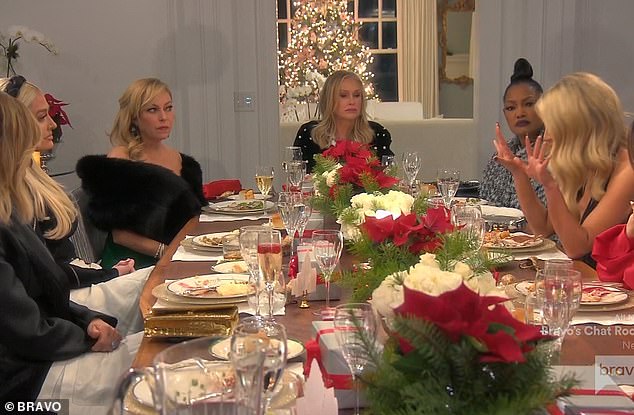 Love Me As I Am will be the actress’ second book. In 2013 she and co-author Sebastian A. Jones wrote a picture book titled I Am Mixed.

She talked about writing in a 2018 interview with the American Gem Trade Association when she said it was always something that scared her.

‘Writing books was something I always wanted to do, but was also very scared of doing,’ the Spider-Man: Homecoming star said.

She added, ‘I was going through a hard time and realized that to get out of the mindset I was in, I had to do something that scared me. That’s when the book happened and it’s been so great for my kids to see that I had an idea and I made it come to life.’ 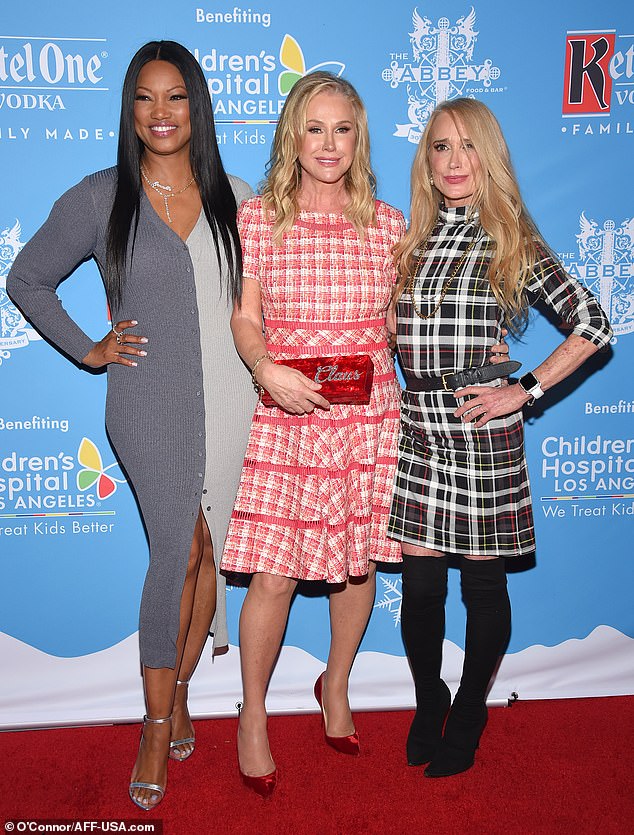 Creating quite a library: The actress’ memoir will be the second book she’s written after I Am Mixed, a picture book she wrote in 2013; seen with Kathy Hilton, center, and Kim Richards, far right, in September

Drew Barrymore, 46, says her own MOTHER admitted her to a psychiatric ward