Married At First Sight star Melissa Rawson’s husband Bryce Ruthven famously left her devastated after he said he likes ‘blondes with blue eyes’ on the show.

And it appears the 31-year-old has transformed her look in a dramatic way while appearing on the show’s reunion special on Sunday.

A number of fans pointed out Melissa, who has green eyes naturally, appeared to be wearing blue contacts on Twitter. 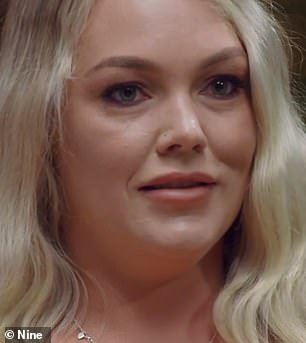 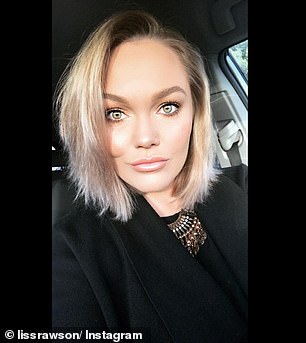 ‘Is it my imagination or does Melissa have blue contacts in tonight?’ one viewer wrote of the reality star.

Another added: ‘And blonder hair to be his type.’

The Melbourne-based bride looked to have undergone a subtle change of eye colour as she sat on the couch next to Bryce.

Bryce left Melissa almost inconsolable when he admitted his type was ‘blonde hair, blue eyes’ during the honesty box experiment. 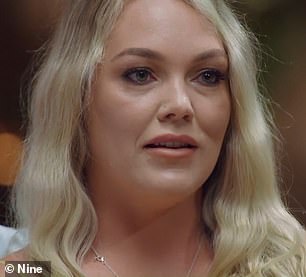 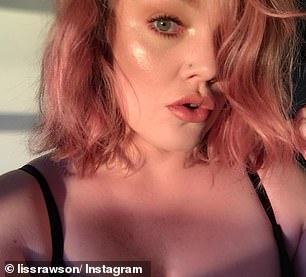 ‘Is it my imagination or does Melissa have blue contacts in tonight?’ one viewer wrote of the reality star. (left) Sunday’s reunion. (Right) September, 2018

In brutal scenes that aired back in February, Melissa turned to Bryce and asked: ‘Am I your usual type?’

After taking a moment to think, Bryce responded: ‘It’s a tough question. I’ll be completely honest. Not 100 per cent.

‘I’ve always gone for the blonde hair, blue eyes, tanned kind of girl, and someone that’s, like, usually taller.’ 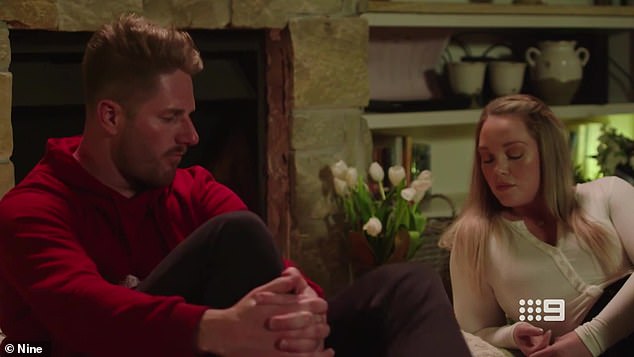 Bryce then confessed to his bride that he probably wouldn’t go up to her in a bar and buy her a drink.

A heartbroken Melissa began to cry, wiping tears away from her eyes. It remained a source of intensity for the couple.

On Sunday’s reunion special, Melissa and Bryce were defiant on the couch as they sat across from the experts in tense scenes on the show.

Watching her final vows with Bryce, Melissa said: ‘Gosh, I just got emotional just then watching that part with you, where you broke down.’ 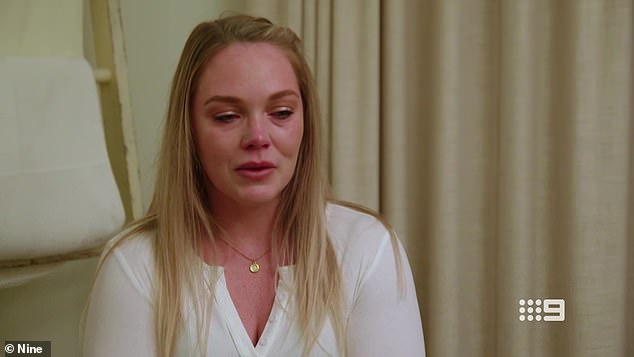 Upsetting: Bryce’s candid admission left his bride speechless, with her clearly upset about being told she wasn’t Bryce’s type during the honesty box experiment

‘That was a real turning point for me. That’s when I knew I was not only falling in love with Bryce but I was in love with him.’

Bryce has repeatedly been accused of ‘gaslighting’ Melissa on the show.

Bryce addressed his own behaviour after he proved to be less-than-liked by the group and viewers of the show. 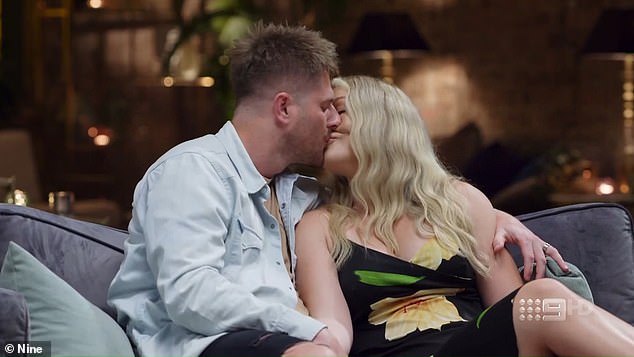 Defiant: ‘For some reason, this whole experiment and environment brought the worst out in me and a side of me that I’ve never seen before,’ Bryce said. The couple are still together

‘For some reason, this whole experiment and environment brought the worst out in me and a side of me that I’ve never seen before,’ he said.

‘Look, watching that back, I’m disappointed that I got to that level,’ he added.

‘But I’ve got a big personality, and, yeah, look, I don’t always get along with everyone.’ 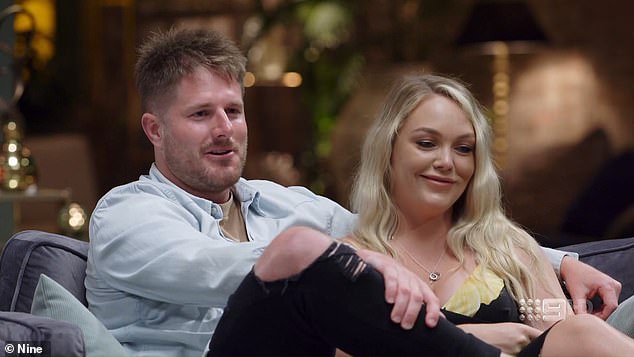 Still together: ‘I’ve got a big personality, and, yeah, look, I don’t always get along with everyone,’ Bryce said, explaining away his portrayal on the show