Jennifer Lawrence showed off her bare baby bump on Sunday, as the actress was seen taking a stroll around New York City.

It’s the first time the Oscar-winner has revealed her pregnancy belly, after recently being seen out in comfy attire.

It appeared as though the 31-year-old was enjoying a day of fitness as she was dressed in all black workout attire, and was listening to music as she walked along the city streets in sliders. 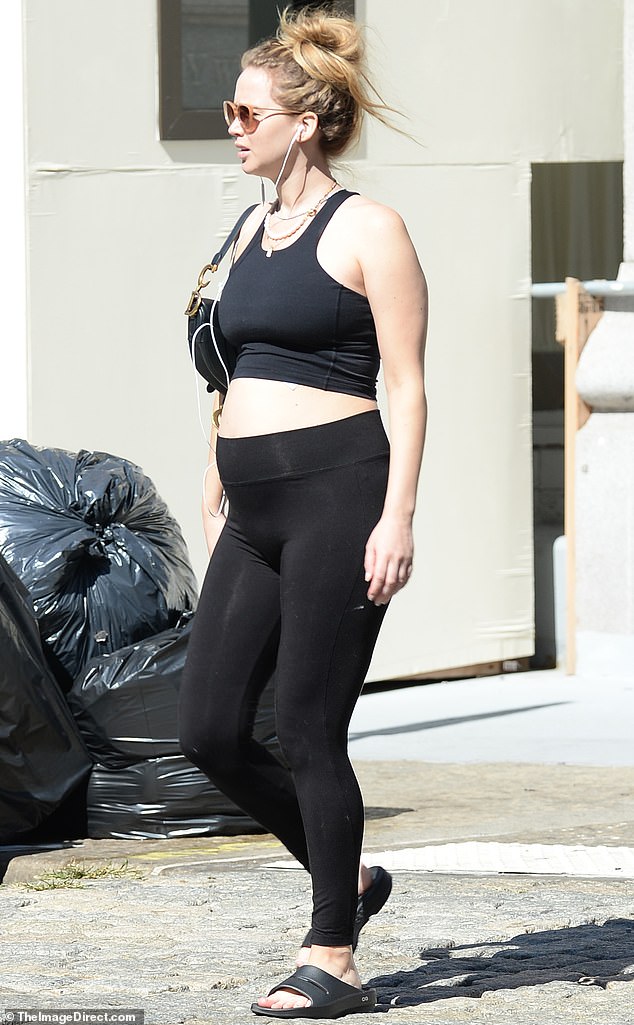 Baby bump’s day out: Pregnant Jennifer Lawrence shows off her bare baby bump as she steps out in workout gear for a stroll around NYC on Sunday

Her exciting news was confirmed earlier this month after stepping out with a more pronounced baby bump, alongside her husband Cooke Maroney, who she married in 2019.

Jennifer, 31, has a string of movie projects lined up for when she returns full-time to her acting career.

Most notably, she is set to be transforming into shamed Elizabeth Holmes in the movie Bad Blood. She also has several other movies in the pipeline, including Don’t look Up, Red, White and Water, and Mob Girl.

Meanwhile, a film source recently told PEOPLE that J-Law is ‘looking forward’ to becoming a mother. 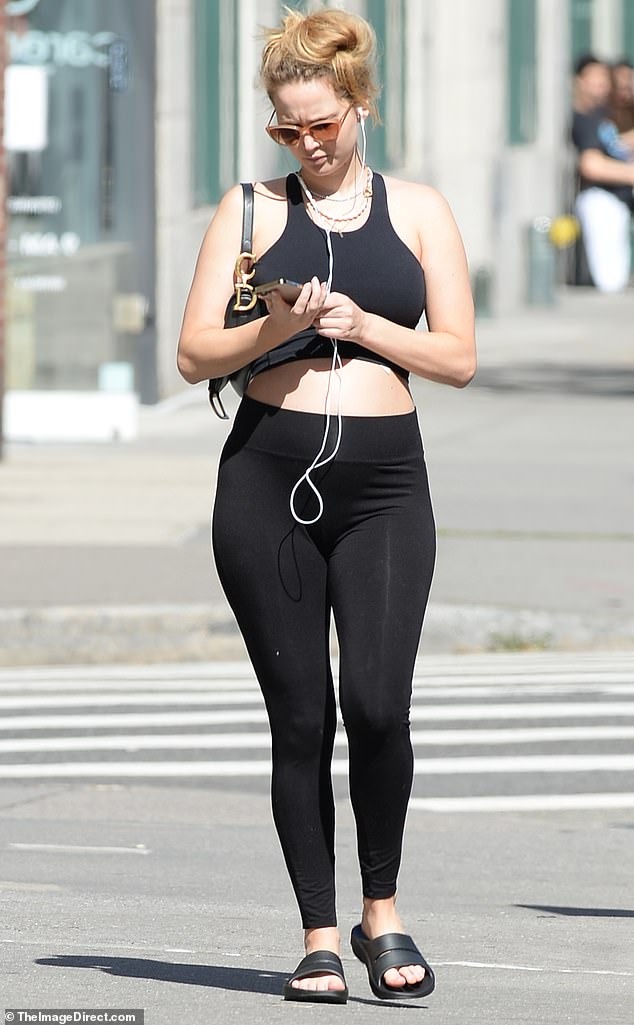 Ready for a workout: The pregnant star appeared to be in workout gear as she took a stroll 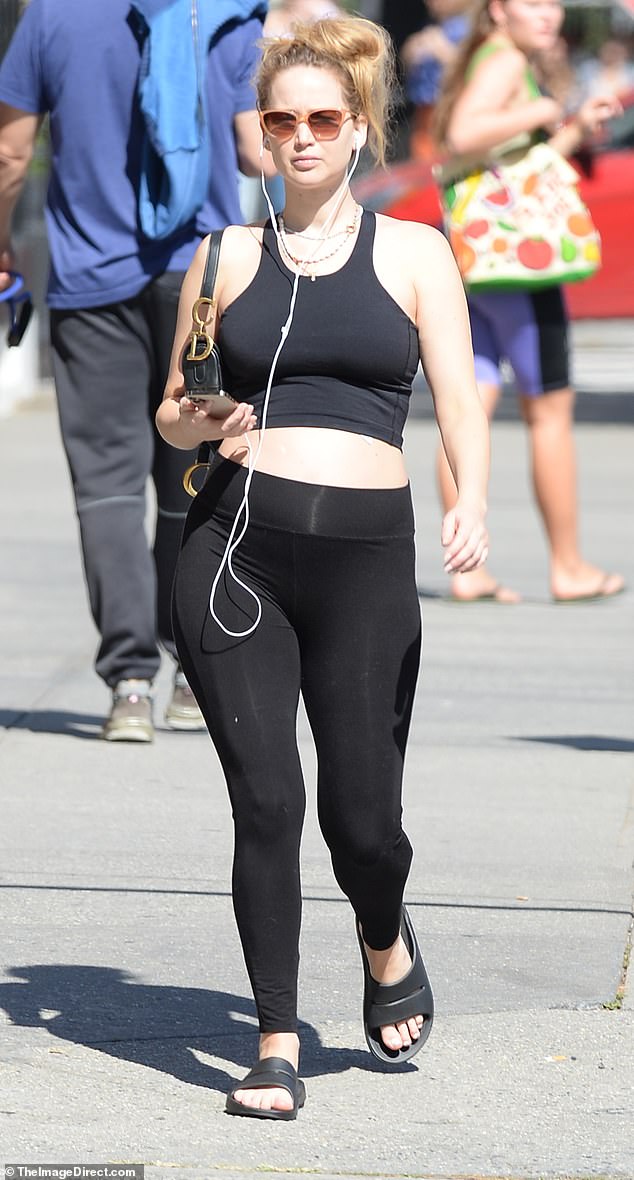 Walk This Way: J-Law struck a confident sashay along the streets while showing off her bump

The source claimed: ‘Jen wanted a family for a long time and found an ideal mate whom she loves, respects and enjoys being around.’

‘She loves married life, and they have a solid foundation for a baby. She is very happy and looking forward to being a mom.’

‘She loves her work and that will continue. Like other actors, she will balance her career and her life as a wife and mom. She will do it well.’

The source concluded: ‘Jen is grounded and ready to be a parent because she loves family life.’ 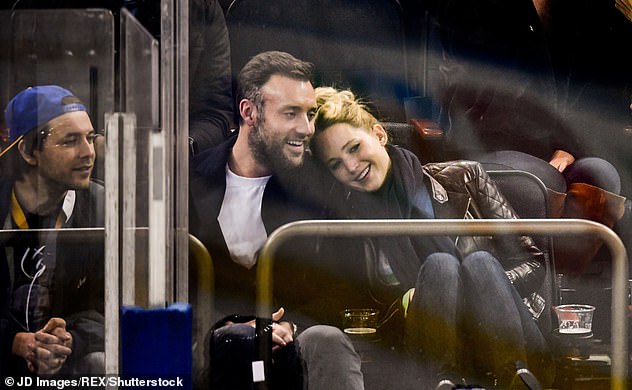 Family: ‘Jen wanted a family for a long time and found an ideal mate whom she loves, respects and enjoys being around,’ a source told People this year

Kim Kardashian’s net worth increases by $600 million to $1.8 billion