She recently wiped ex-boyfriend Michael B. Jordan from her Instagram account, and now Lori Harvey is ready for a new chapter.

On Thursday, the daughter of Steve Harvey showed her ex what he’s missing as she showed off her stunning physique while at the gym.

It was revealed earlier this week that Creed actor Michael has also scrubbed Lori from his Instagram too, as they have now both moved on from the split – which her father Steve hinted was amicable. 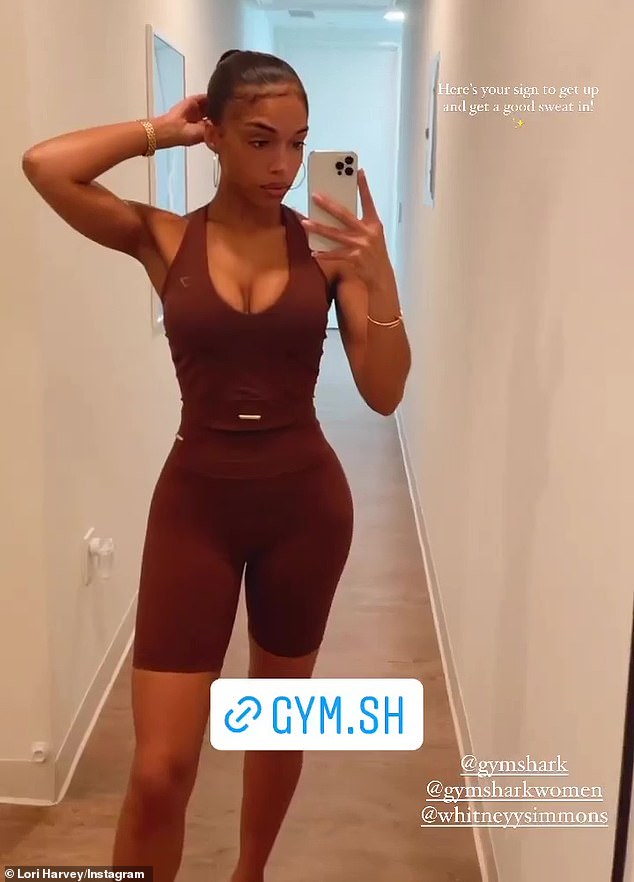 Time to hit the gym: Lori Harvey, 25, was ready for the gym in an Instagram story that she posted earlier Thursday

The 25-year-old donned a brown-colored sports bra and matching shorts. The two-piece workout outfit is from Gymshark, a British fitness apparel company.

On her reel, the model promoted the new Whitney Simmons x Gymshark collection. Simmons is known for her fitness routines and has a big following on both her social media and YouTube channel.

The pricing for the gym clothing ranges from around $35 all the way up to $60, depending on the choice of clothing. 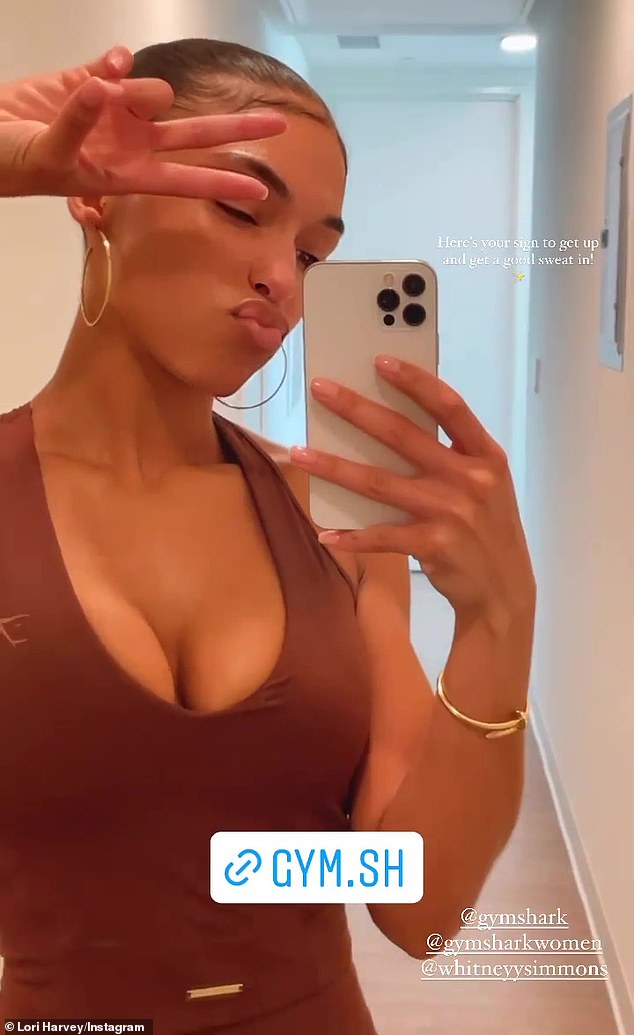 Summer ready: The model showed off her fit body in her short video she shared on social media 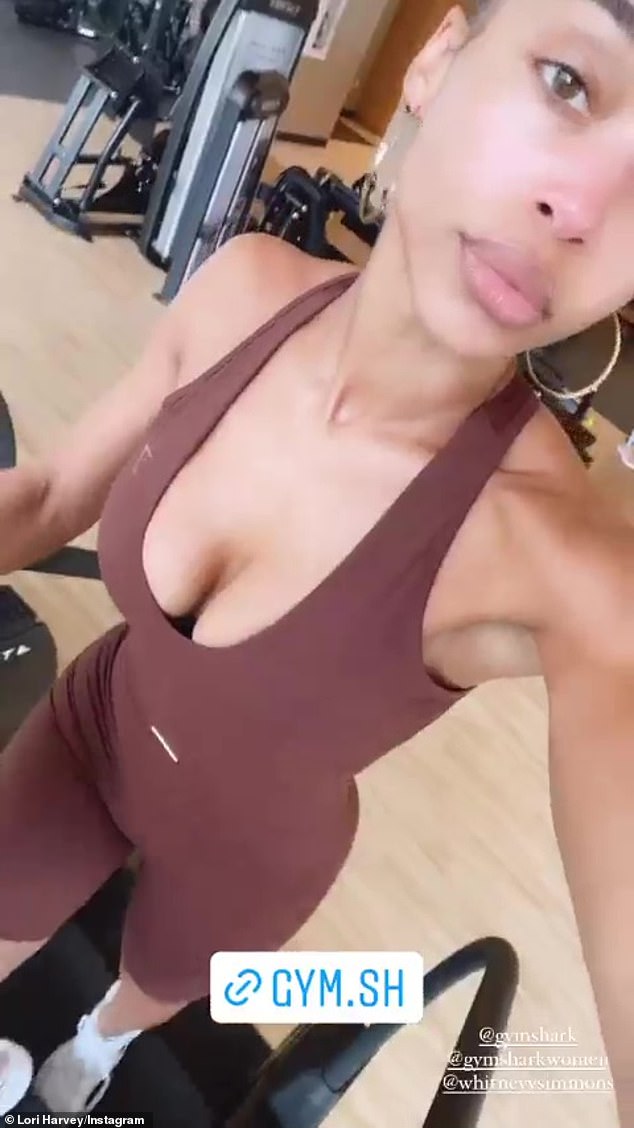 In the reel, Lori typed out, ‘Here’s your sign to get up and get a good sweat in.’

The entrepreneur had her hair pulled up in a tight bun while adding accessories such as large, gold hooped earrings.

She kept up with the gold color scheme, and also donned a gold watch and bracelet which she wore on each of her wrists.

The socialite added a pair of white sneakers to stay comfortable as she did her workout for the day. 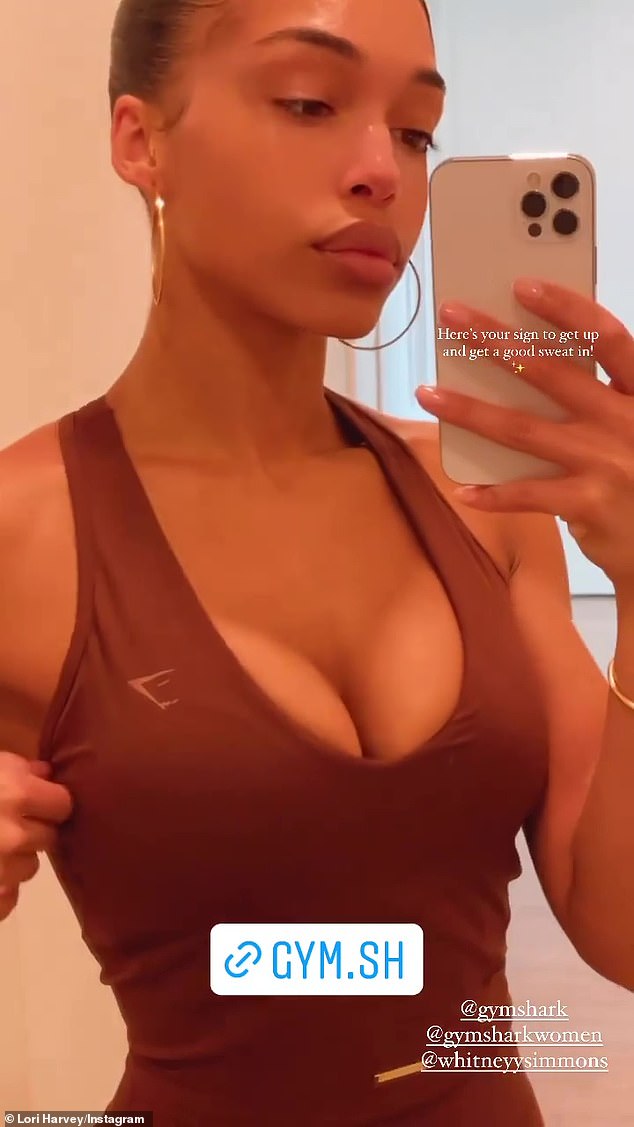 Gorgeous: Lori looked glamorous as she prepared to head to the gym, adding classic accessories to wear with her gym outfit

The businesswoman has been working hard and started her own skincare company called, SKN by LH in 2021.

In an interview with PopSugar, the model talked about why she started her own skincare brand, and mentioned that she suffers from sensitive skin conditions, such as rosacea.

‘It was definitely a focal point my peers would point out, like, ‘Why is your skin so red? What’s wrong with you?’ she explained to the publication.

Lori has done well to focus on her own success and to never give up, although sometimes, the industry has been tough for her.

‘There’s the feeling like, ‘I have to be successful because my dad is this successful giant,’ and of course wanting to impress your parents and make them proud,’ she stated.

Lori became the adopted daughter of TV personality and comedian, Steve Harvey, when her mother, Marjorie Harvey married the star in 2007. 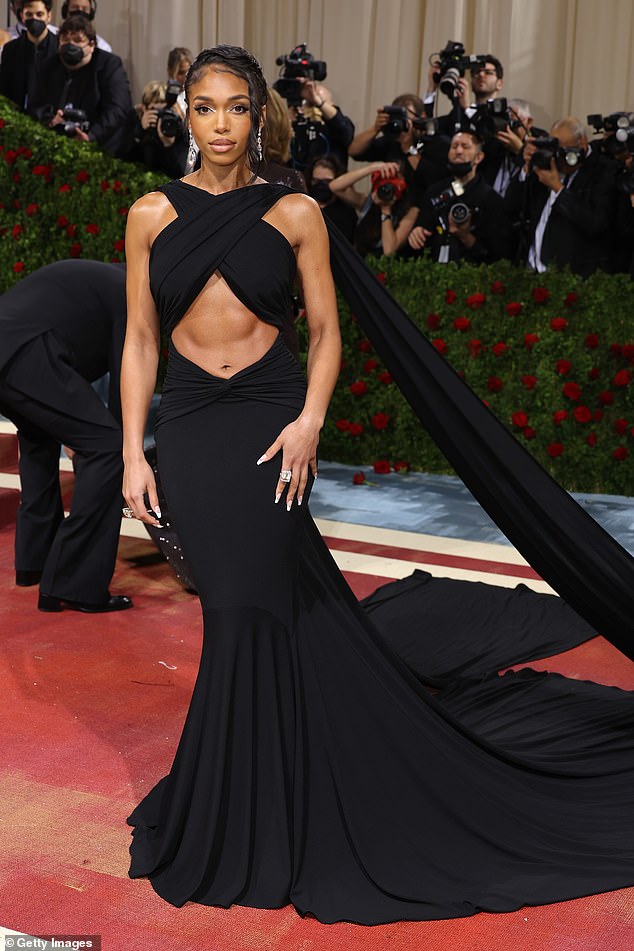 Stunning: The businesswoman looked drop-dead gorgeous in a sleek, black gown from Michael Kohrs that flaunted her toned abs at the 2022 MET Gala in New York City 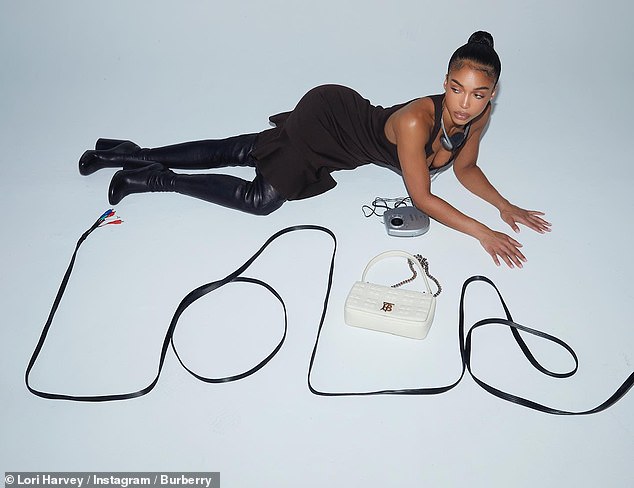 The Lola! Harvey is seen posing for a Burberry campaign for its classic Lola Bag, looking sleek and fabulous

In an interview with Harper’s Bazaar, the successful businesswoman discussed the brand and how it makes her feel, ‘confident, sexy, and powerful.’

She also opened up during the interview how her company has helped her to, ‘grow up.’

‘It made me learn how to be a leader and structure a team. It made me more responsible and gave me a business mindset,’ she said.