Love Island 2022: Paige and Adam are DUMPED from the villa one day before the final after being voted ‘least compatible’ – as Ekin-Su and Davide, Indiyah and Dami, Gemma and Luca and Tasha and Andrew prepare to battle for £50,000 prize

Paige Thorne and Adam Collard have been dumped from Love Island, just one day before the finale on Monday.

The 24-year-old was sent packing from the villa along with the 26-year-old, after the pair during Sunday’s episode after being voted ‘the least compatible’ by their fellow Islanders and the public.

Also at risk were couples, Davide and Ekin-Su, Luca and Gemma, Adam and Paige, Andrew and Tasha, who will go on to battle it out for the £50,000 prize. 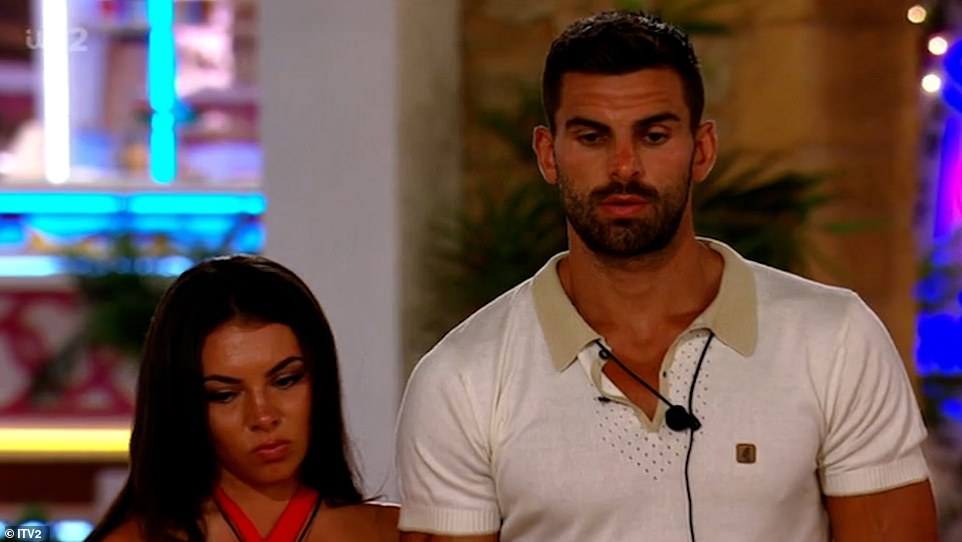 Uh-oh! Paige Thorne and Adam Collard have been dumped from Love Island, just one day before the finale on Monday

Earlier in the episode, Paige’s mum revealed wasn’t a fan of Adam, claiming she ‘wasn’t buying’ him.

She explained to her daughter: ‘The way you was with Jacques was completely different, you were a lot of more you and bouncy and full of personality, with Adam it seems a lot more different.’

But Paige argued: ‘With Jacques, he did bring out a different side of me, bubbly and all that but there were some bits that really weren’t okay.’